How to buy bread in a boulangerie:
what to order and how to ask for it

Boulangeries vary from the most basic with just a few types of bread and some croissants and pains au chocolats, to the occasional sublime taste palaces where you have to stop ordering when you can no longer fit anything into your greedy arms.

Here is a guide to the different breads and how to order in a French bakery, where nothing will be marked in English and little or no English is spoken (notable exception: the boulangerie in Oppede where the owners have lived in Australia). 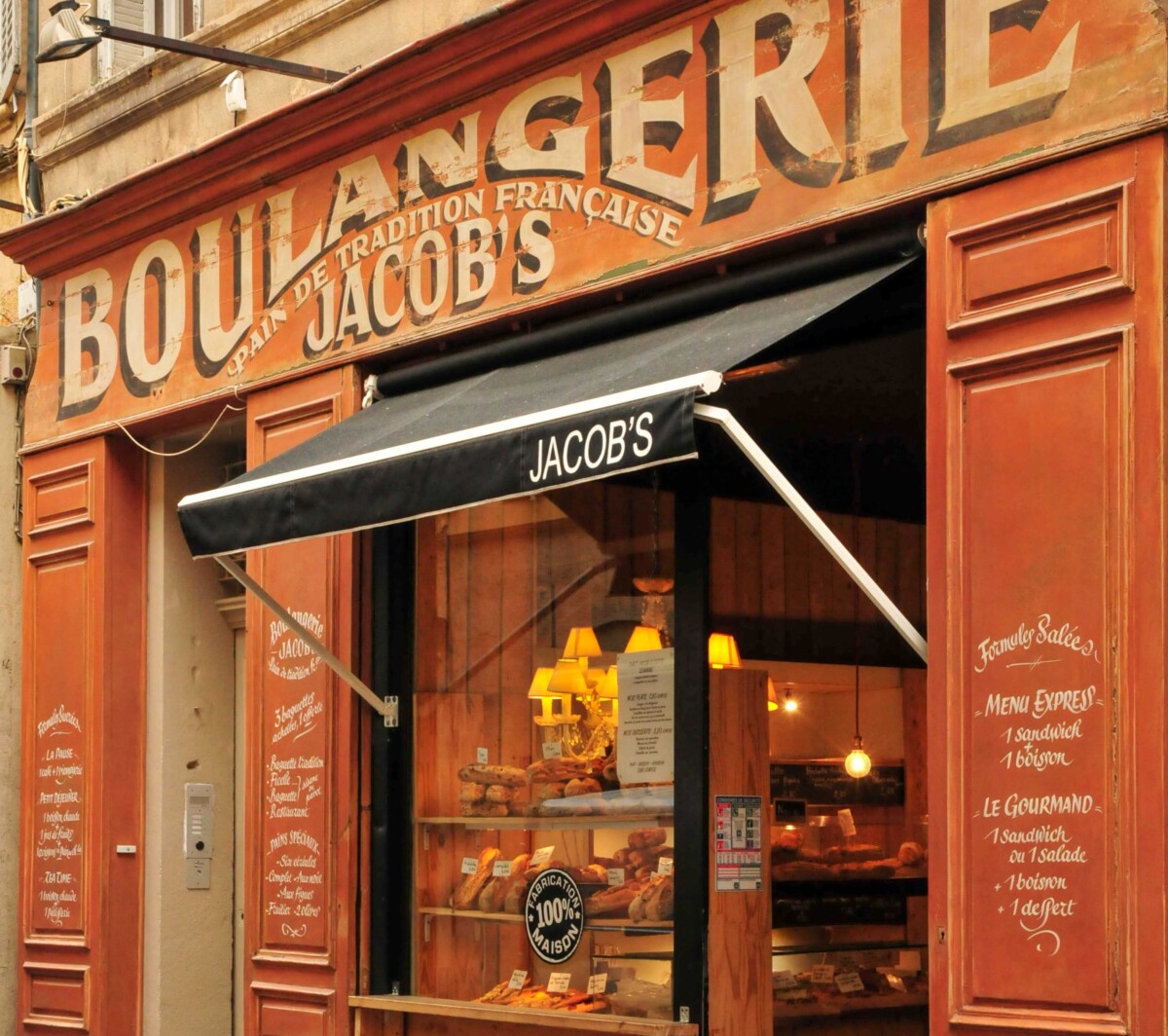 What to say in a boulangerie

What is said in a boulangerie follows an unvarying script.

As with any interaction in France, it is considered rude not to start by a quick exchange of bonjours, and you should also say something on departure like au revoir (bye), bonne journée (good day) or bonne soirée (good evening) if it is later in the day.

Let's say you are buying a baguette, go with Bonjour (slight pause to let them fit in their bonjour), une baguette s'il vous plait (one baguette please).

You will then inevitably be asked Et avec ceci? (Anything else with that?) or Ça sera tout? (Will that be all?). If you have ordered everything you need you then say C'est tout, merci (that's everything, thanks).

The most important staple in France is the daily baguette. Every day in France enough baguettes are sold to feed half a baguette to every man, woman and child in the country. These are not full of preservatives and so last no more than a day. In fact, if you are a real aficionado you would get a morning baguette for breakfast/lunch and one baked in the afternoon for dinner.

If you ask for a baguette (une baguette s'il vous plait) you will get a white baguette which will have a thin crust and soft interior with no great taste. This is the baguette normale, ordinaire or classique. Of course there is nothing wrong with preferring this type of baguette. 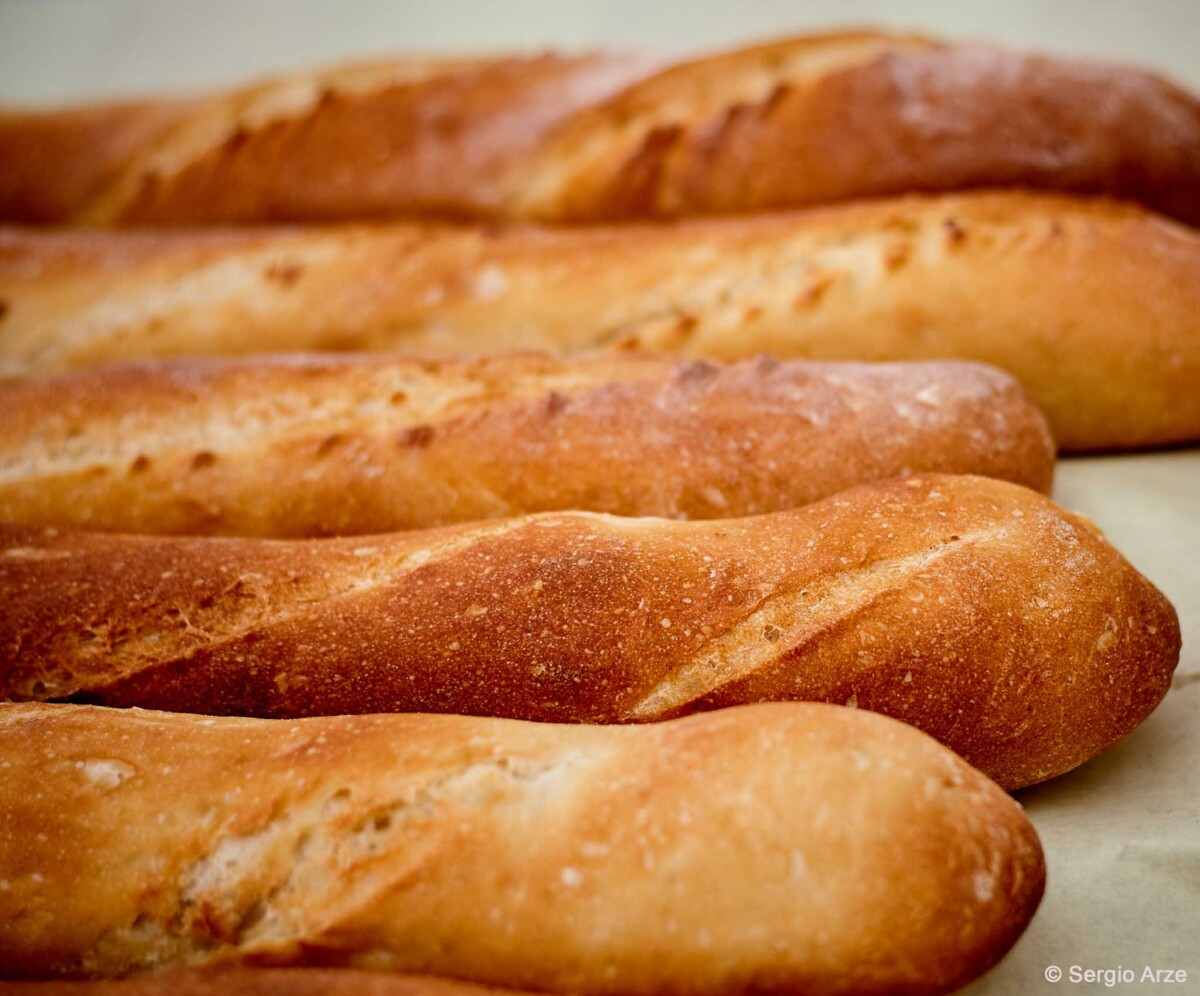 To upgrade to something more deserving of your attention ask for the darker, more rustic-looking baguette, usually called une tradition. A baguette de tradition is so called because it can only contain the most basic ingredients of bread: flour, yeast, salt and water. And it must be baked on the day it is sold. This is enshrined in the laws of France, that is how seriously the baguette is taken. 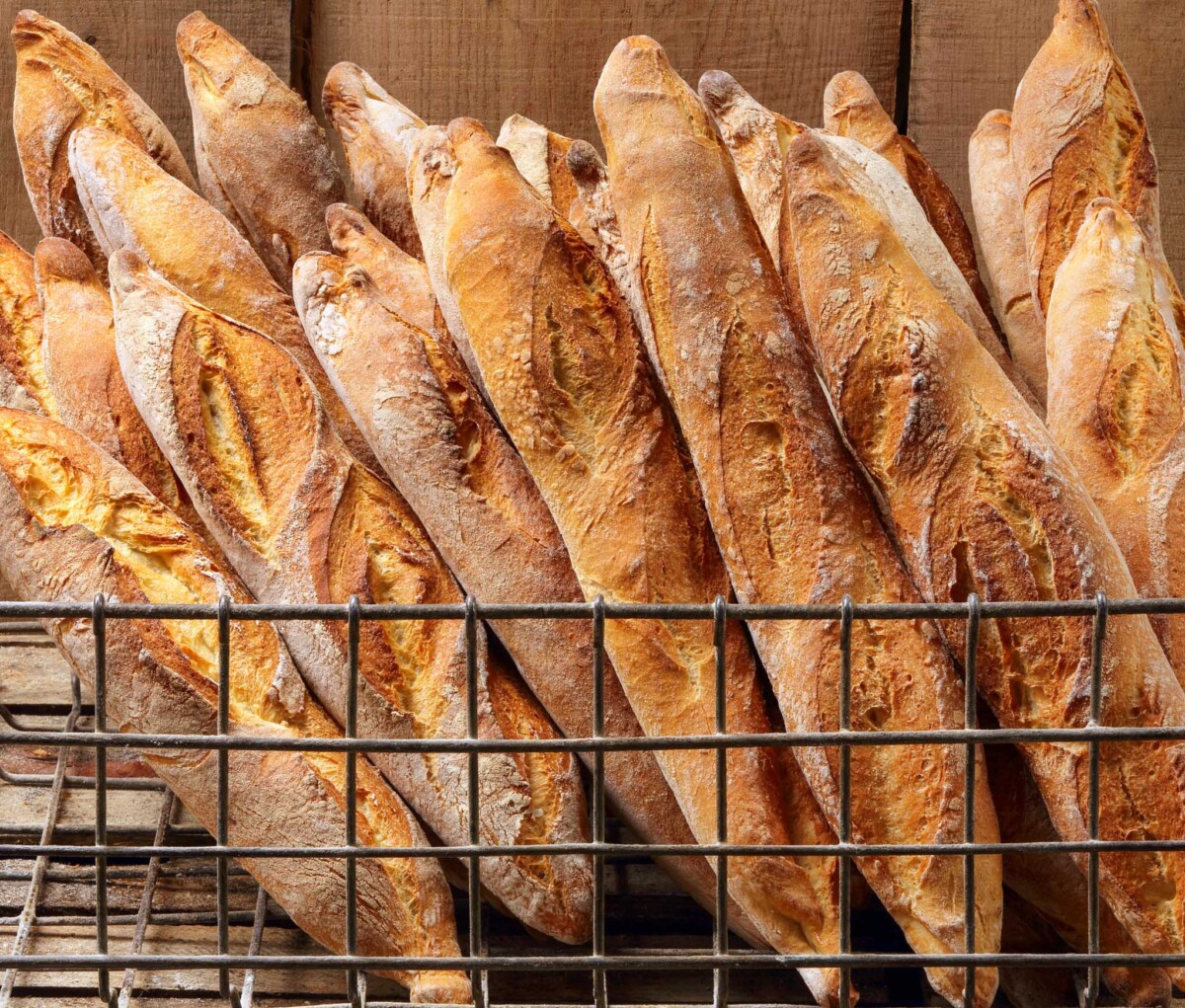 If your tastebuds go back beyond 30 years you may hanker for the ordinary baguette, because the tradition was only created in 1993. Maybe it is like the difference between white and brown sliced bread. As a child you preferred white but now you may prefer brown.

A baguette ordinaire is allowed to contain additives and be made from frozen ingredients. A tradition - jamais! This is why the tradition costs a little more than the ordinary baguette.

Some boulangeries will also sell you a half-baguette (une demi-baguette), they'll just cut one in half or you may see a remaining half in the display. Some also make a half-sized baguette.

When you bite into the end of the baguette as you leave the boulangerie, which you will do even though it is not a legal requirement, you are eating the quignon.

There are plenty of variations of the baguette, varying the shape and size, here are the most common:

A ficelle (translation: string) is a thinner and shorter baguette, if the regular size is too much for your needs. The ficelle is also ideal for stuffing with a frankfurter.

A flute is like a bigger, bulked-out baguette. It's good for when you need a bigger surface area to put something on. (Note that in some regions the flute is actually smaller than a normal baguette, just to confuse you).

The flute can be either bigger or smaller than a baguette

The sarmentine is basically a baguette with a cleft in each end, like a serpent's tongue.

Pain d'épi is shaped like an ear of wheat, and is something you would buy to add visual interest to your table. It also is easily broken down into its sections. 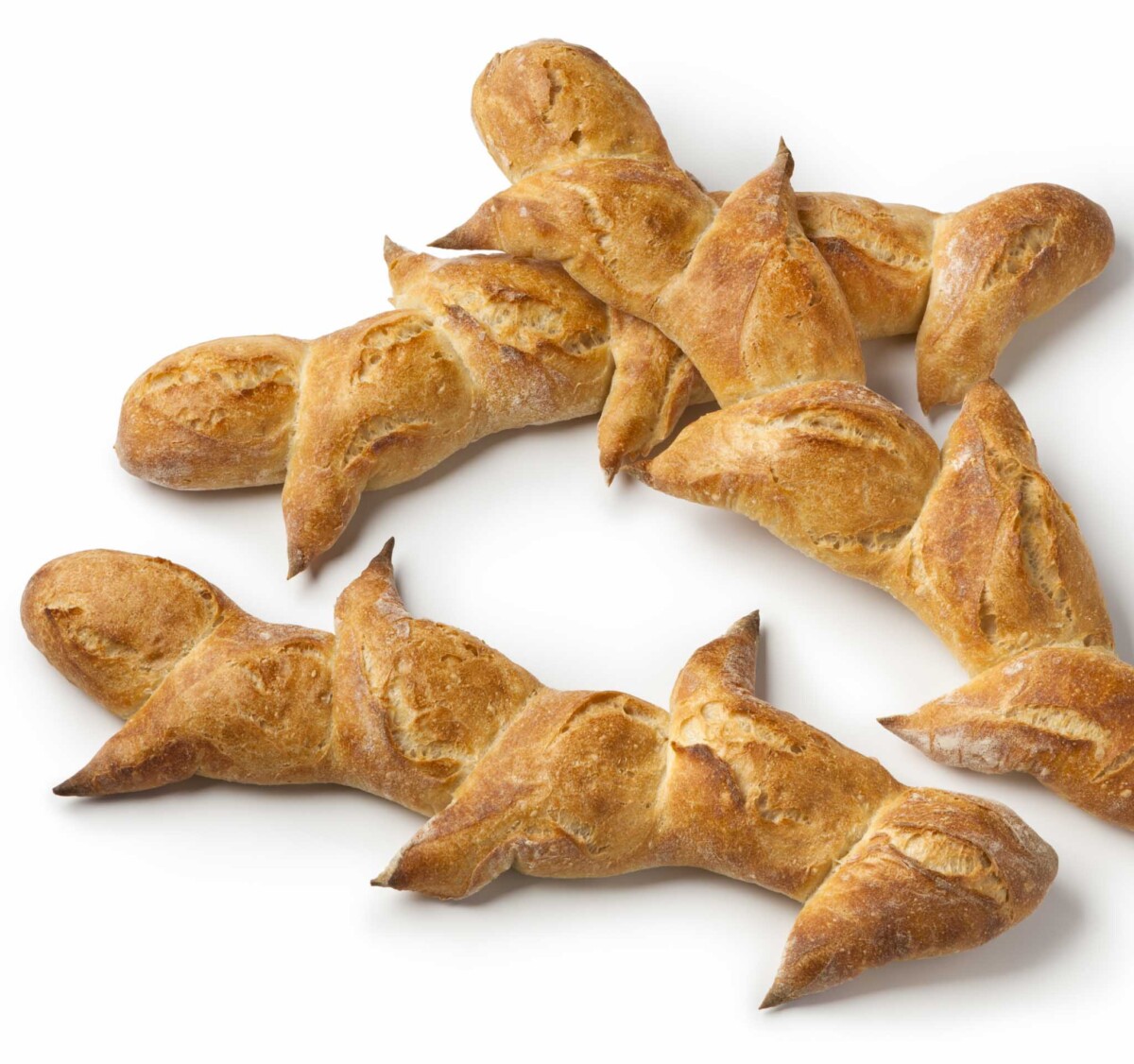 A viennoise is only good for breakfast as it is a sweet bread the consistency of brioche.

A batard is like a baguette but much shorter. 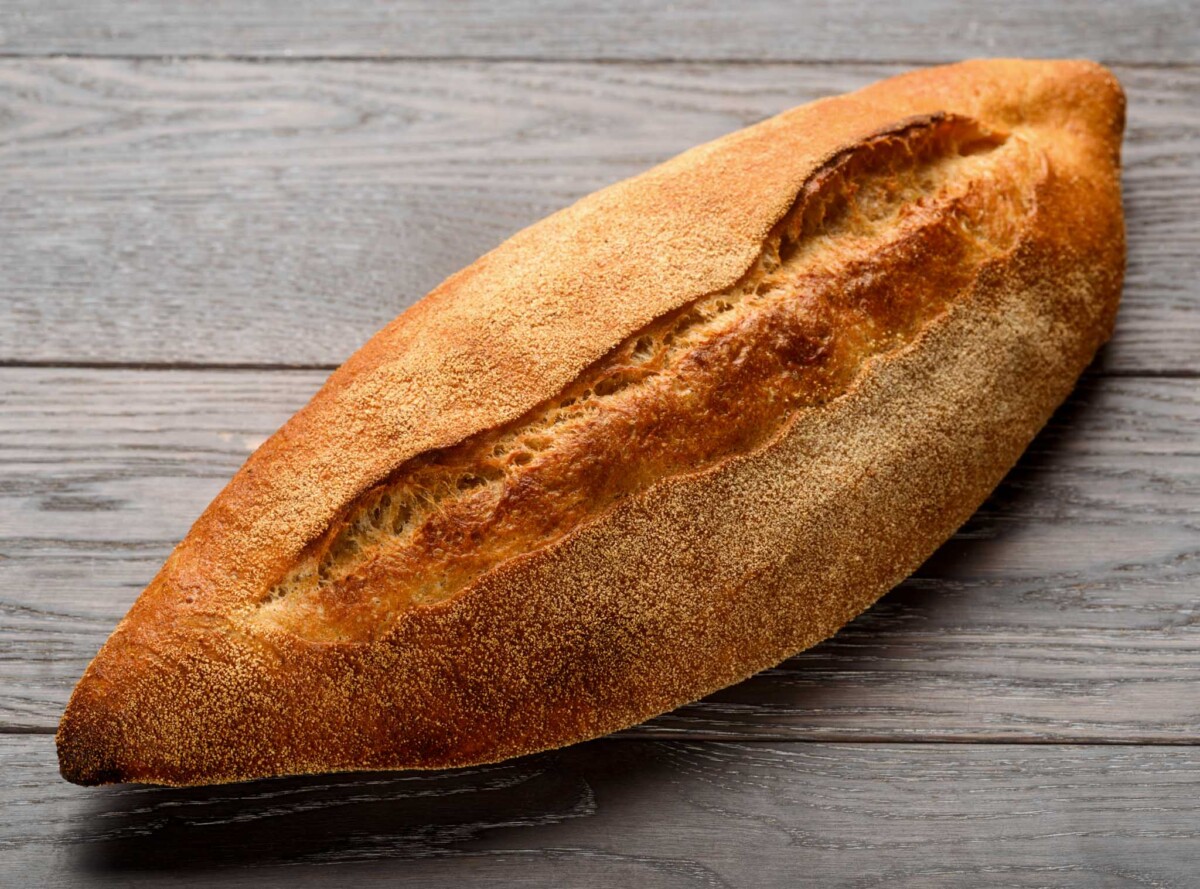 And in bigger bakeries you may find all sorts of variations with seeds, grains, cereals, fruits, nuts, olives - too many to describe, just follow your stomach and buy one that looks good to you. If you want organic bread look for the word 'bio', as in 'pain bio'.

You may never look beyond the racks of baguettes in a boulangerie, but there are plenty of other bread varieties available, after all the baguette was only invented in the 1920s.

Here you need another line of French to add to the script. When you buy a loaf you will often be asked if you want it passed through the slicing machine. You will be asked en tranche? (sliced?). If you want to cut it up yourself at home say non merci.

Translates to 'country bread'. This was the predominant bread before the baguette. It's a roundish loaf, sometimes also called a pain boule (ball of bread), which is where the word boulanger comes from. If it's au levain that means it is sourdough. If it's complet, that's wholemeal. 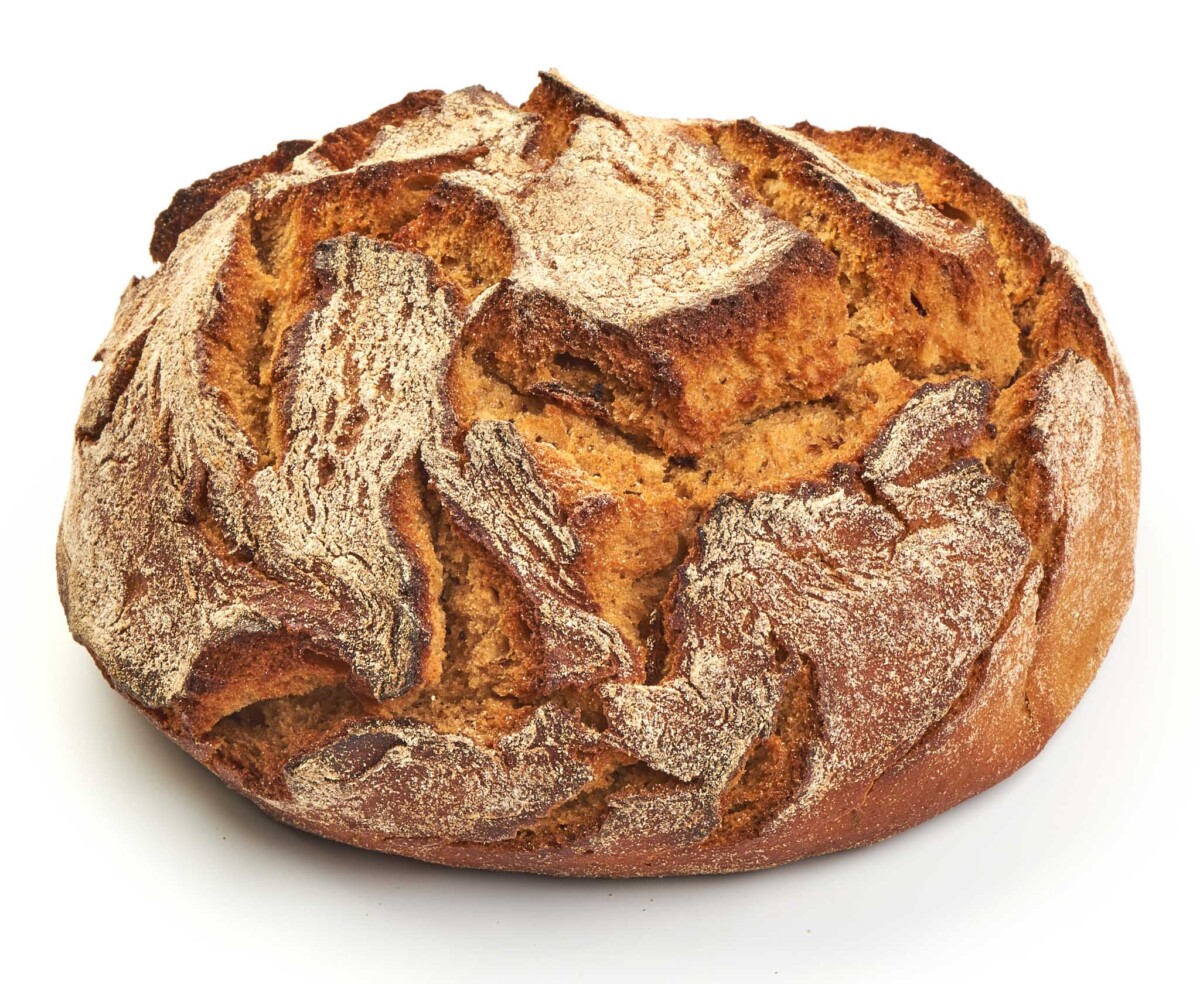 Pain de campagne, or en boule (where the word boulanger comes from)

This is bread made with other cereals than wheat, could be barley, oat, millet, rye, corn, and will tend to have seeds too like sunflower, poppy or sesame. The ingredients will vary from bakery to bakery. The healthy option! 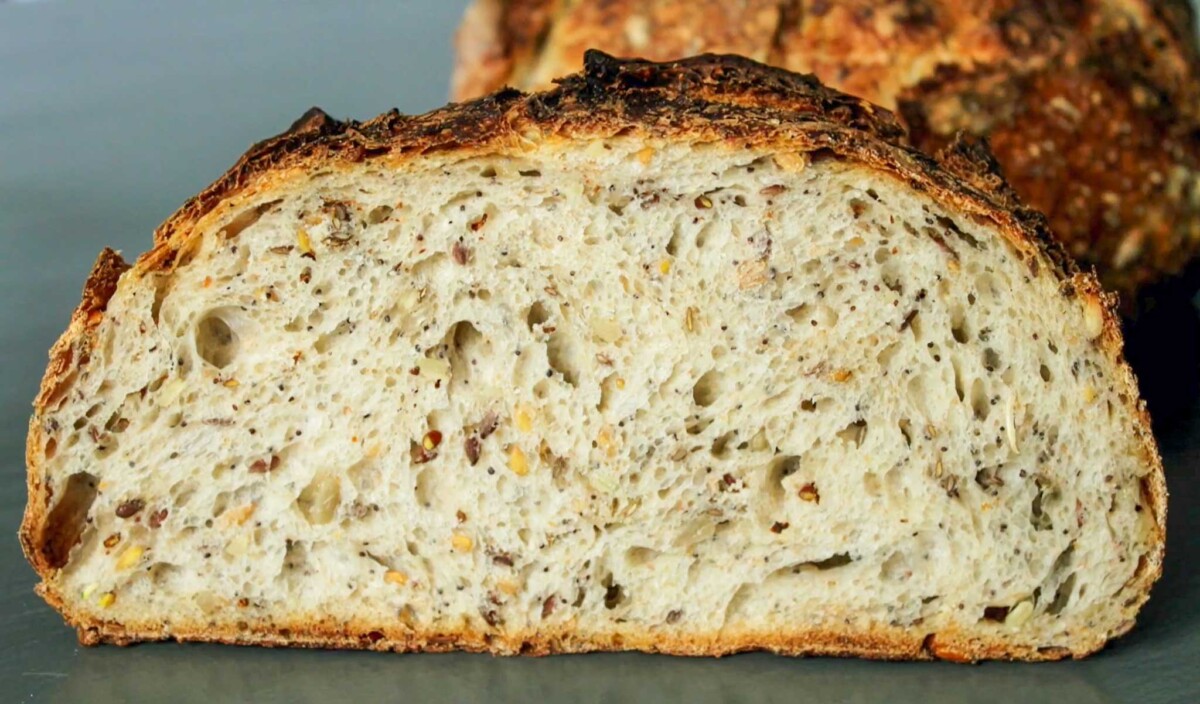 Rye bread, the darker and denser bread that is delicious with oysters or smoked salmon for example. 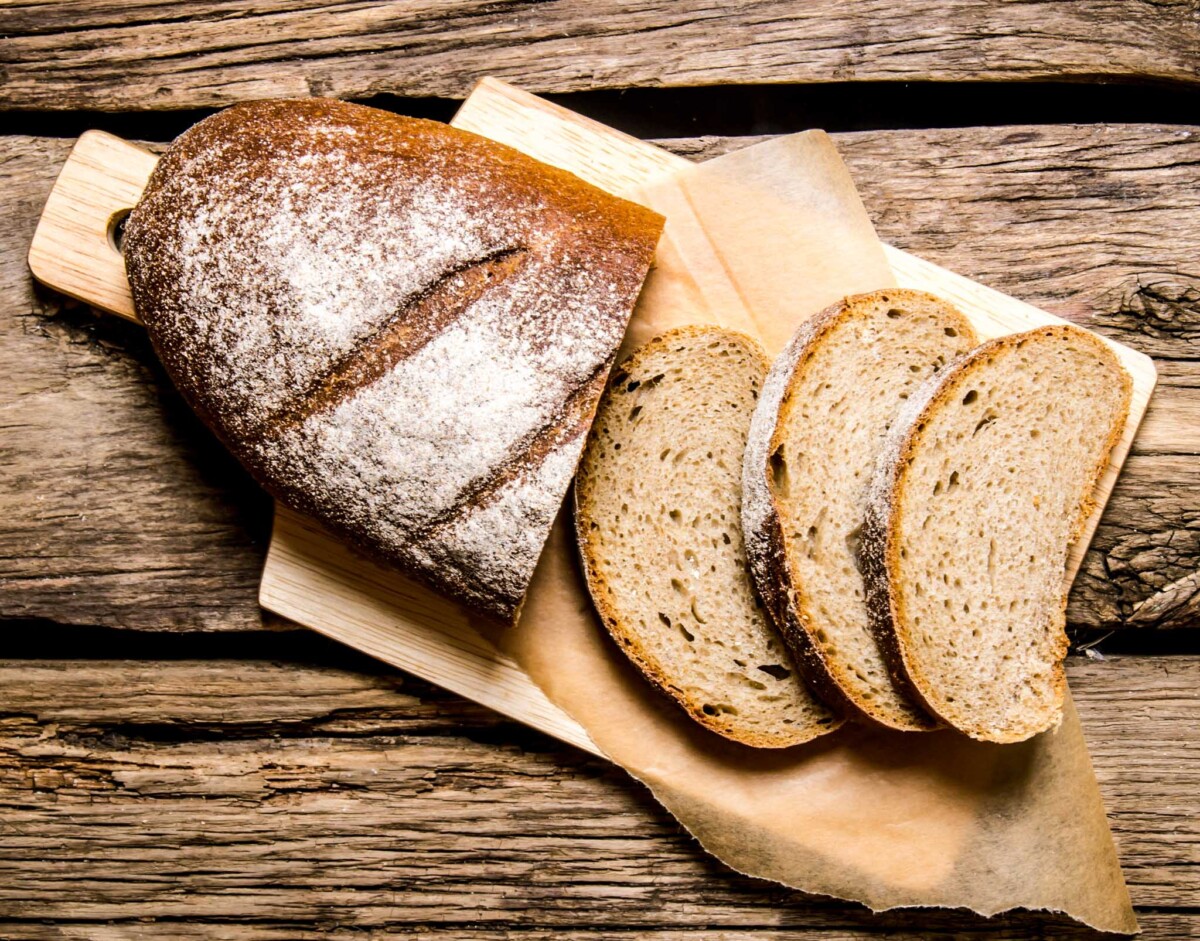 Pain de seigle, made with rye

A Provence specialty, fougasse as its name suggests is close to the Italian focaccia, a flatter, lighter bread invariably in different flavours like olive, anchovy, bacon, herbes de Provence. It is usually shaped like leaves and an accompaniment rather than a sandwich bread. Usually on show near the till, a fougasse is often added as an impulse buy because it looks so darned tasty. 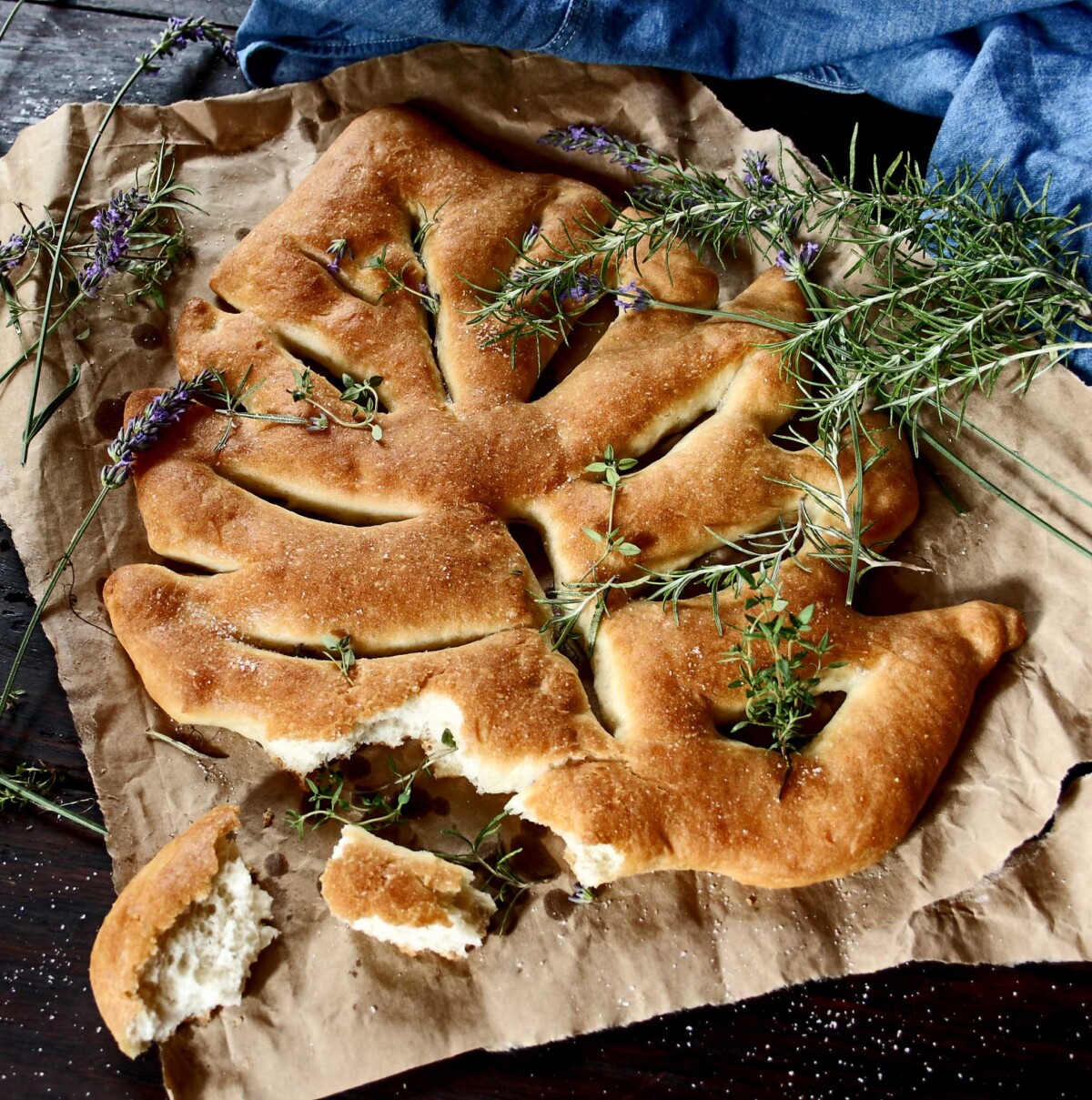 Fougasse, this one with herbes de Provence

How do you know if you are buying bread made that day on the premises? Look at the outside of the bakery. It cannot use the word boulangerie if it does not make its own bread from fresh ingredients.

Even if you find yourself in a village too small to have its own boulangerie, if it has a little grocery or bar these will probably act as a dépot de pain, meaning they has bought-in bread for sale, which may also be delicious.

And don't buy bread in a supermarket...

The temptation will be to arrive in Provence, go to the supermarket to get all your provisions, and just pick up your bread there too. Don't do this. It may be more convenient but supermarket bread is a nowhere near as good as the real thing, and you are on holiday so you have time. And when you buy bread from the bakery you are supporting one of the greatest things about the French way of life: the village boulangerie.

More from the Luberon Journal 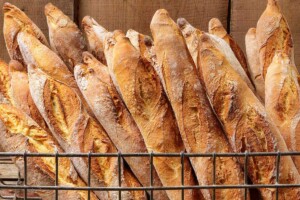 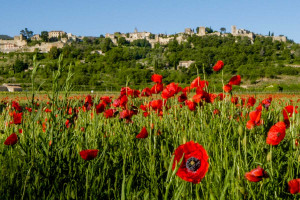 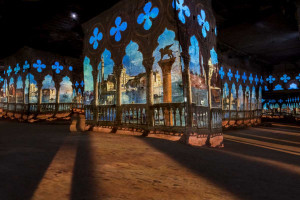 find your next Luberon, Provence rental