Castles of the Luberon

let the stones tell their story

Every village in the Luberon was built around a castle or some form of defensive structure, and many of them remain, in differing states, from a few walls to entirely preserved buildings. Some are privately owned and not open to the public, but some can be visited.

The Luberon’s castles date back as far as the 10th century. In the 13th and 14th centuries bigger and more defensive castles were built (for instance at Avignon and Tarascon). In the Renaissance we see a change in the role of castles, from military to residential. Larger windows, bigger volumes, sculptures and carvings in the stone, grand chimneys – the hallmarks of civilised living now became considerations for chateau-dwellers.

Below are the most interesting chateaux of the Luberon and surrounding areas that can be visited. Some can only be visited from the outside but are still worth it. 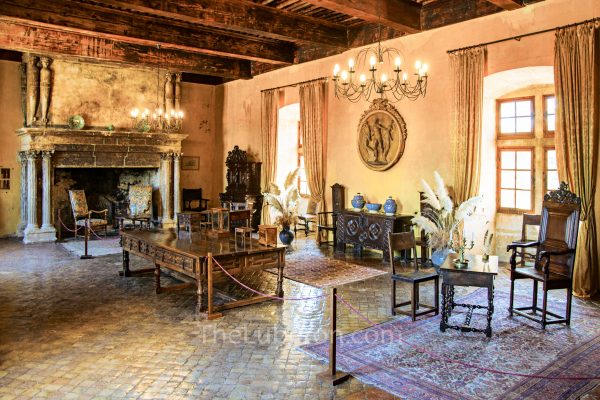 Lourmarin was the first Renaissance castle built in Provence. Unlike other castles here it is outside the village, across a field, surrounded by olive trees, and very picturesque. Lourmarin Castle can be visited and is used for exhibitions and concerts. 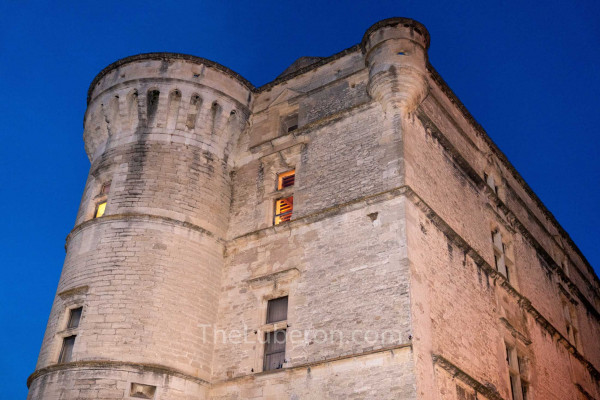 Preserved and standing tall in the middle of the village, Gordes Castle was started in the 11th century and combines medieval and Renaissance architecture in its imposing structure. It has a massive fireplace which is a historical monument by itself. Gordes Castle hosts art expos and other exhibitions on its top three floors. 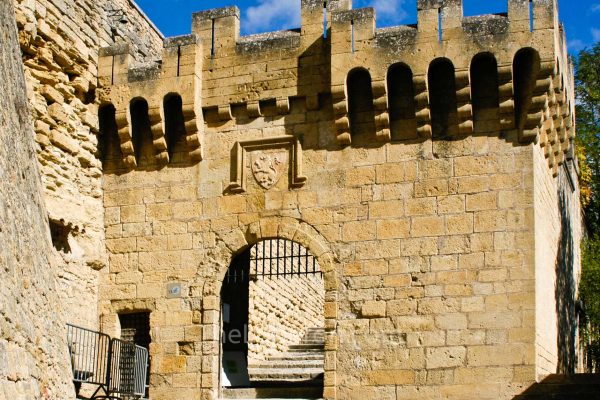 Ansouis Castle has withstood all the warfare, revolutions and sieges since 961 and is very well preserved, part-medieval and part-Renaissance. Maybe this is because it has been privately owned for centuries. You can take a tour with the current owner, afternoons only and in French. Inside are beautiful furniture and tapestries from the 17th and 18th centuries and some stunning plasterwork. 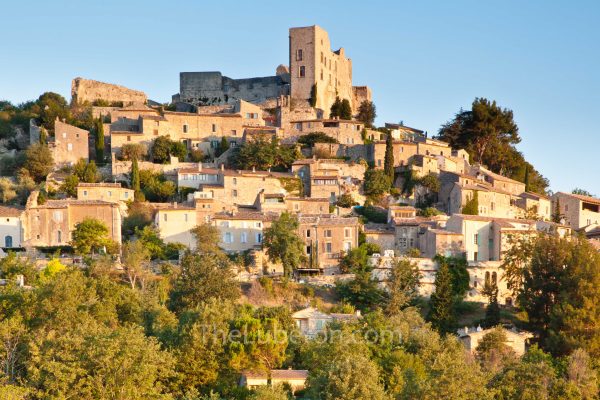 For years the Marquis de Sade’s haunting castle at the top of Lacoste was abandoned. De Sade came here in the 17th century to escape the uproar his behaviour sparked in Paris. In the 20th century a local man spent 40 years singlehandedly restoring it, and this was continued by the fashion designer Pierre Cardin. You can’t go inside but you can walk around it and take in the inspiring view over the valley to Bonnieux. Cardin has also planted a couple of contemporary sculptures outside. 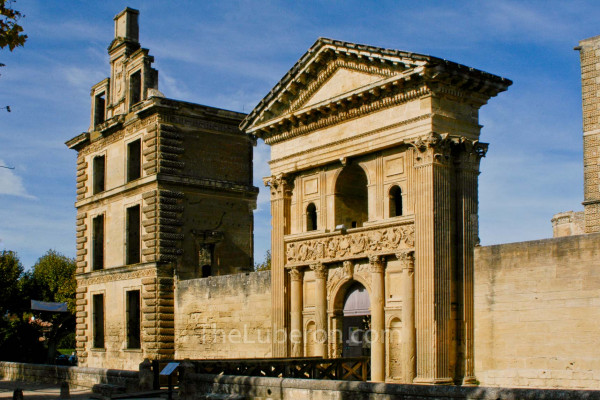 Among the most spectacular ruins in Provence is the chateau at La Tour d’Aigues. The structure looks like a theatre set, much of the facade at the front is standing on its own, with the central dungeon tower also intact. One can see this was probably the most beautiful Renaissance chateau in Provence. Today it is used for cultural events and markets. 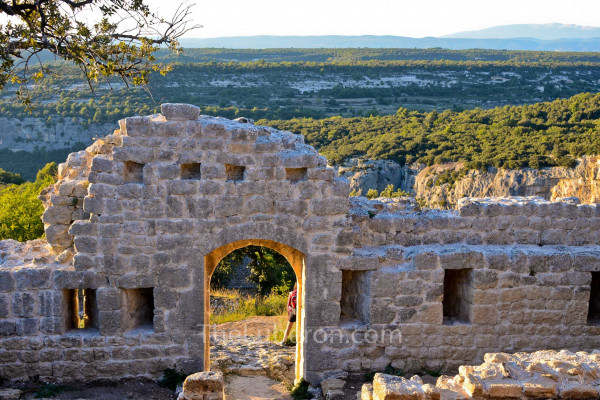 Not to be confused with the Chateau de Buoux, which is closed to the public, the Fort of Buoux is a walk up to what feels like the top of the world, with distant views to the Mont Ventoux. Louis XIV demanded it be destroyed but intriguing vestiges of the fort remain and blend in with the rock they sit on. Come at sunset to get the feeling of centuries of history concentrated in one spot. 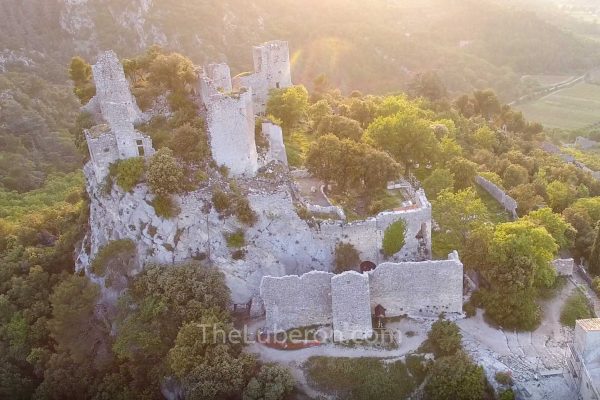 Oppede-le-vieux is still like a medieval village, with its old village walls, cobbled paths, homes hewn into the mountain rock, and then the spectacular castle and church above the village – a 10-minute walk up a stone path. The castle is perched on a spur, and although many of its stones can be seen in the old houses of the village, there is enough standing to get a good idea. The castle is currently closed off with a view to making it safe to visit. 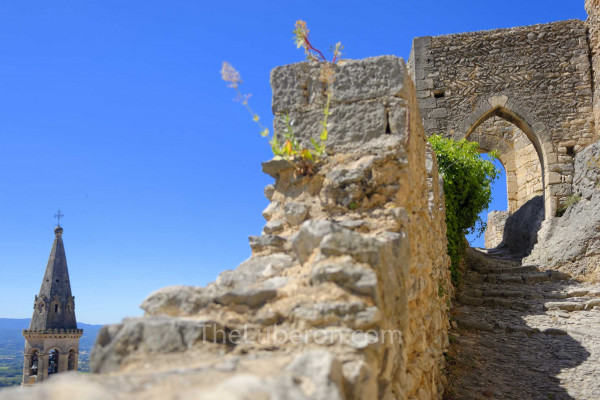 This is one of the least present chateaux in the region, just a few bits of wall and outlines of the fortifications remain, but the ridge they are laid out on offers wonderful views of the Luberon, and is topped by an 11th century chapel that did survive. 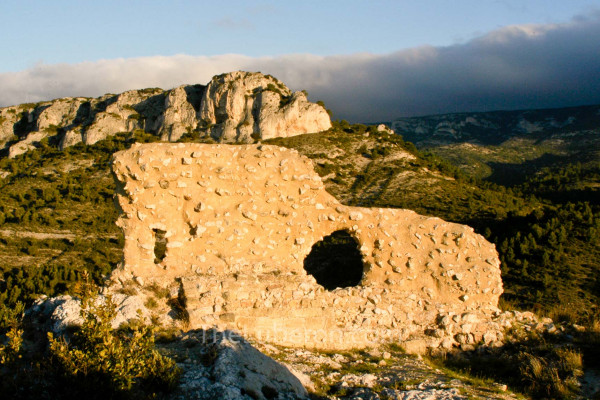 Very little remains of the castle at the top of the village, which abandoned this high promontory for a more favourable spot lower down. But there are great views south and onto the Luberon, and this is a good spot to set off on a mountain hike. 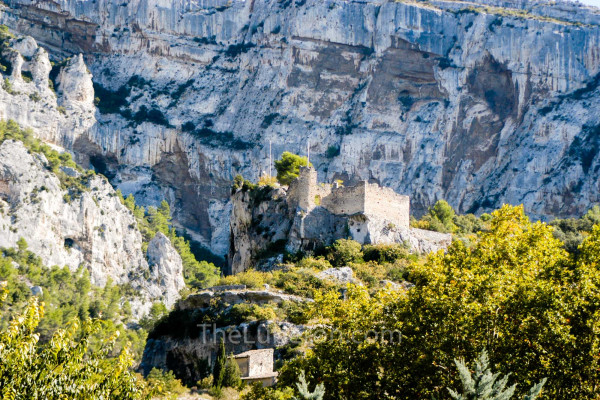 This little, ruined 14th century castle is balanced on a sharp hill above the spectacular Fontaine de Vaucluse. It is where the Bishops of Cavaillon used to come to put their feet up. You can get there up a steep path, following in the footsteps of the poet Petrarch who used to come and chat to the bishop. This is not recommended for young children.

Castles beyond the Luberon 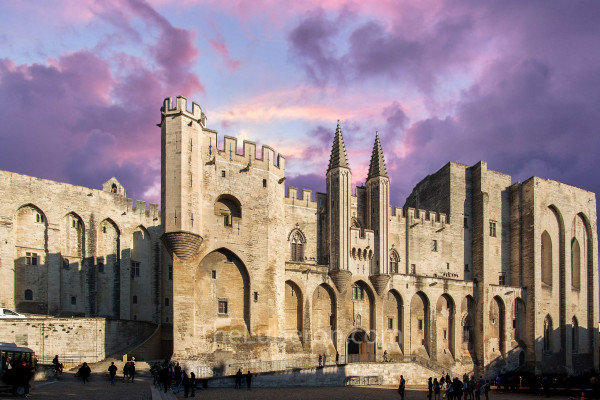 THE PALACE OF THE POPES, AVIGNON

The vast Palais des Papes, part defensive castle, part palace, was built when the Popes were temporarily residing here in the 1300s. This is biggest Gothic building in Europe. the size of 4 cathedrals. It is in the centre of town and a must-see when visiting Avignon. 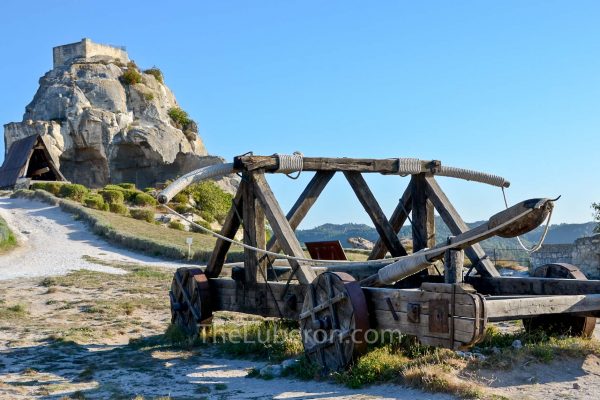 Les Baux is on a spectacular rock plateau 900 feet up in the sky with views south over the Alpilles, and to Arles and the Camargue. Les Baux is so rich in remains that in this small village there are no fewer than 22 classified historic monuments. Note that most of the world comes to Les Baux in July-August so if that is when you are here, come early. 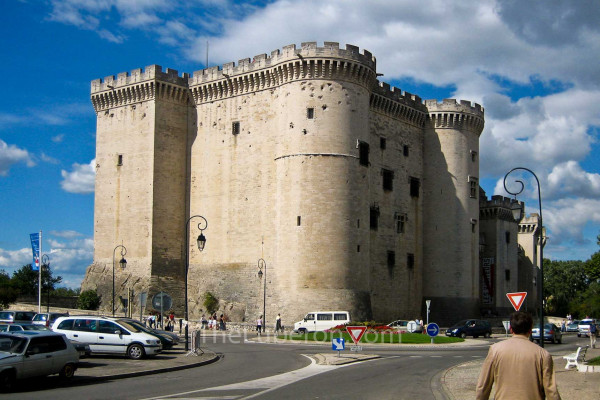 One of the great forts of France, started by Louis I in 1380, Tarascon Castle sits on the bank of the Rhone, like a castle should look in storybooks – with turrets, crenellations and a moat. Its rooms have grand dimensions, and are empty except for some tapestries and the graffiti of English sailors imprisoned here in the 1770s. 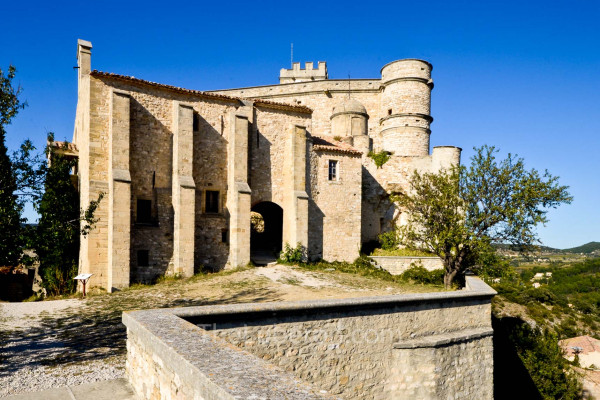 The village of Le Barroux in the Ventoux area is dominated by its Renaissance castle, which was originally built in the 1100s to defend against the Saracen hordes. Parts of Le Barroux castle can be visited, and it hosts various cultural events. At this highest point of the village you get fabulous views over the rooftops to the Monts de Vaucluse, the Dentelles de Montmirail and the Mont Ventoux.