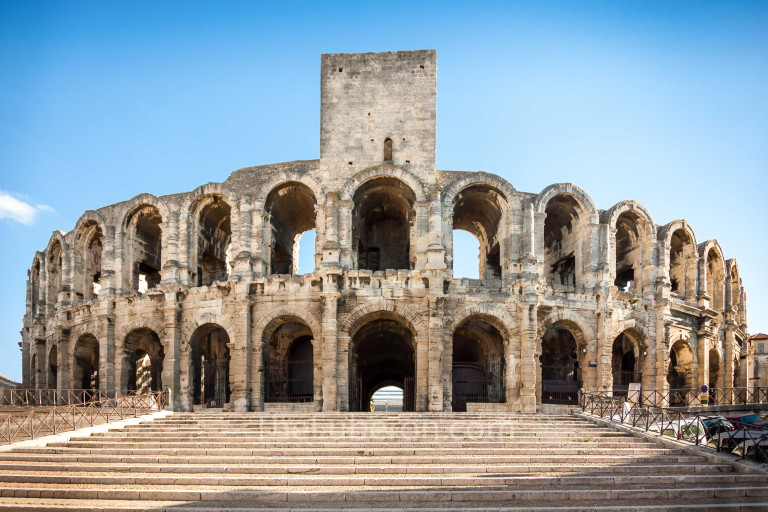 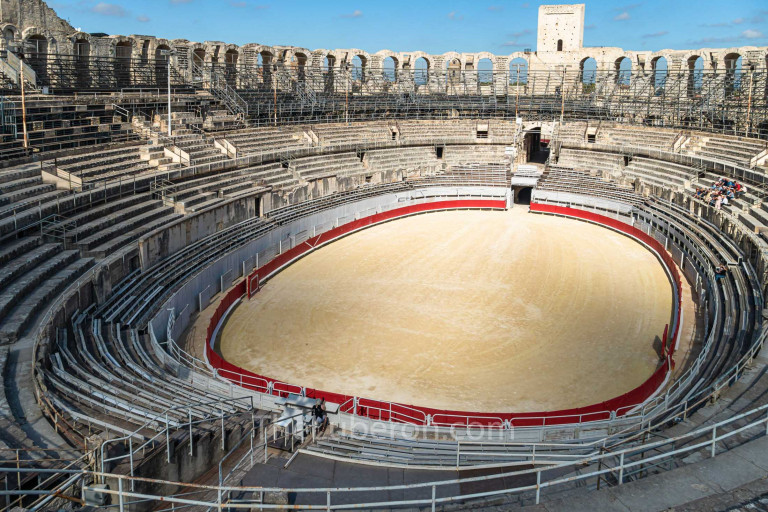 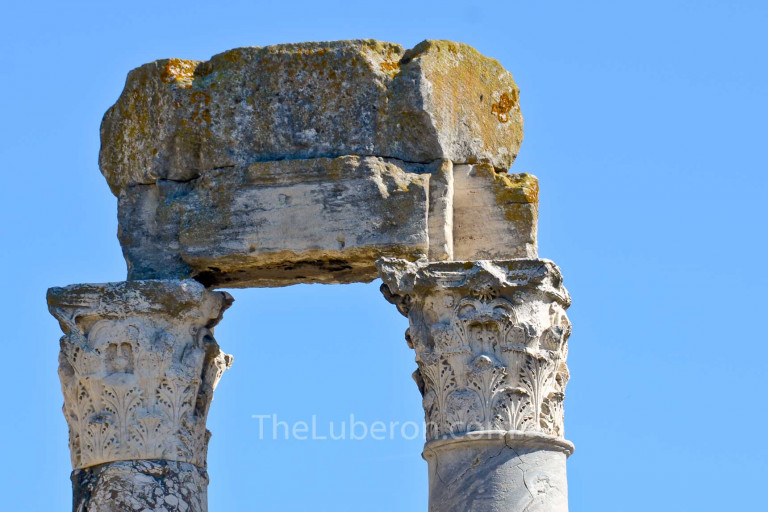 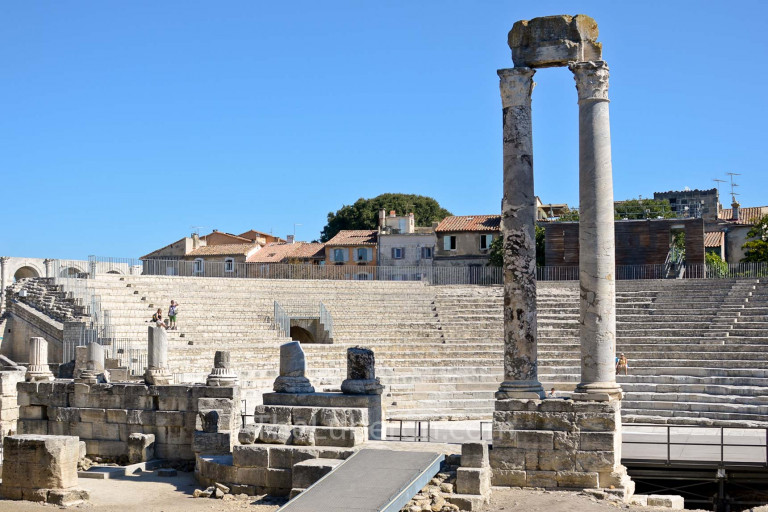 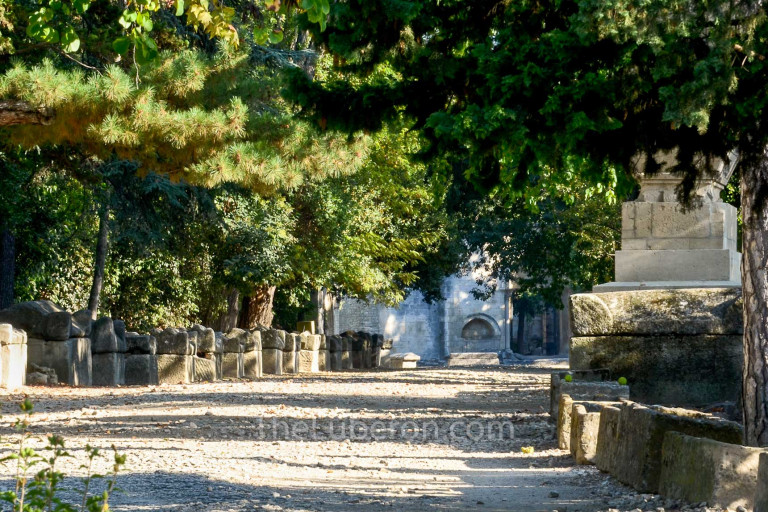 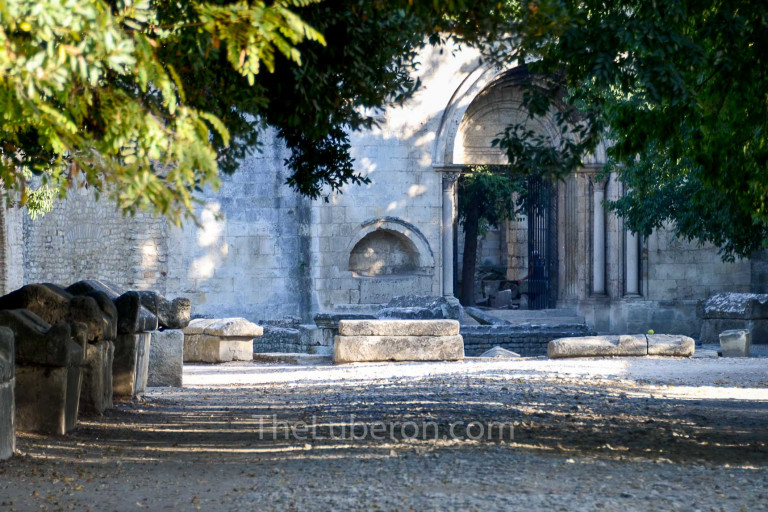 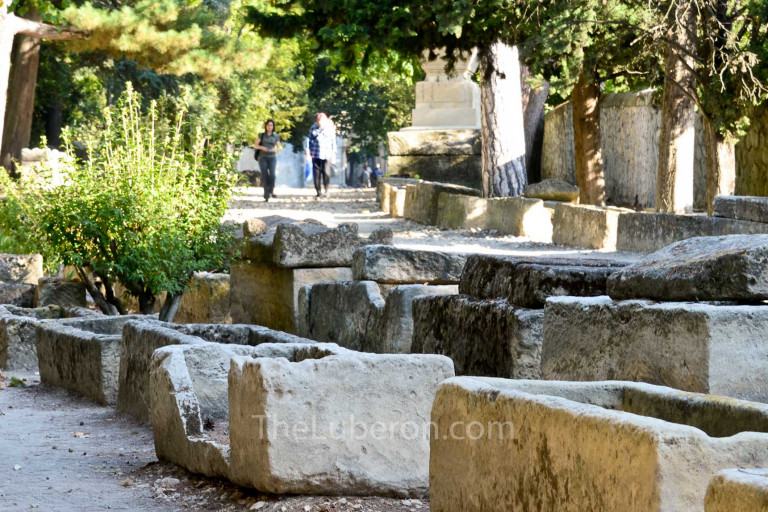 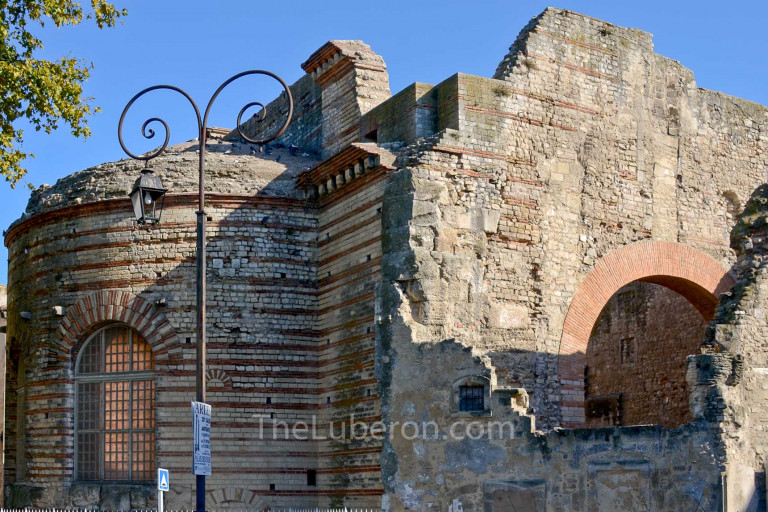 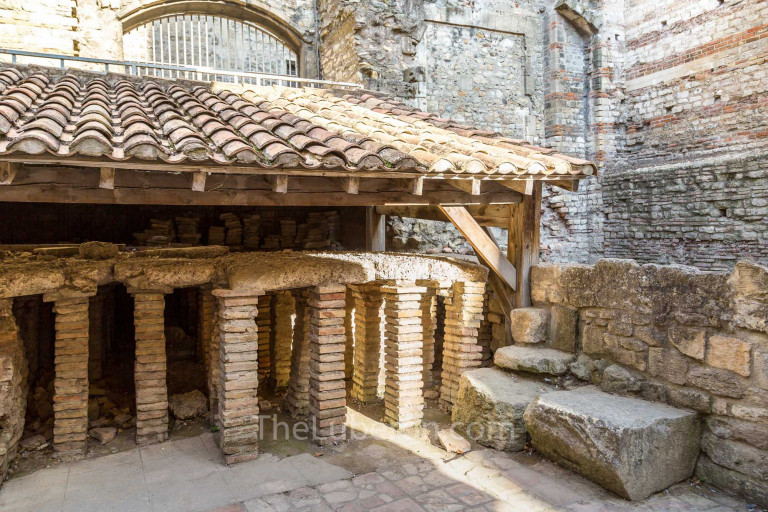 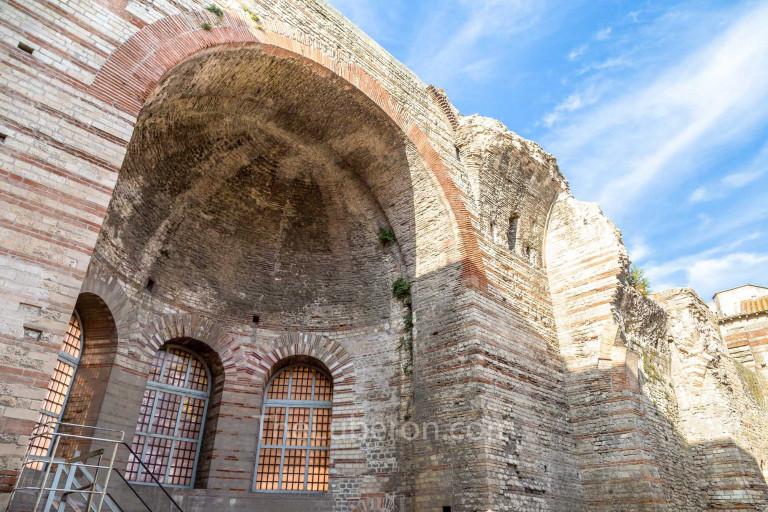 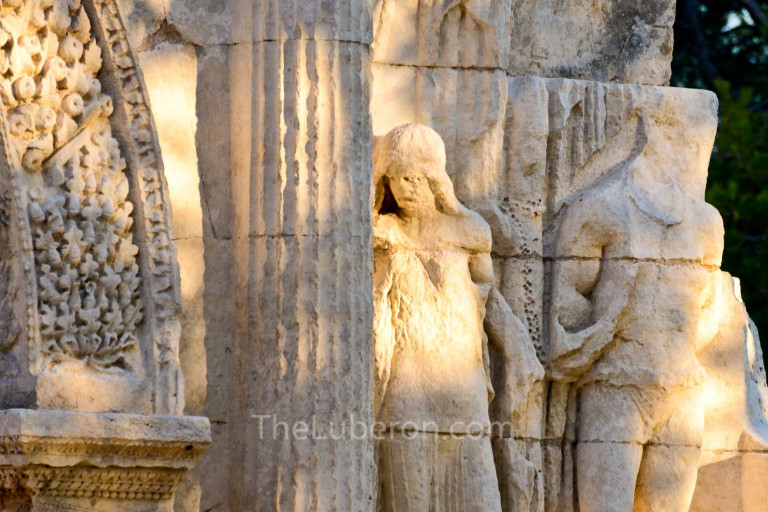 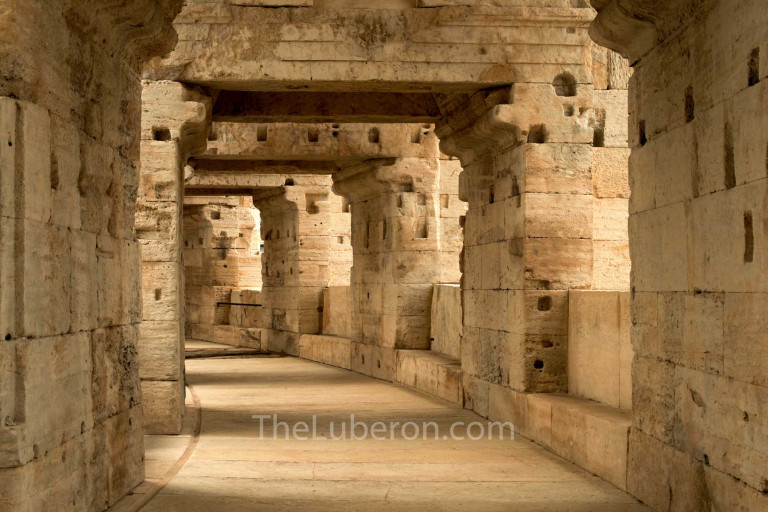 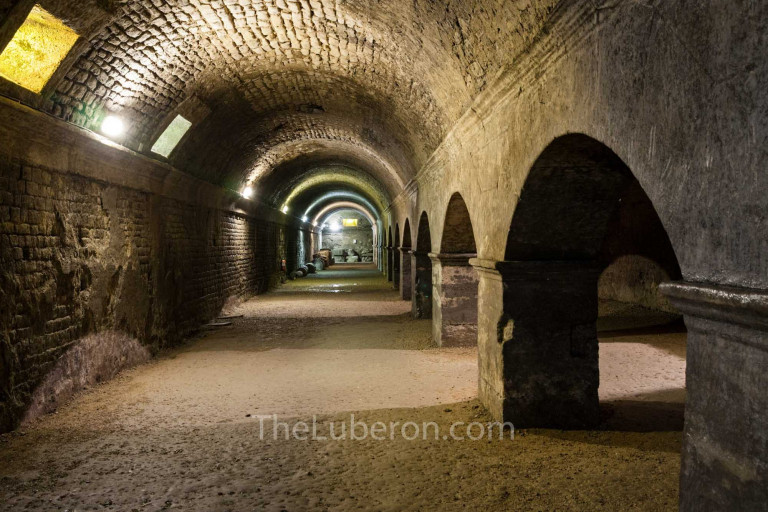 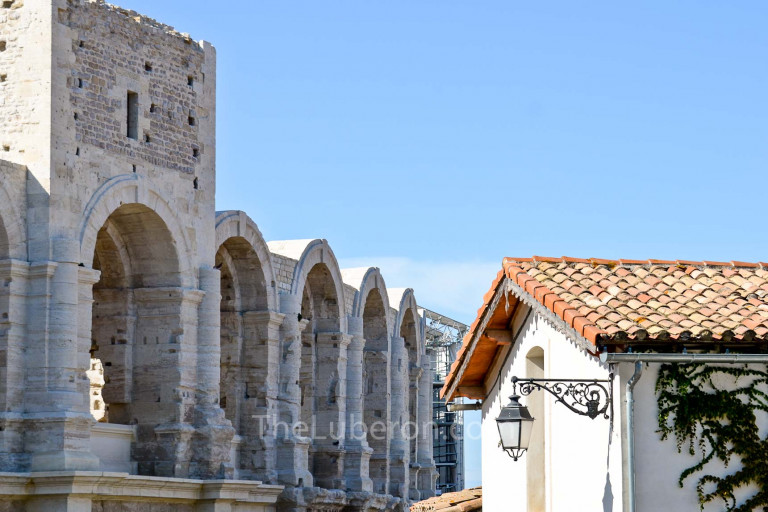 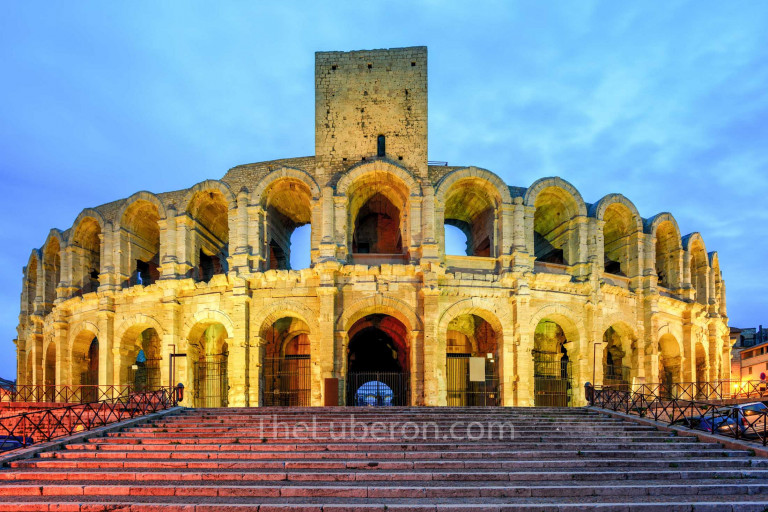 Caesar made Arles a Roman colony in 46 BC and it became the crossroads for trade between Italy, Spain and the Rhone, and consequently a ‘little Rome’. It grew quickly and was adorned with its own amphitheatre, a basilica, a circus, triumphal arches and temples. Its baths were as big as those in Rome. Over time much has been dismantled, but there still remains much to see today, and you can see everything for one price with a city pass - details are at the bottom of this page. 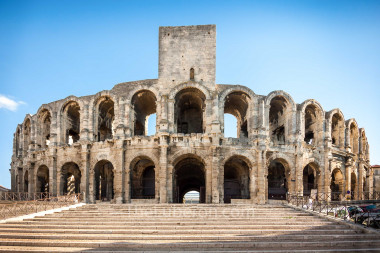 Most Roman buildings in Arles were dismantled for their stones, but the amphitheatre – Les Arènes – has largely survived. It would originally have been one arcade higher and marble-clad, and seated over 20,000 to enjoy the carnage of gladiator fights and other amusements. It is still very impressive with its 60 arches on each level, and today draws the crowds for (bull-friendly) bull-fighting from Easter to September. 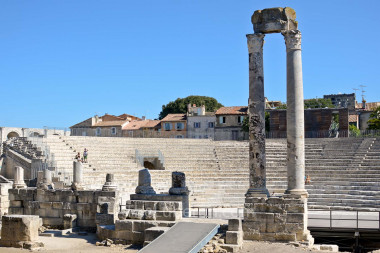 The Théatre Antique, built in the reign of Augustus, was less fortunate and mostly dismantled in the 5th century – it would originally have been grander than the famous Roman theatre at Orange. Now only ghostly columns, some seats and the orchestra stand testimony to its former grandeur. Some statues and objects from the site are at the Musée Départementale Arles Antique (see below), but for the most famous piece, the Venus d’Arles, you would have to go to the Louvre in Paris.

The one aspect of Constantine’s palace in Arles that remains is the well-preserved baths (Thermes de Constantin or Constantine Baths). Only part of the baths are exposed but it is an interesting visit nonetheless and a World Heritage Site.

The Roman period takes pride of place at the Musée Départementale Arles Antique, with sculptures and mosaics, decorated sarcophagi, and some exceptional models showing how the city centre looked in Roman times. 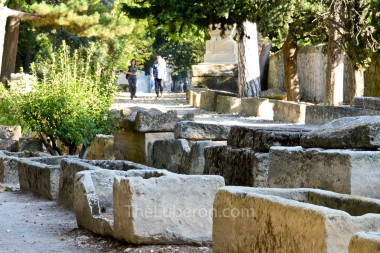 The sarcophagi are from the Alyscamps, a burial site for prominent Romans superseded by medieval tombs. Just south of the centre of Arles, the Alyscamps is an atmospheric place with its tombs strewn about and at one end the St Honorat Priory, which is on the Santiago de Compostela pilgrimage route. Alyscamps is thought to be a corruption of Elisii campi, meaning Elysian Fields - in Roman mythology the last resting place of heroes. 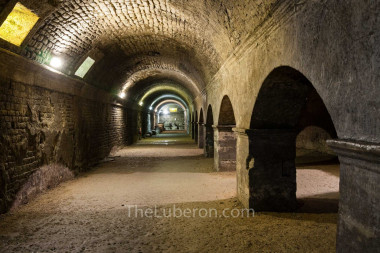 Under the town hall (hotel de ville) is an unexpected treat from the Roman era - the cryptoportiques of Arles. If you are not into history or Rome, this will be just a long, rather dark, vaulted tunnel, offering welcome coolness on a hot day. But if you are intrigued by the past, this atmospheric and perfectly intact construction gives you the same experience a Roman would have had in the foundations of the main square. You can see the chisel marks in the stones. The cryptoportiques are accessed via the hotel de ville.

The best way to see the roman remains of Arles is with a city pass, available from the Arles tourism office, either in person or online.

There are two passes: Advantage Pass - gives you access to everything mentioned on this page plus the St Trophime cloister for 16 euros, a saving of 20.50 euros. Liberté Pass - access to 1 museum and 4 monuments of your choice, for 12 euros.