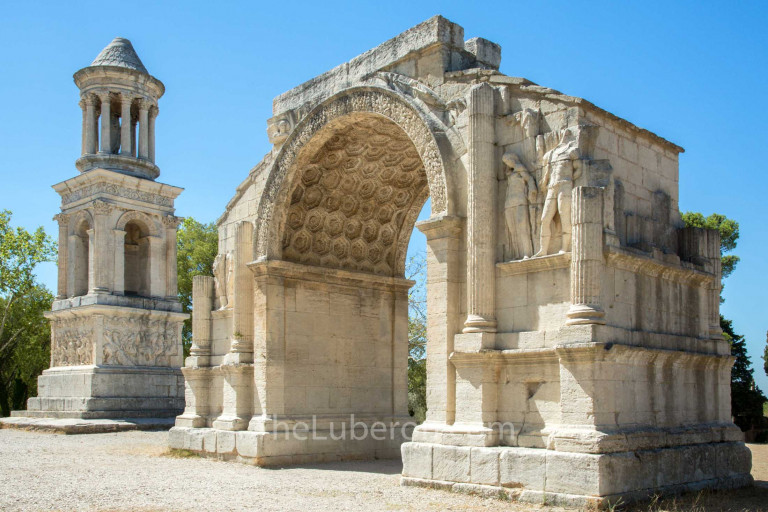 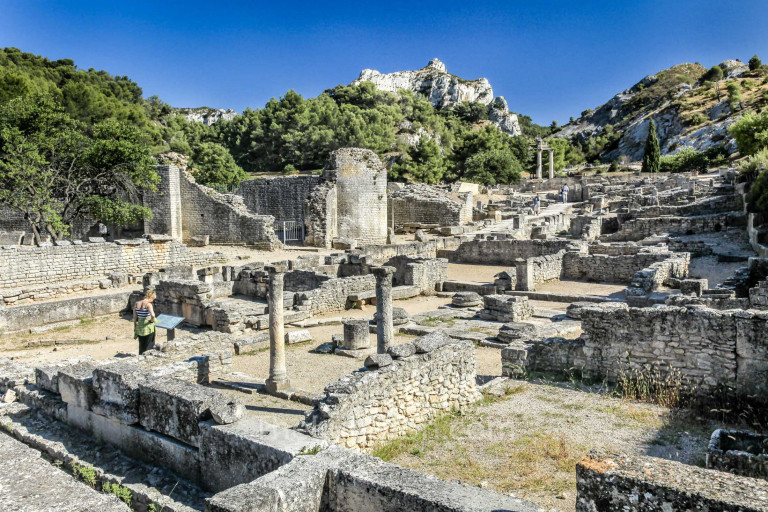 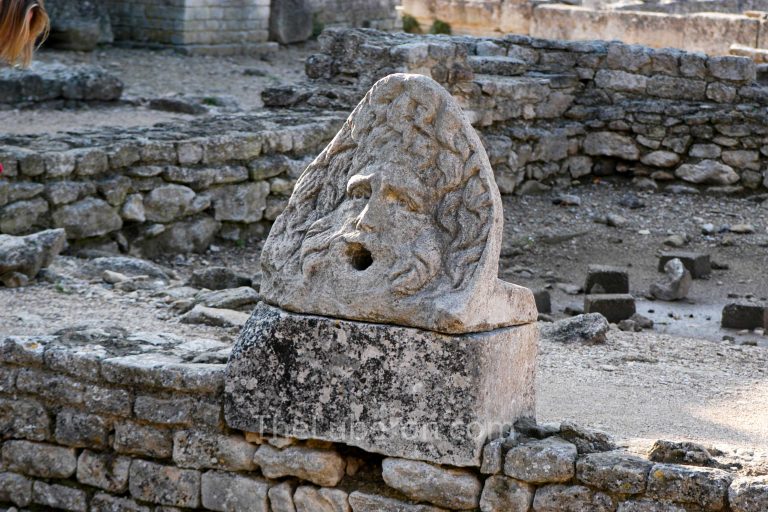 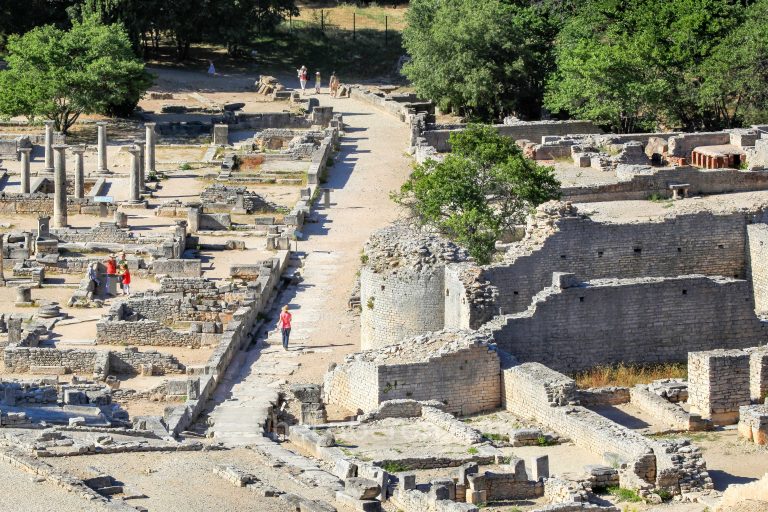 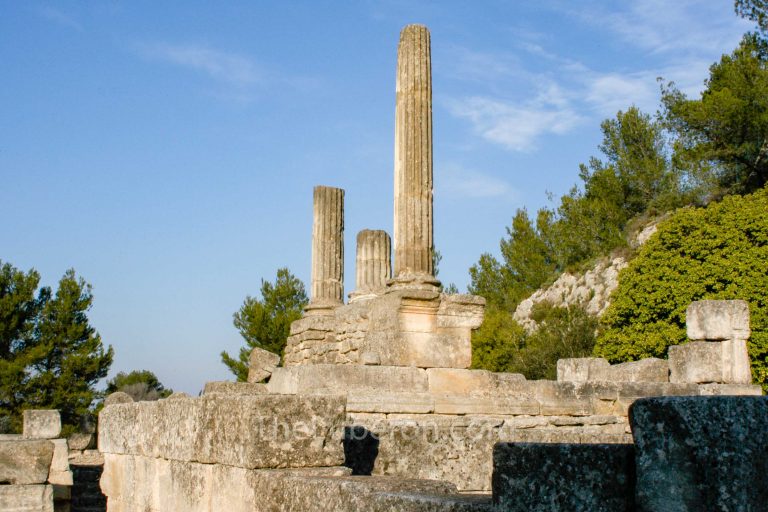 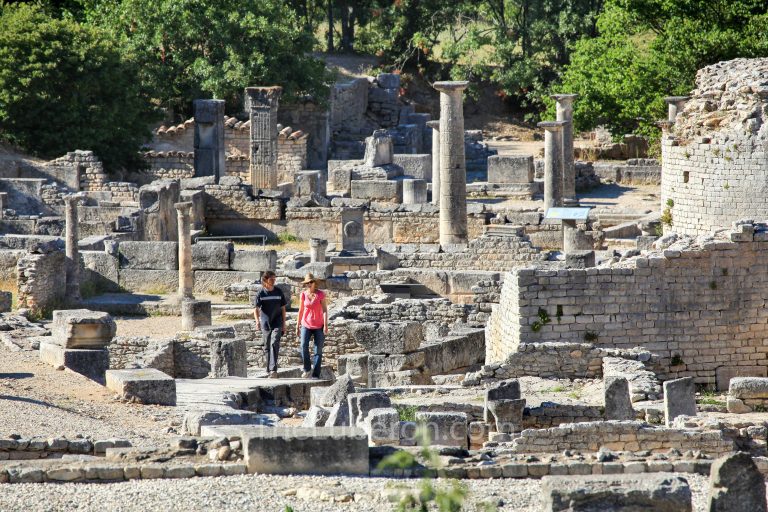 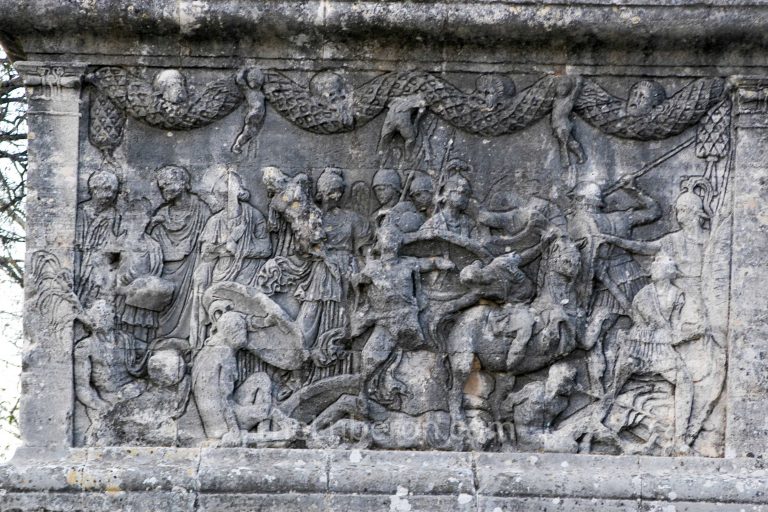 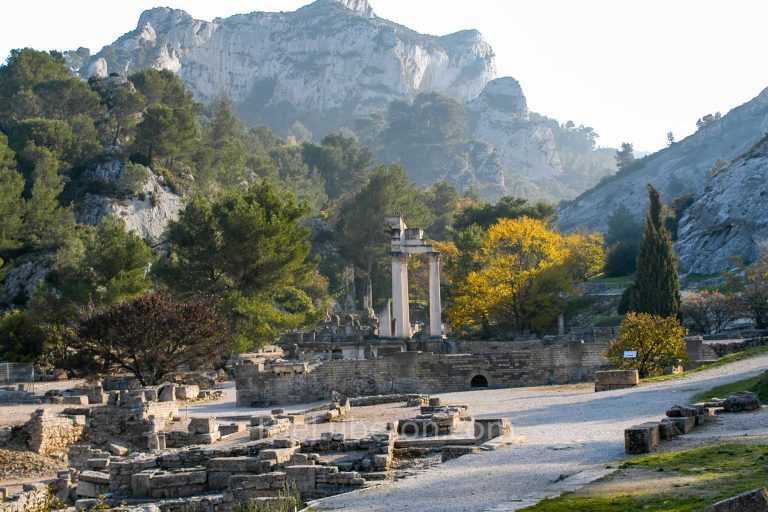 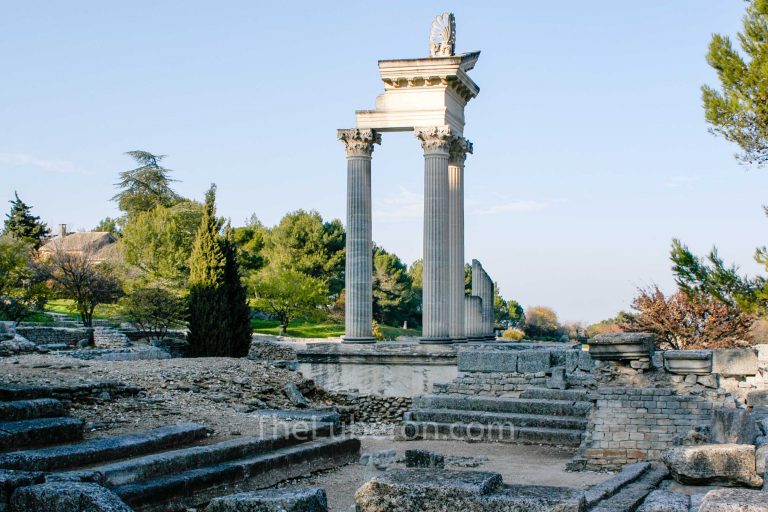 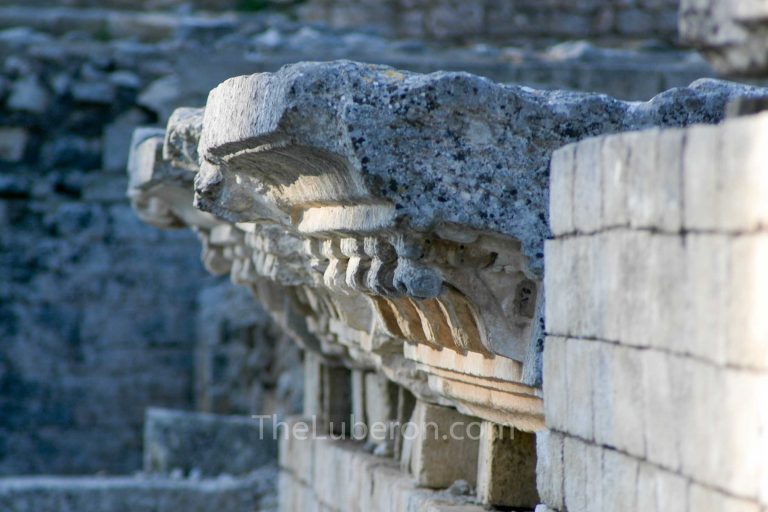 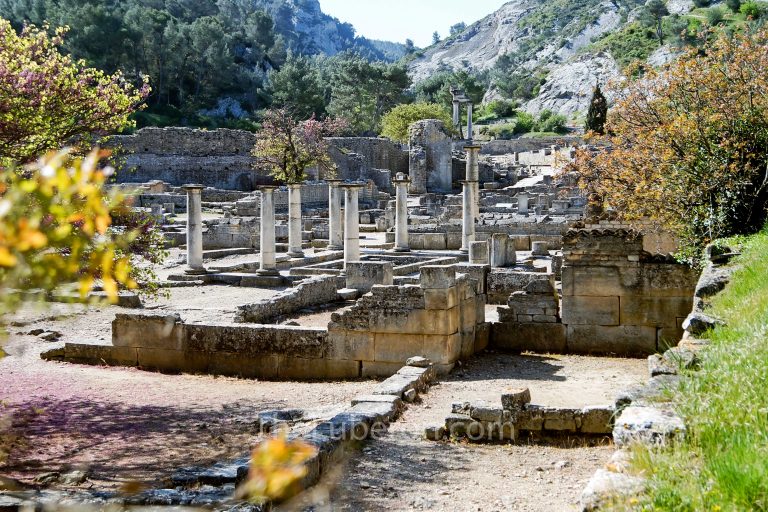 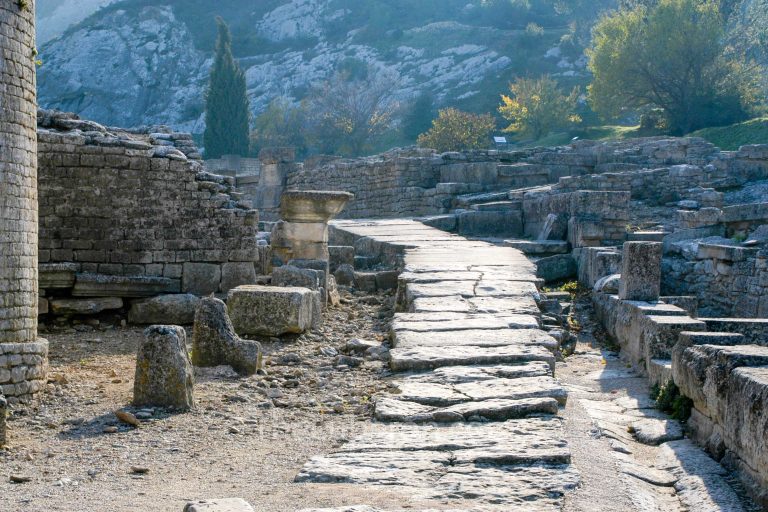 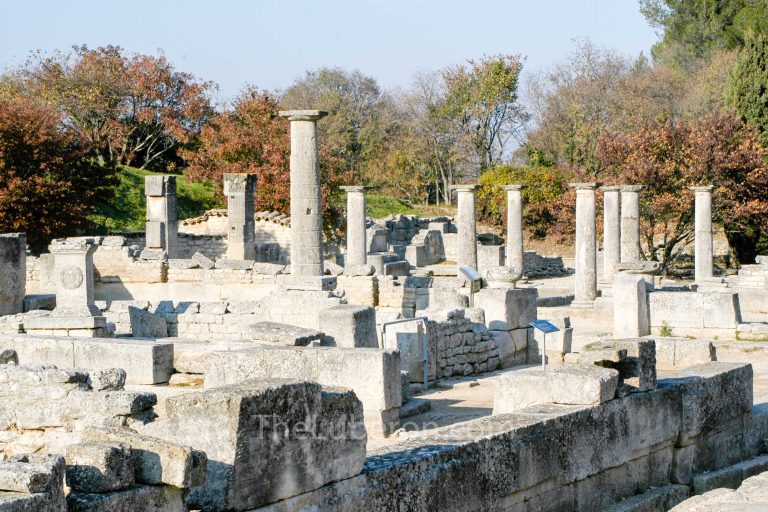 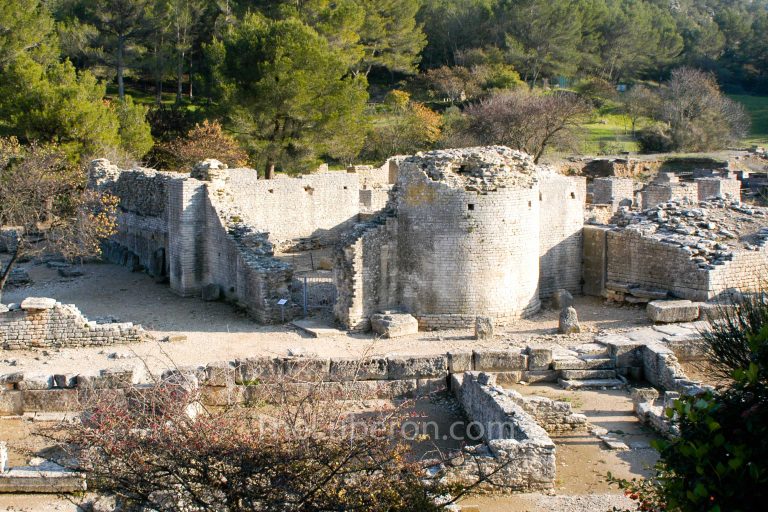 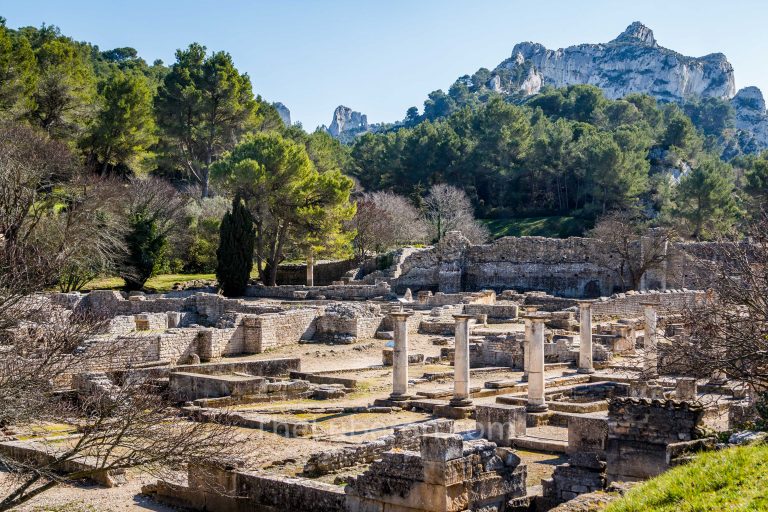 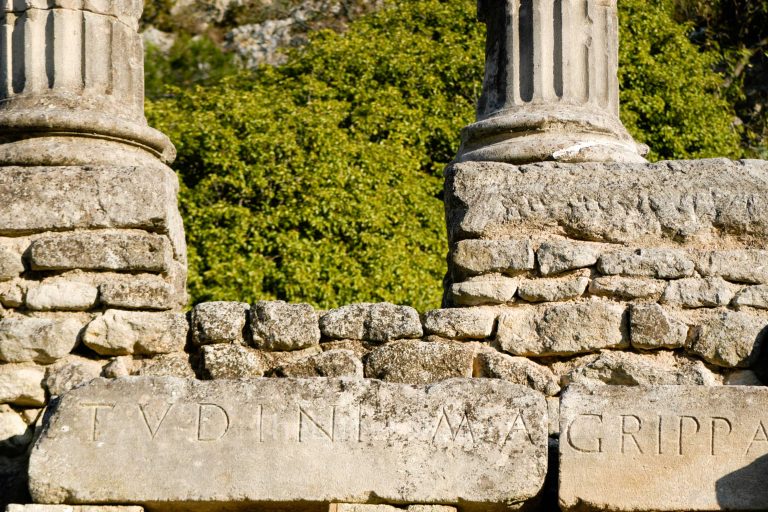 Glanum is a quite remarkable site, offering a fascinating glimpse of Roman life. 1km south of St Remy on the road to Les Baux, just on the side of the road, unprotected and freely accessible, you come across perhaps the best preserved Roman cenotaph in the world, as well as a triumphal arch celebrating Caesar’s victory over the Gauls. 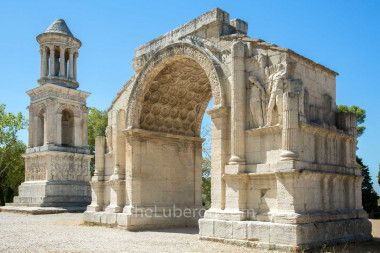 Glanum
CENOTAPH OF THE JULII

The Cenotaph of the Julii dates from about 20BC and its grandeur and position suggests it was built for a great soldier, given Roman citizenship for his derring-do. The inscription is clearly legible:

Meaning: “Sextius, Marcus and Lucius Julius, sons of Gaius, to their forebears”

But quite apart from these impressive relics on the roadside, which collectively are known as ‘Les Antiques’, you have the site of Glanum itself, a town that dates back about 2600 years but was lost for many centuries until it was excavated in 1921.

Before the Romans came this was a Glanic settlement, built around a sacred spring – the Glanics were like the Celts, they liked war and trade. With the Roman invasion came roads and Glanum became a hub of trade, which meant it grew more important. The Romans imposed their style of building, the remains of which we can walk around today and put together some pieces of the puzzle. The Romans built a forum, baths, a temple and basilica as they were wont to do. 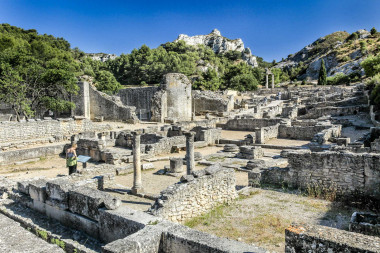 There is at Glanum:

We are talking remains here, but highly intriguing nonetheless, like a mini Pompeii. The site is relatively well preserved because it was covered by alluvial mud washing down from the hills. In the visitor centre are some excellent models depicting Glanum as it looked at its peak, very helpful to make sense of what you're looking at.

You are free to wander around the ruins at Glanum, there are few restrictions, children will enjoy clambering about and playing hide and seek. Older children may be swept along with the historical interest of Glanum. 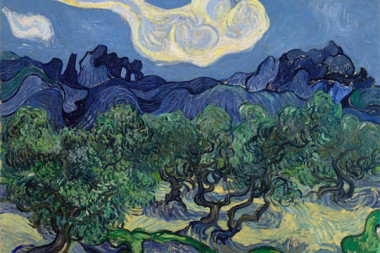 A LINK TO VAN GOGH

As a footnote to link two famous chapters in St Remy’s history, in 1889 Vincent van Gogh lived at the sanitarium of St Remy after cutting his ear off – the sanitarium was part of a monastery very close to Glanum, St-Paul-de-Mausole. One of the masterpieces he painted at that time was “Olive Trees with the Alpilles in the Background”. Unbeknown to him, as it had not yet been excavated, Glanum lay buried directly beneath the olive trees he was painting.