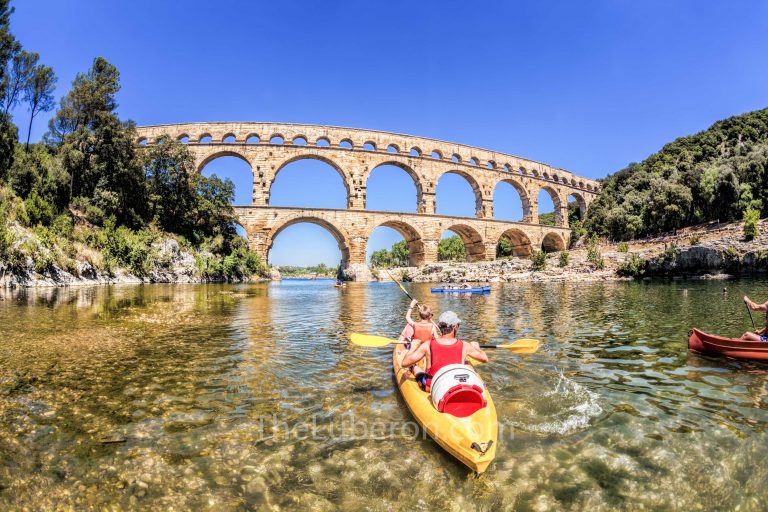 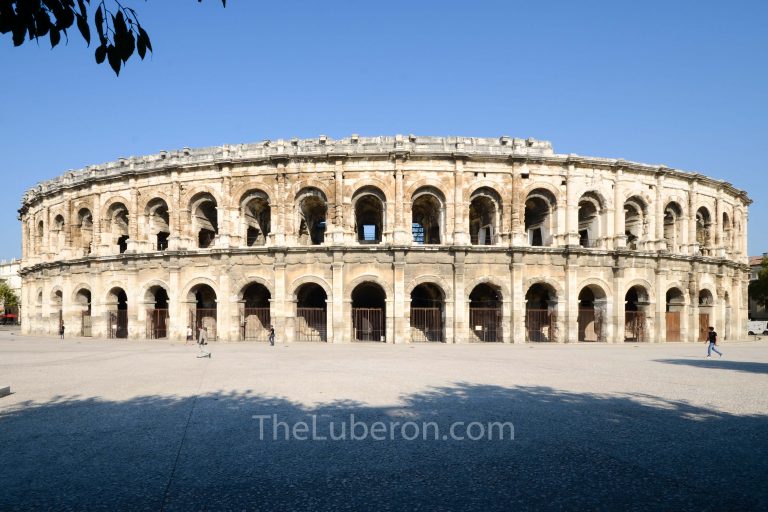 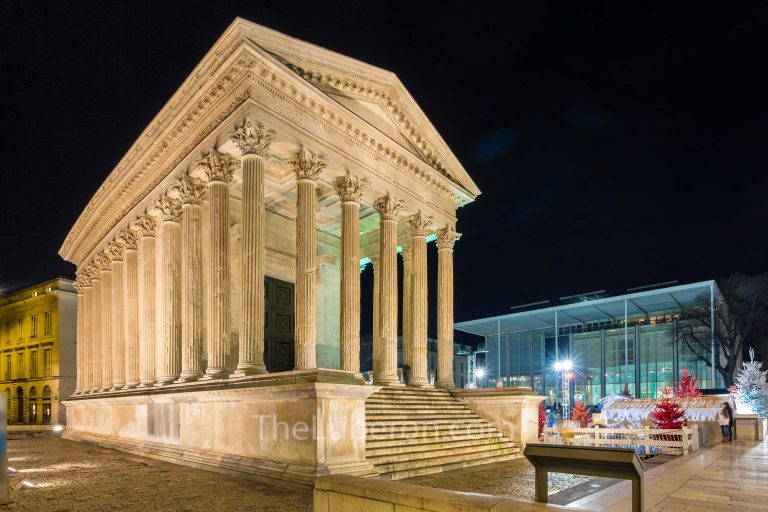 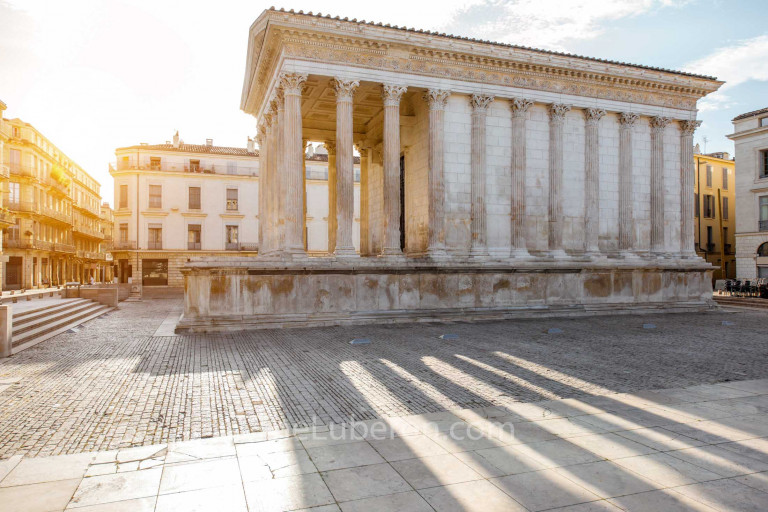 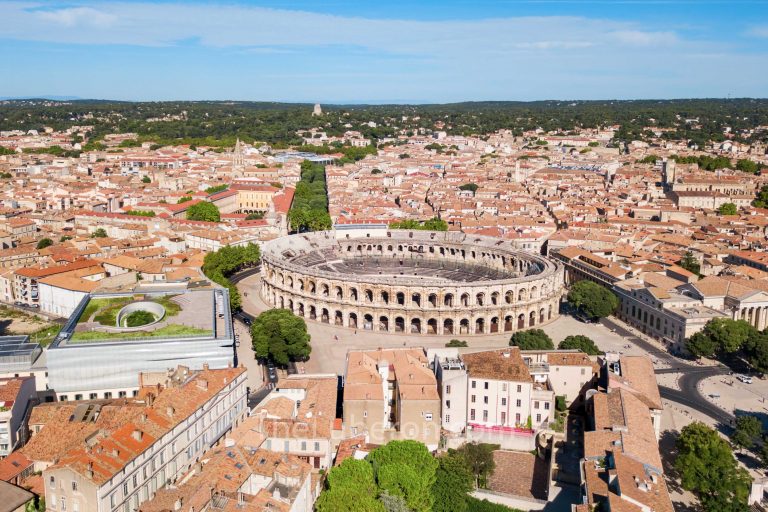 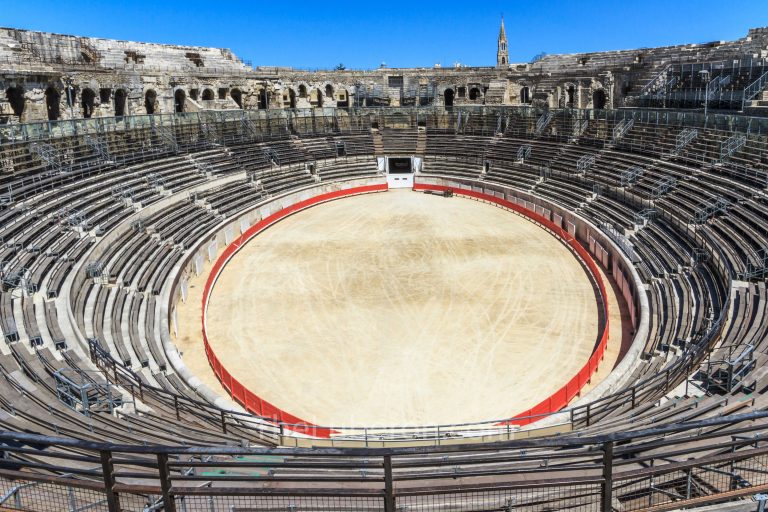 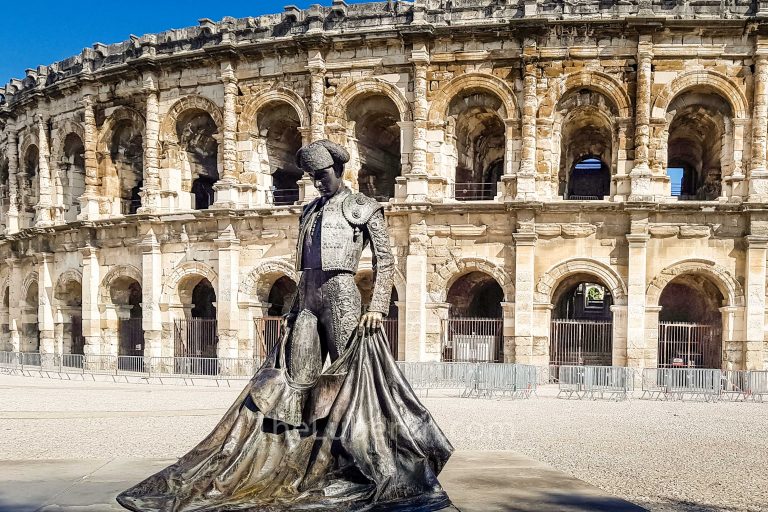 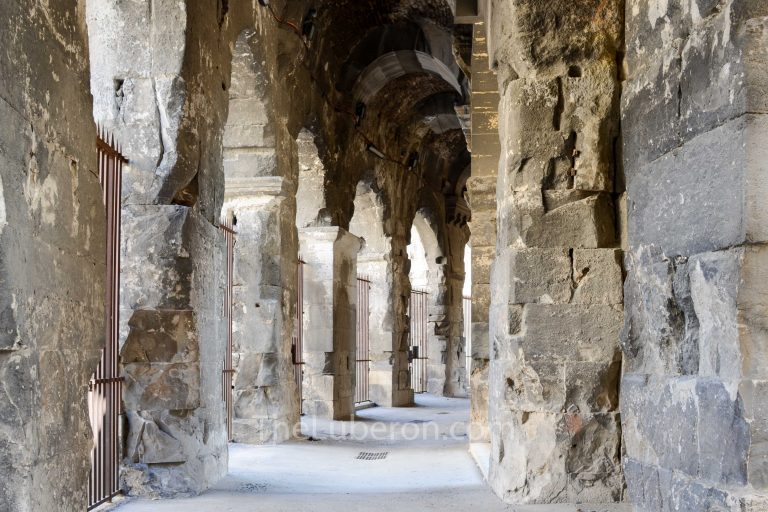 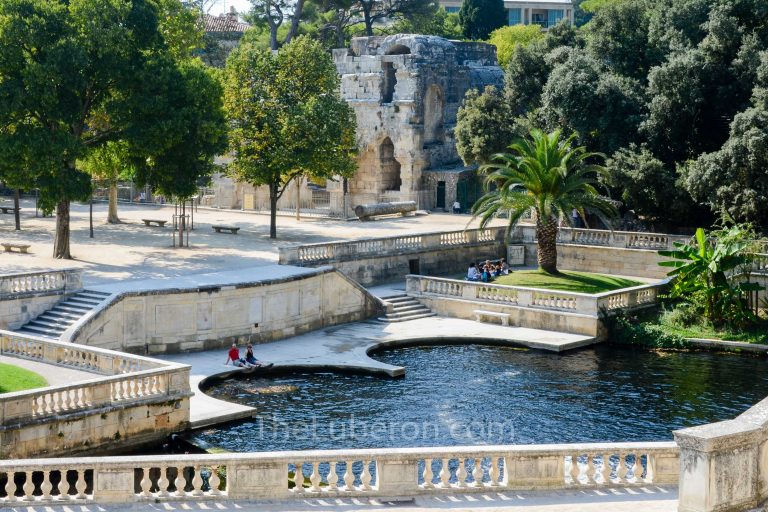 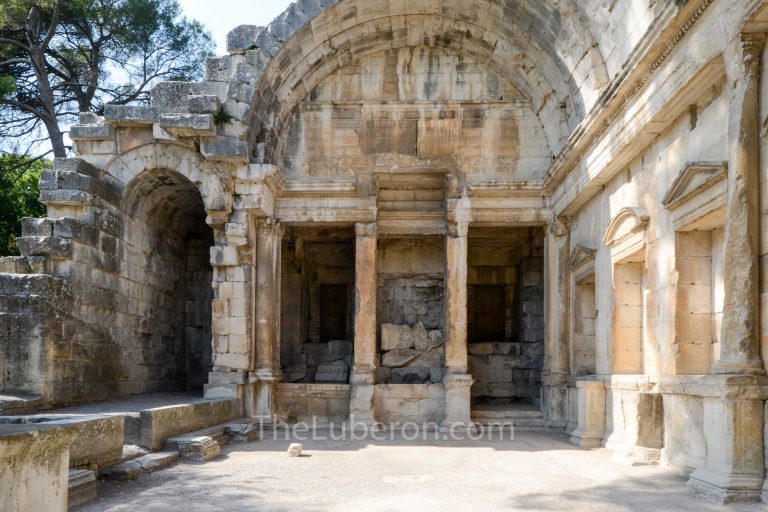 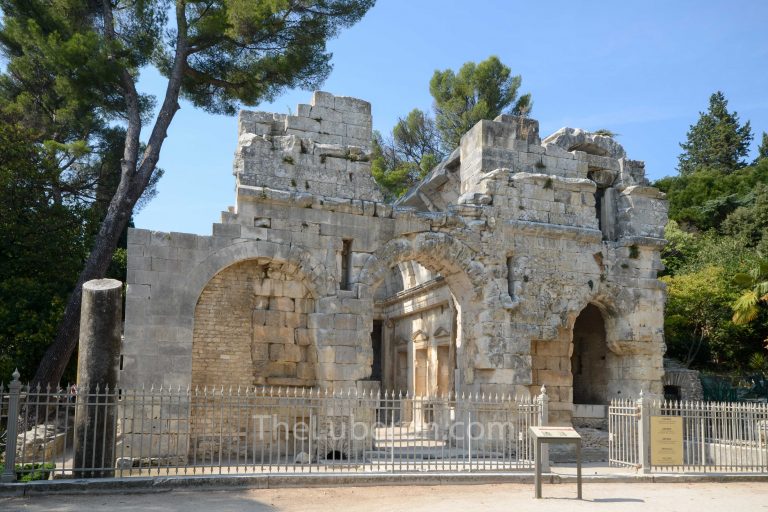 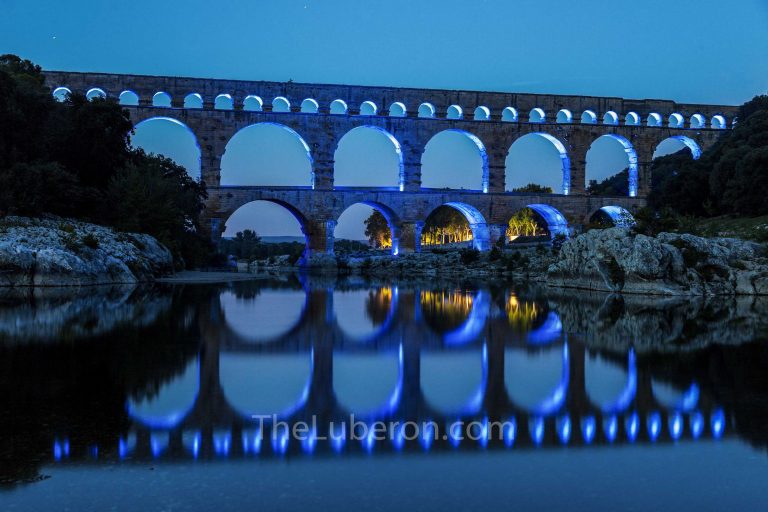 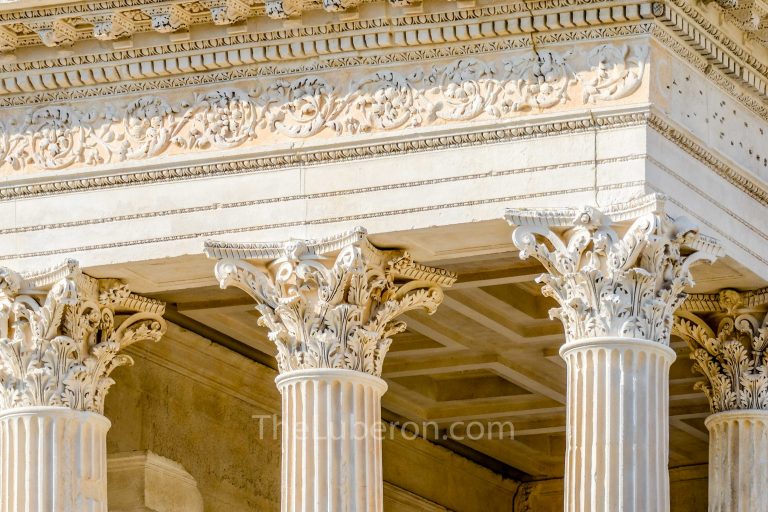 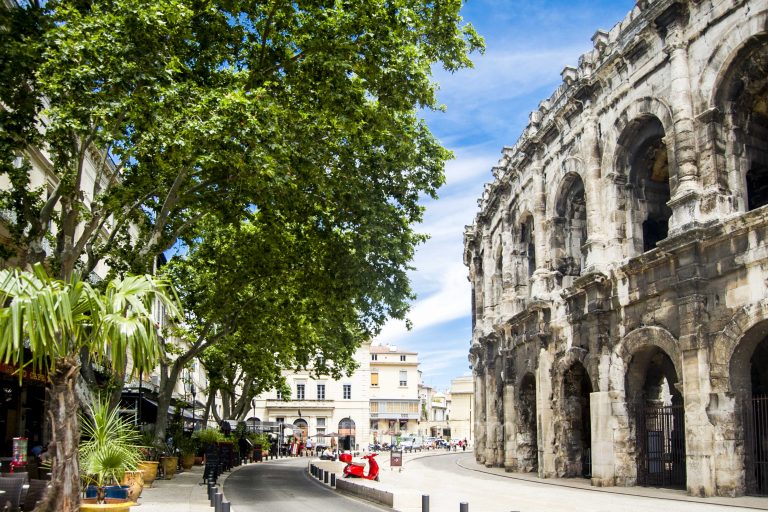 Nîmes was taken by the Romans in 121BC, and its location on the crucial via Domitia, the main trade route between Spain and Italy, assured its future prosperity. Over the years it accrued the stuff the Romans did really well, and has retained enough to make it the most important town in France for anyone with an interest in ancient Rome. 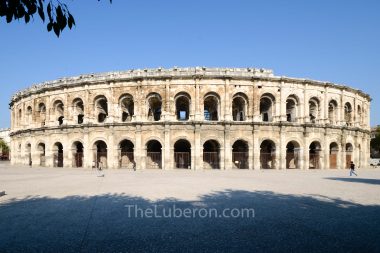 The best preserved Roman amphitheatre is the stunning Arènes of Nimes, designed on the same lines as Rome’s Colosseum (it is smaller but in better condition). Its internal dimensions are 133m long and 101m wide (436 x 331 ft), and it now holds over 16,000 spectators. Its intricate construction testifies to the genius of Roman engineering. Two layers of 60 arches are topped with pre-drilled stones into which long poles would have been positioned. From these a huge awning would have protected 24,000 spectators from sun and rain. Games, gladiator fight and animal hunts were staged and open to all. 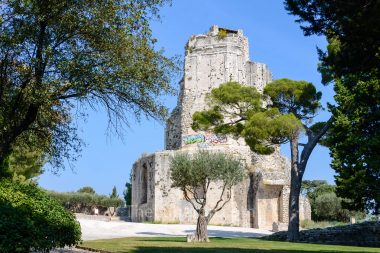 At the highest point of Nîmes, still standing proud is the Tour Magne (Magne Tower), built by Augustus in the 1st century BC. Originally part of the Roman wall around Nîmes, and lookout point over the via Domitia, the Tour Magne now offers a great view over the town and the Mont Ventoux from the top of its 140 steps. There is an orientation table at the top showing how the city looked in Roman times. 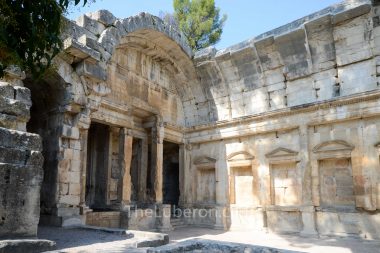 Below the Magne Tower is another significant Roman remain, the Temple of Diana, secreted in the formal public gardens called the Fountain Gardens. This was not a temple, nor is any association with Diana clear. It is more likely to have been part of the sanctuary dedicated to the spring at Nîmes, but its true purpose is a mystery. Part of the barrel-vaulted roof remains, with its carvings, and niches for statues.