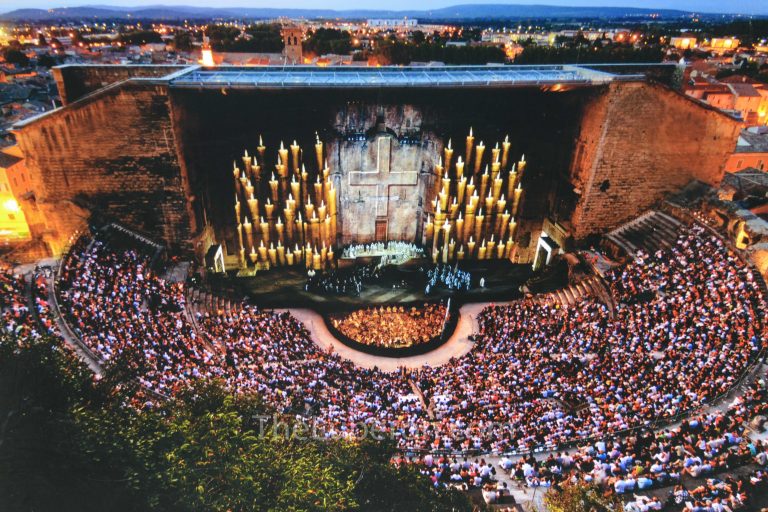 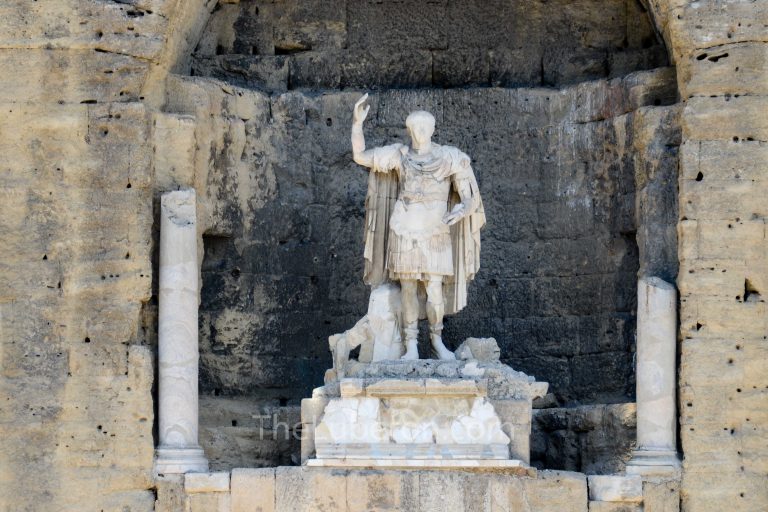 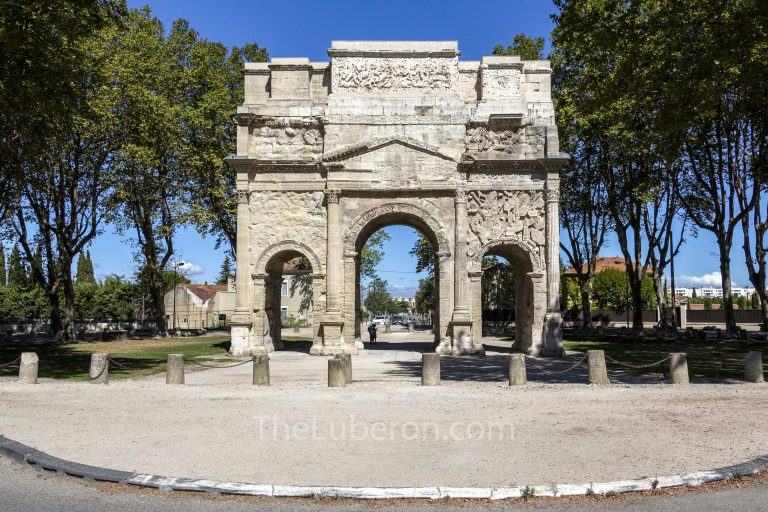 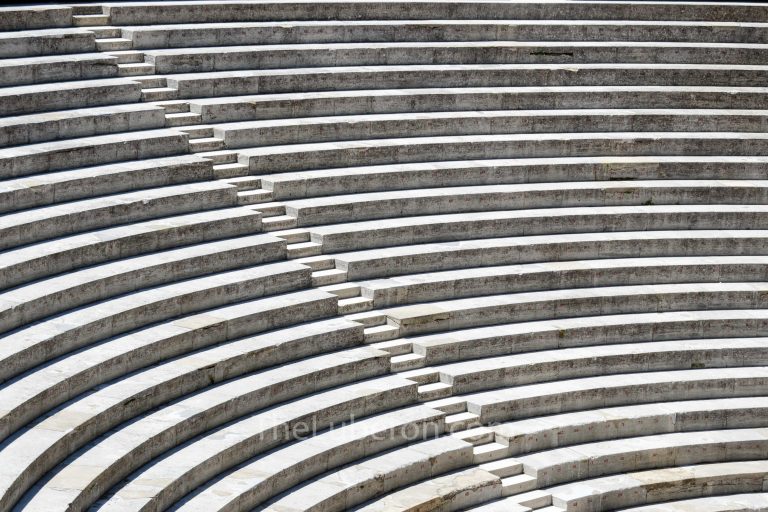 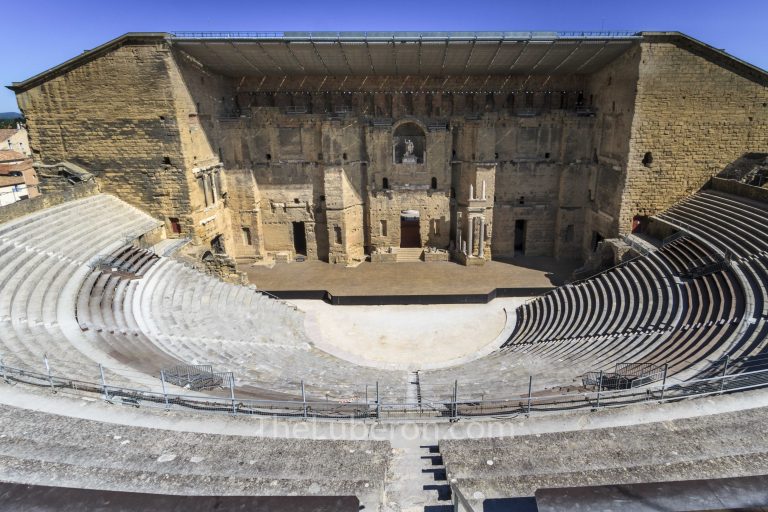 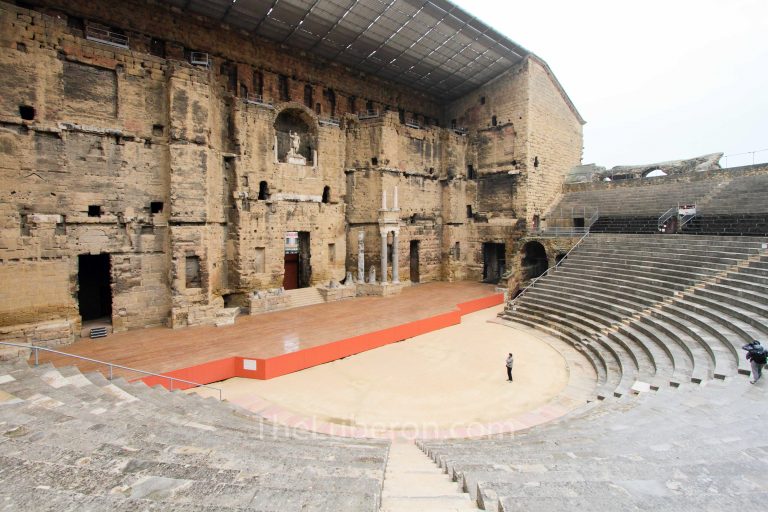 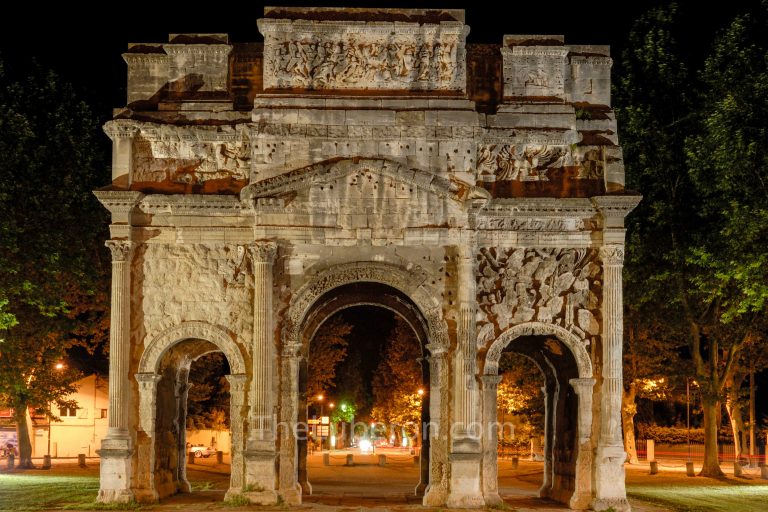 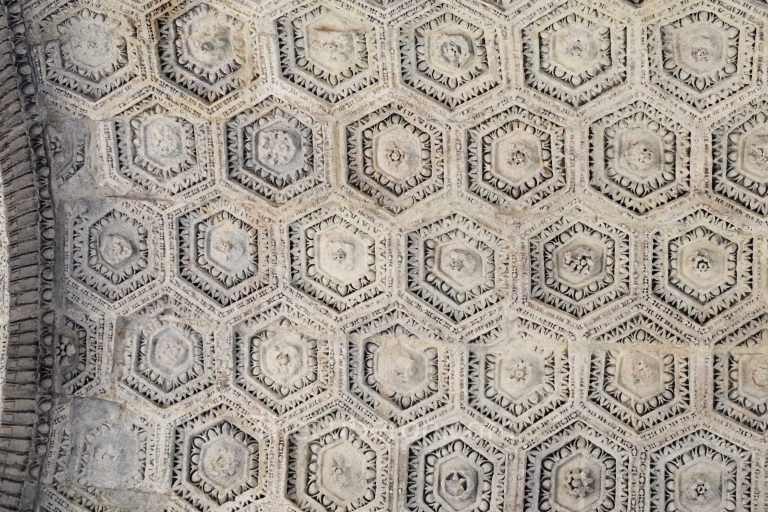 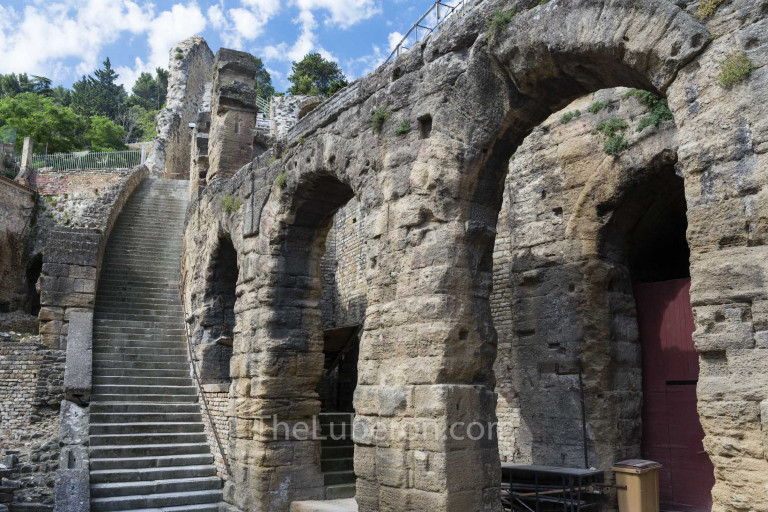 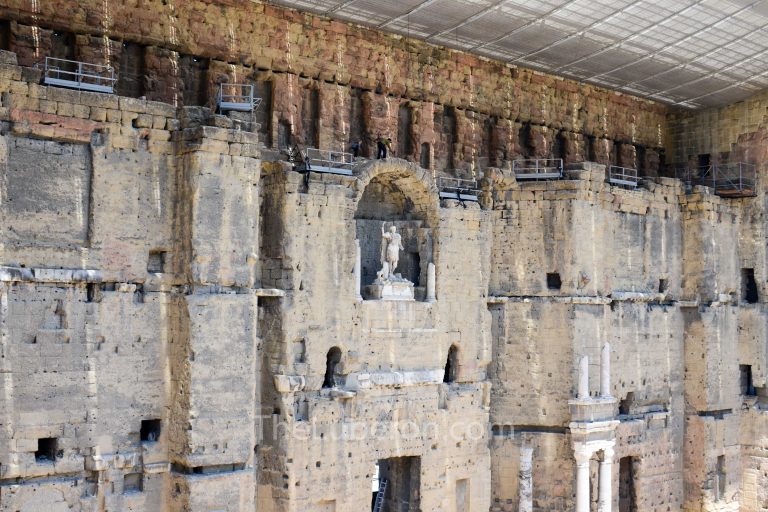 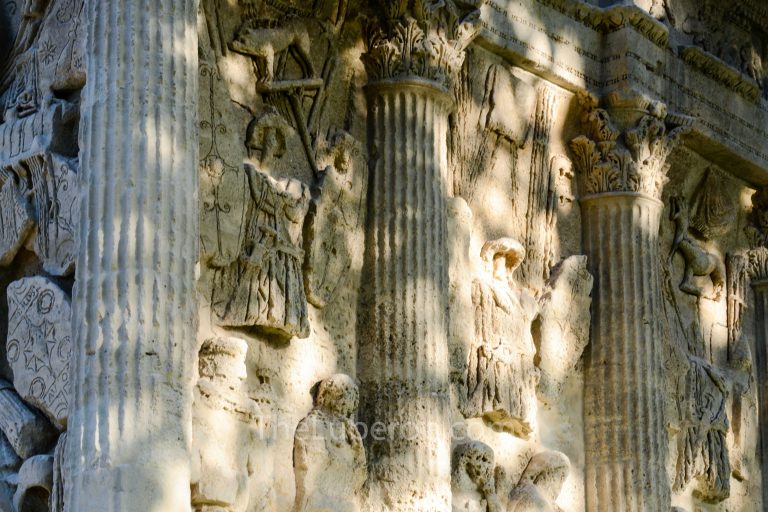 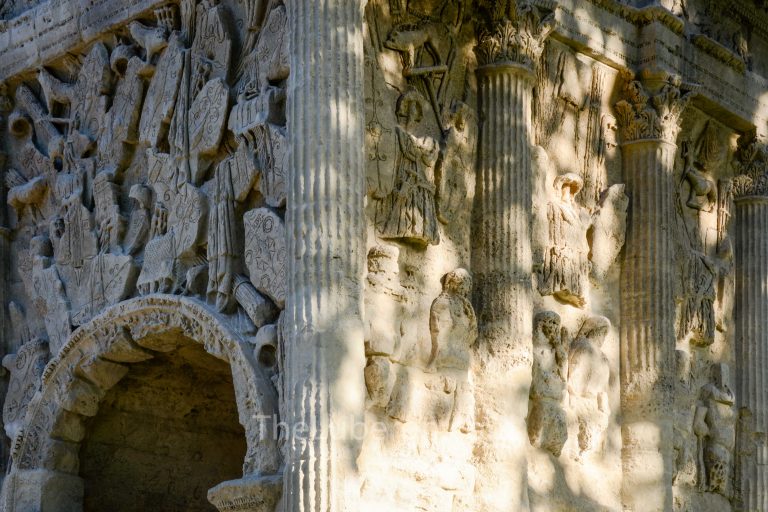 One of the reasons Rome was so successful at empire-building was that it looked after its armies. Orange was another of the colonies set up in conquered lands where their soldiers could retire and farm the land, knowing that as the town grew around them, so would their wealth. 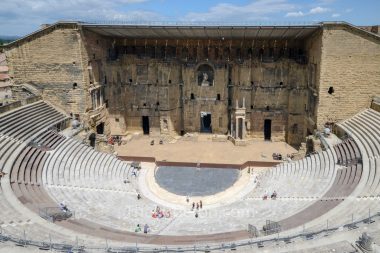 The Roman colony of Orange was established in 35BC and quickly acquired impressive monuments which can be gazed at today. Most famously, the Roman theatre, a World Heritage Site which is one of the best preserved Roman theatres in the world, and provides stunning venue for operas and concerts today. The tiered seating is not original, this was restored in the 19th century, but the vast stage wall is, and has survived a lot over the millennia, even being used in the wars of religion to shelter the population. It is what Louis XIV declared “the finest wall in my kingdom”. Because of this stage wall and the semi-circular seating, the acoustics are amazing, you can hear very clearly even in the furthest seats, in an audience of 10,000 people.

Go to the Roman theatre of Orange to see an opera or other performance, and as night falls and you see the performers’ shadows projected onto the ancient stage wall, with the statue of Augustus still defiantly set at its heart, you are witnessing something very special - not just that day’s show, but an experience of communion with audiences from 20 centuries ago. 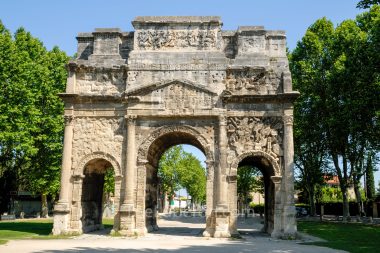 The Triumphal Arch of Orange was built to honour the veterans of the Gallic Wars, probably in the time of Augustus. It would have been on the via Agrippa between Arles and Lyon to the north. In the Middle Ages it was built into the defensive walls of Orange. In 2009 the arch was minutely restored to show off once more the beauty of its reliefs, which commemorate the establishment of the Pax Romana.