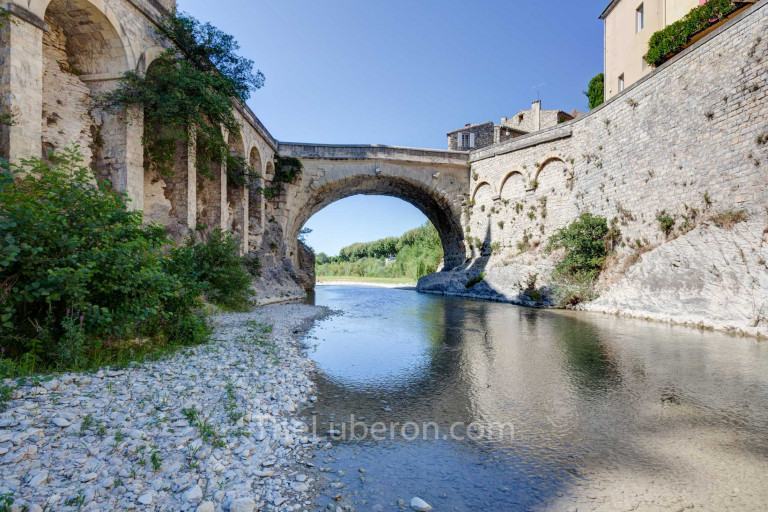 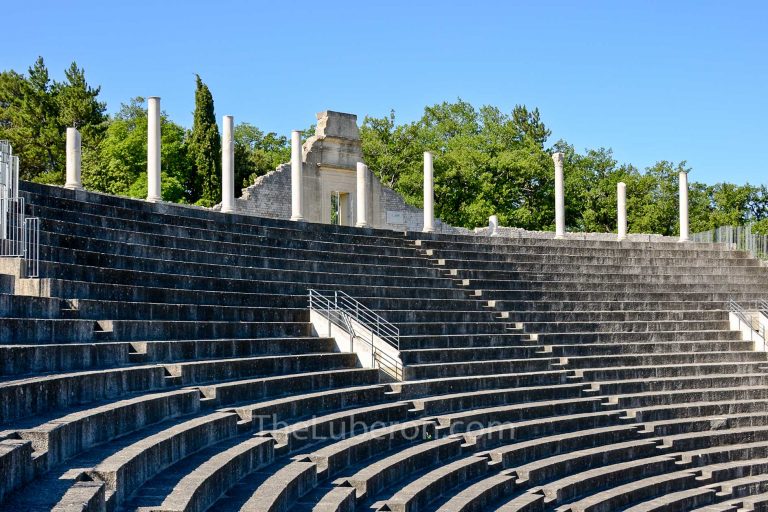 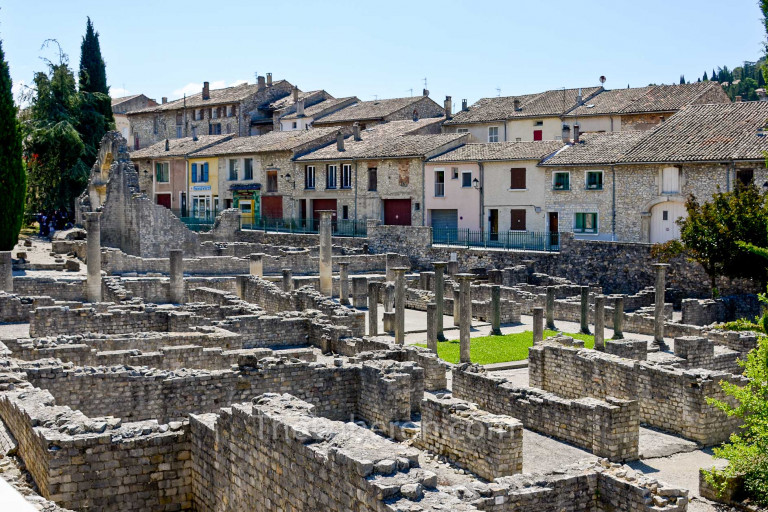 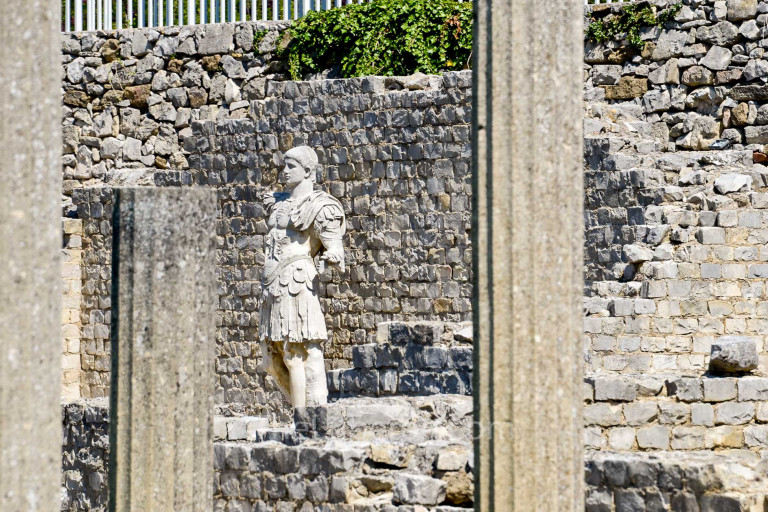 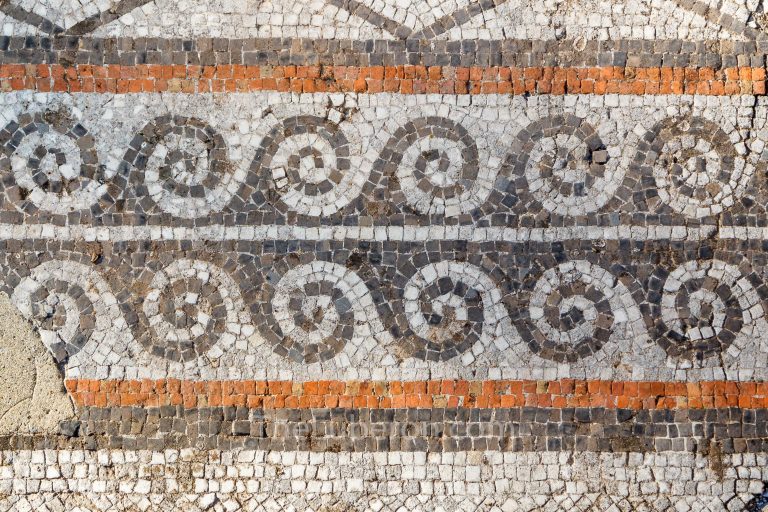 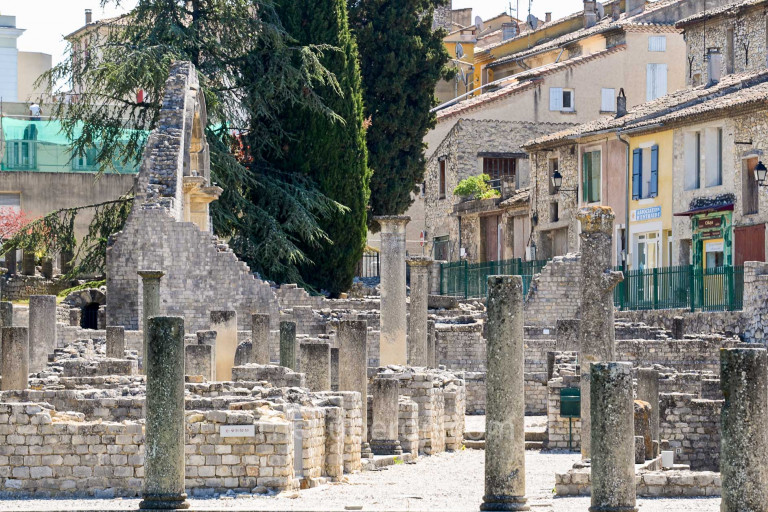 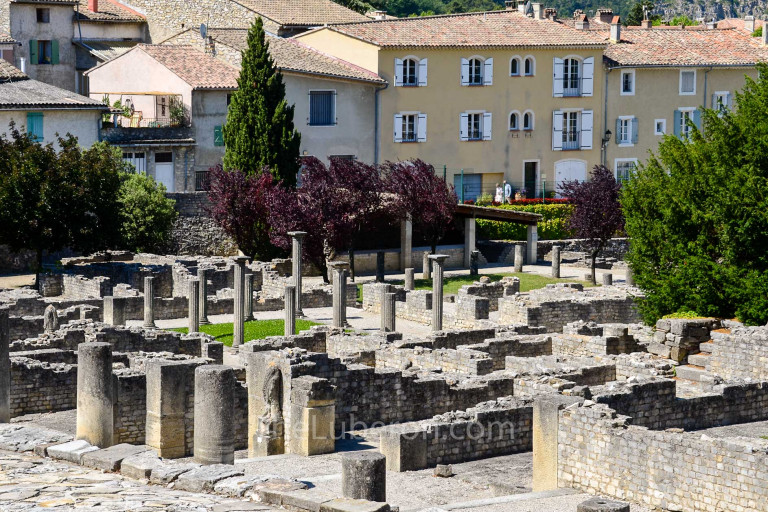 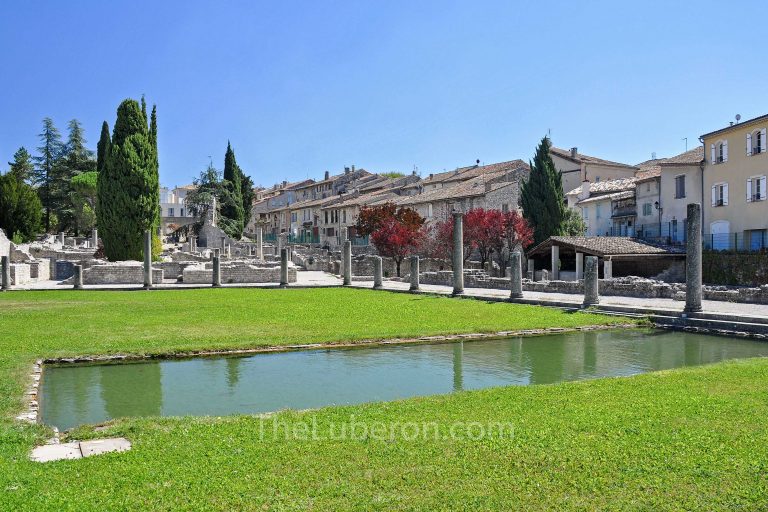 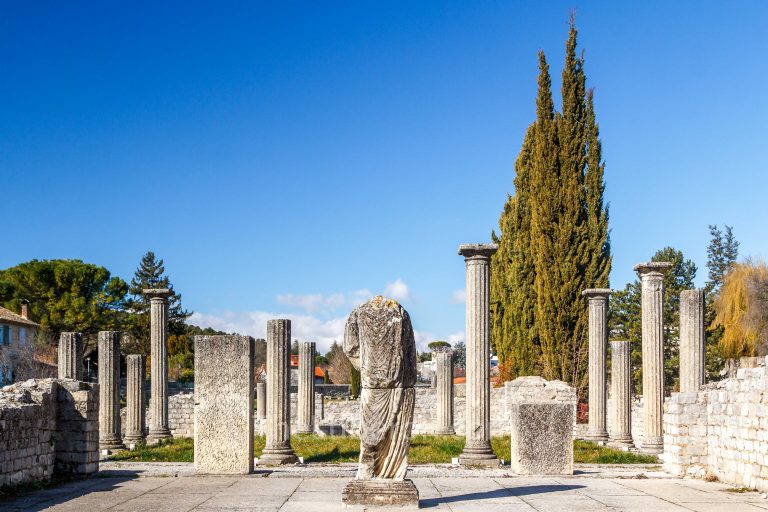 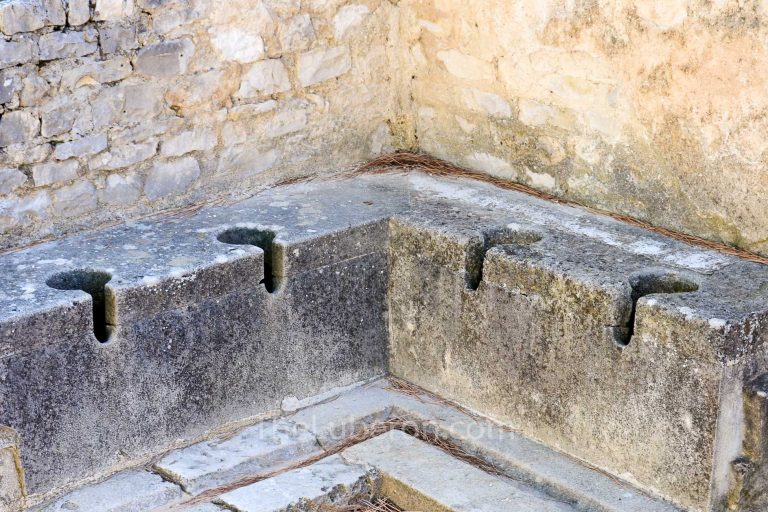 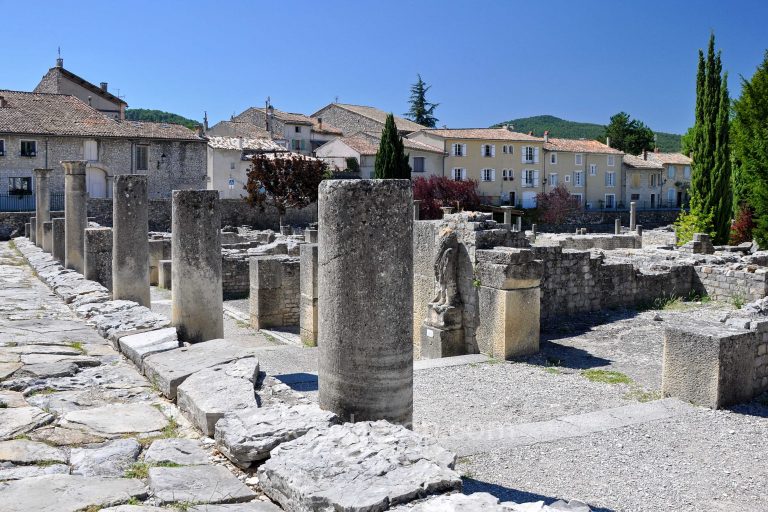 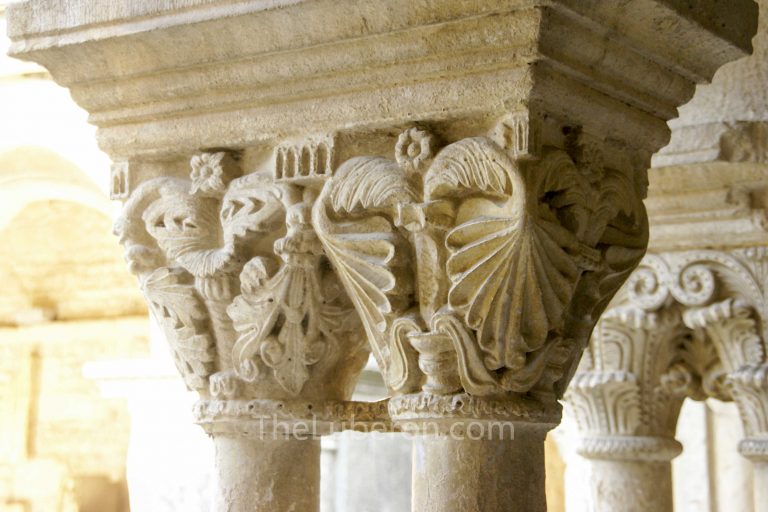 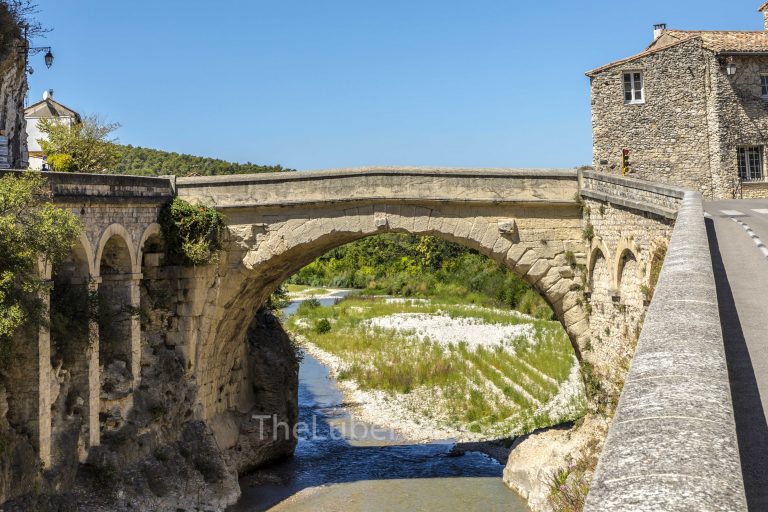 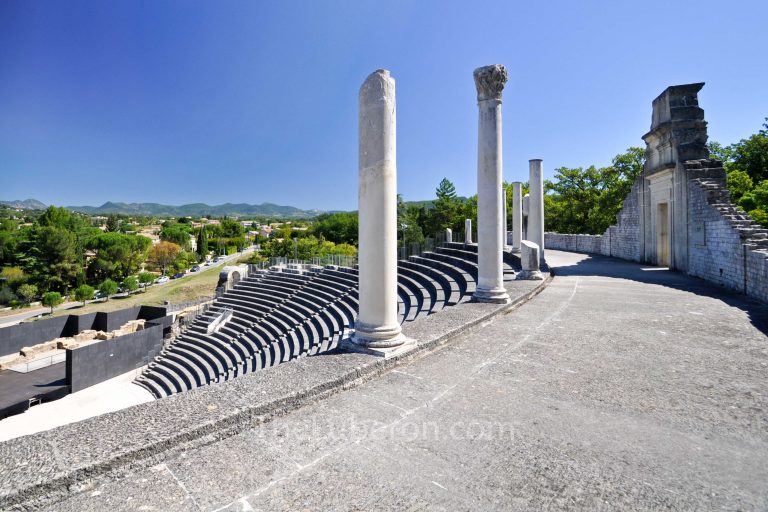 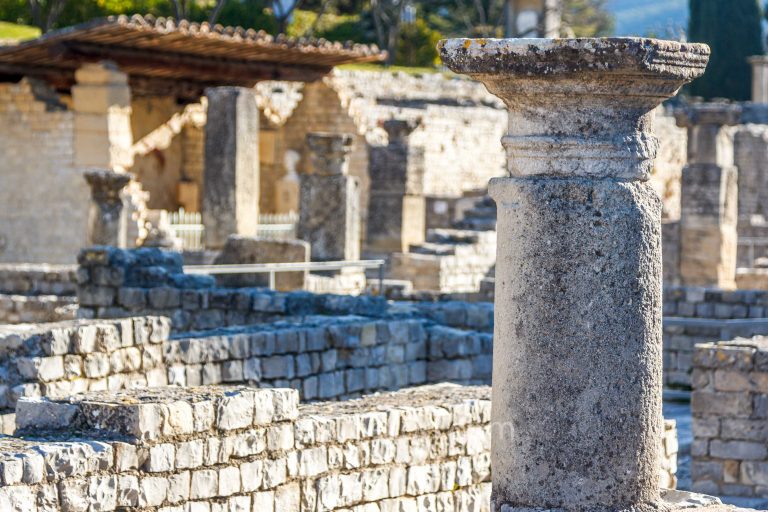 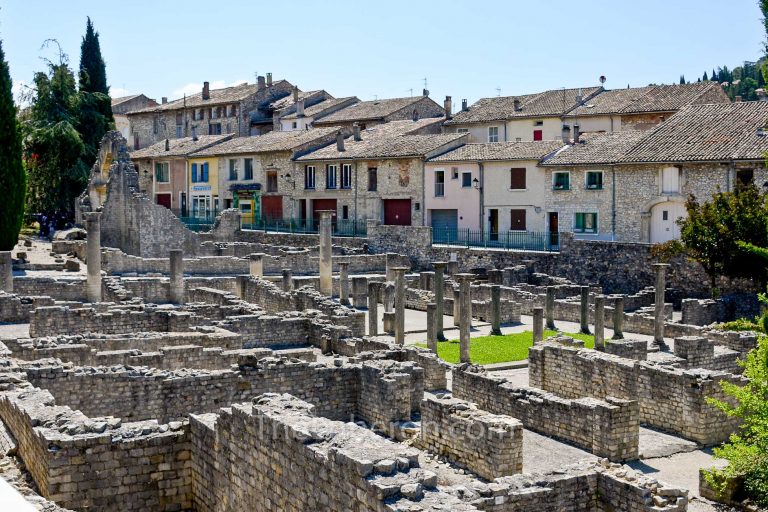 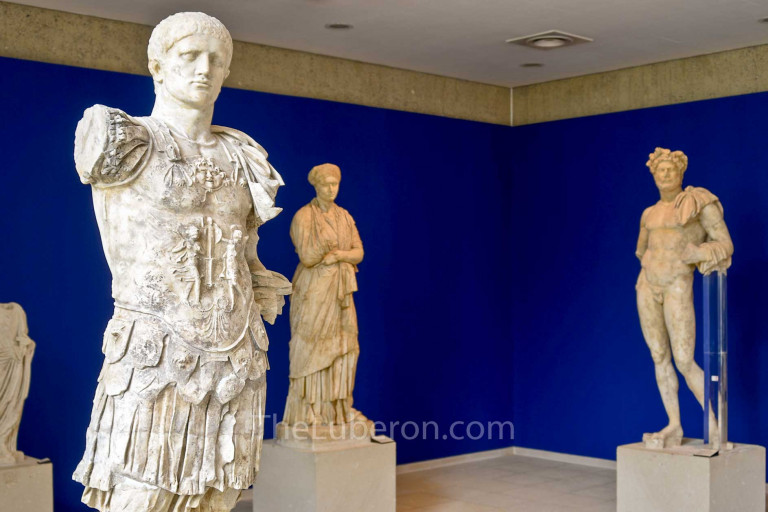 Just like Rome, Vaison la Romaine has seven hills. And like Rome it was very prosperous, its population in the 2nd century was about the same as it is today. It wasn’t until 1907 that someone wanted to do some digging into the town’s illustrious past, a local abbot named Autel dedicated his life to excavating the Roman remains right in the centre of Vaison. So successful was he that in the 1920s the ‘la-Romaine’ was appended to the town of Vaison. 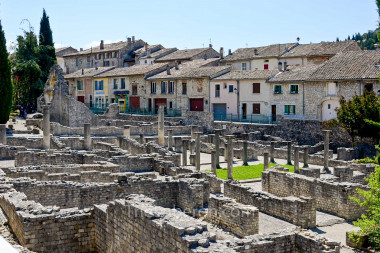 There are two area to explore, the Puymin and la Villasse. At Puymin you can see the remains of fancy Roman domus (houses) and the public baths, as well as the foundations of the impressive Maison des Messii. At la Villasse there is a Roman street leading to more baths, and the Maison au Buste d’Argent, an impressive villa with mosaic floors and its own baths.

You won’t find great monuments in Vaison la Romaine as you do in Nimes and Arles, these are either destroyed or hidden under the modern town, but what you do get is a feel of everyday life.

Vaison la Romaine also has its Roman theatre, which is restored and used for concerts. It would have held up to 6,000 people. The museum, which is part of the theatre, houses the best finds from the excavations in the town. It gives an idea of Roman life here with its collection of mosaics, pottery, glassware, murals, ordinary objects of daily life, as well as models and reconstructions.

The best way to explore the two excavated areas is to get a map from the tourist office in Place du Chanoine Sautel (the abbot who started all this). This square is the starting point for both Puymin and la Villasse.

Small, but perfectly formed, the 1st century Roman bridge is special because it is the only one outside of Rome with an elliptical vault. The bridge doesn’t just take you over the river Ouvèze, it takes you from modern-day Vaison la Romaine and the Roman ruins, to the medieval quarter. It has been in constant use for almost 2000 years. 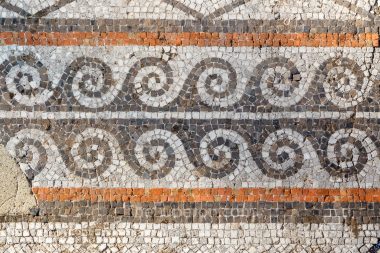 The surviving fragments of upscale Roman habitations survived essentially because they were more solidly built than cheaper housing. These homes would have been beautifully decorated – fountains, light wells, interior gardens; carpets, drapes, art and fine surnishings.

Certain practical rules of construction were obeyed: kitchens to the north so food could be better preserved, bedrooms small so as to maintain their temperature better, the baths by an entrance so firewood did not have to be carried far. Heating was channelled around the house from the baths area, and windows filled in with glass.

In winter sliding doors covered the entranceways, and you can still see the groove for one of these at the Maison du Dauphin in Vaison-la-Romaine.