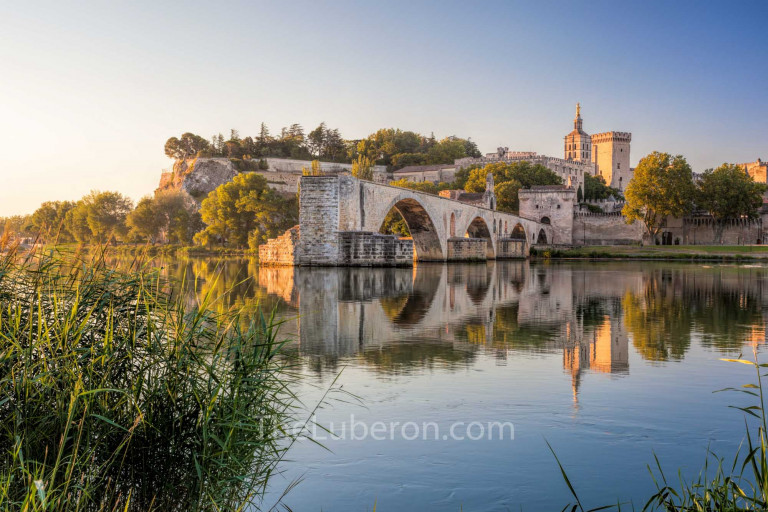 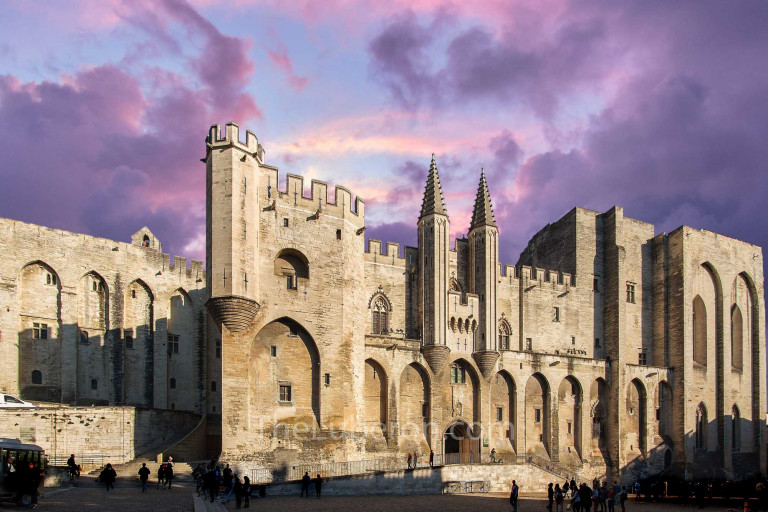 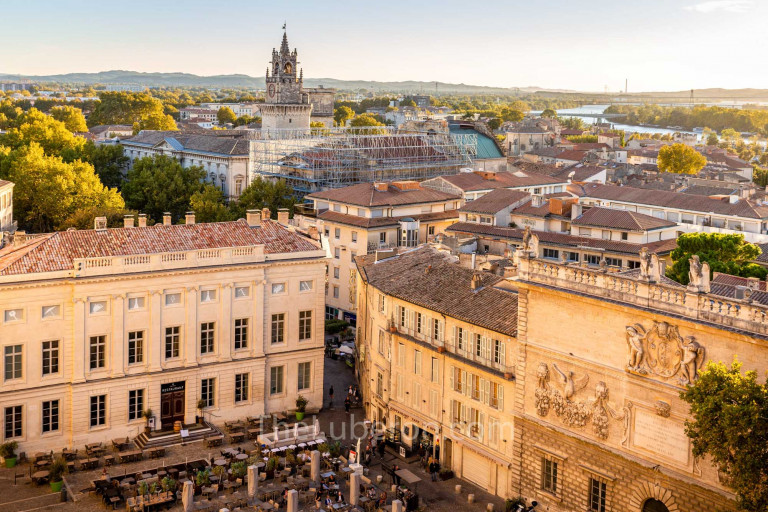 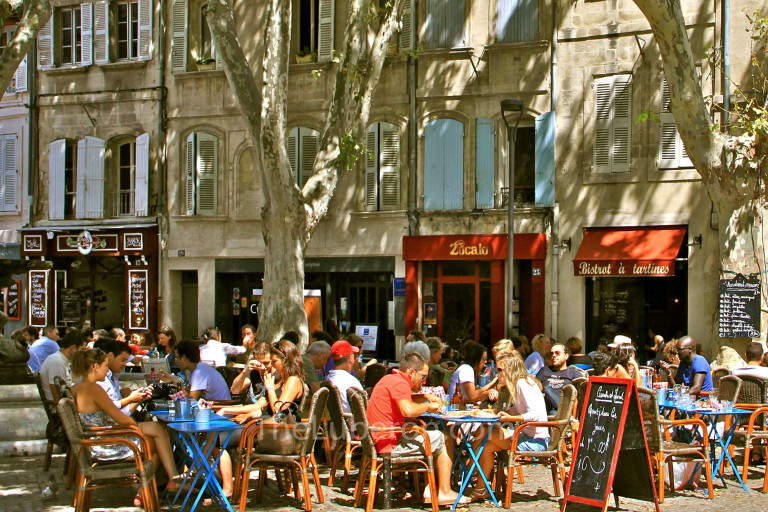 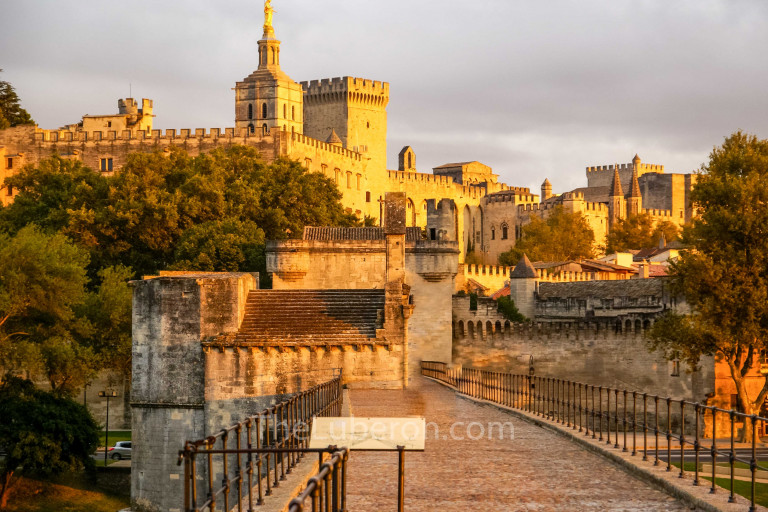 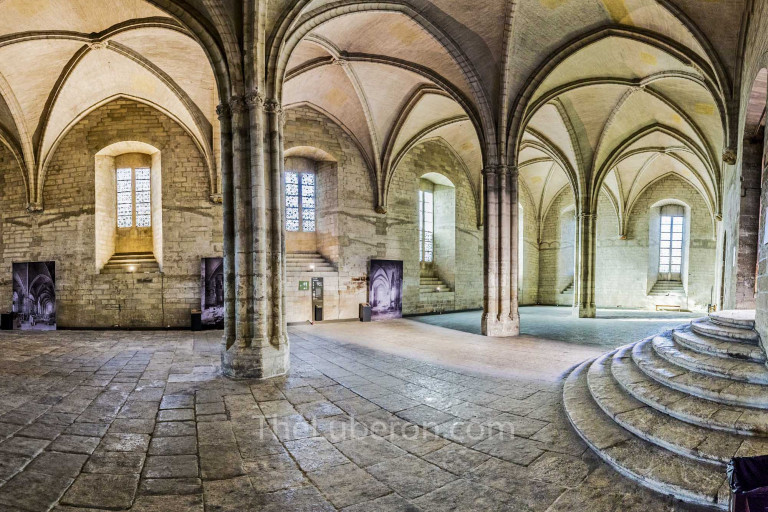 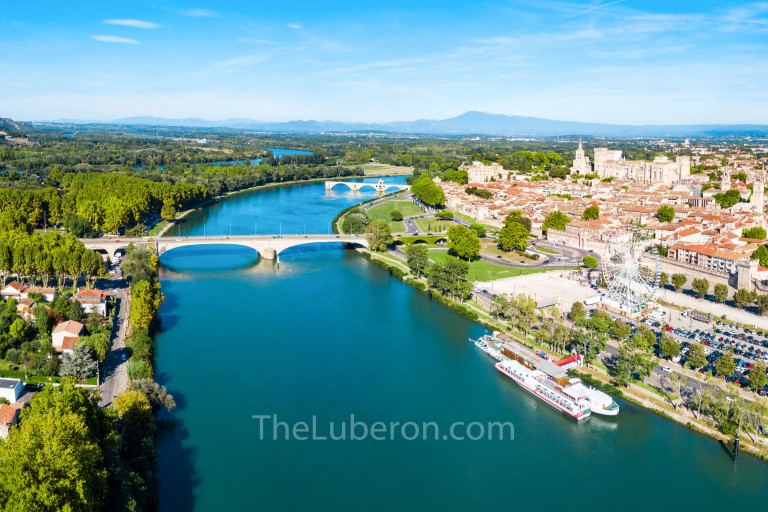 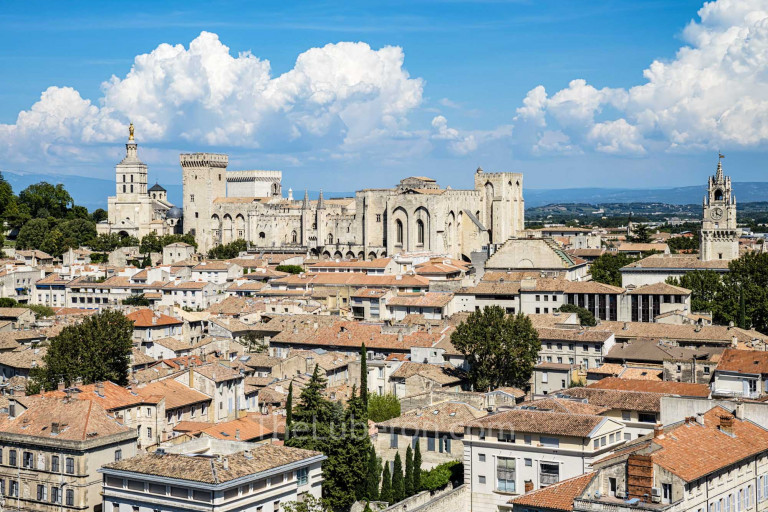 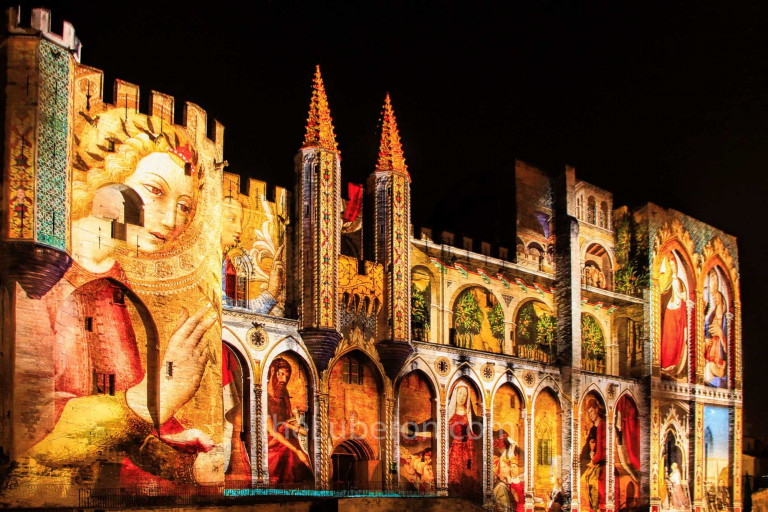 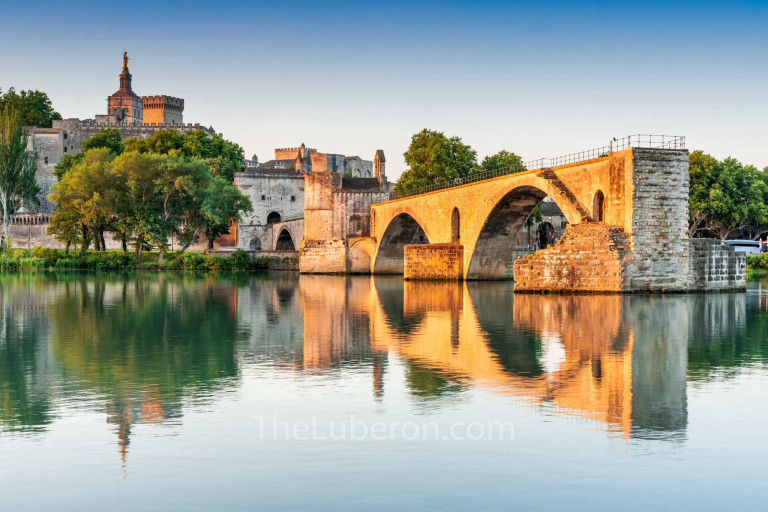 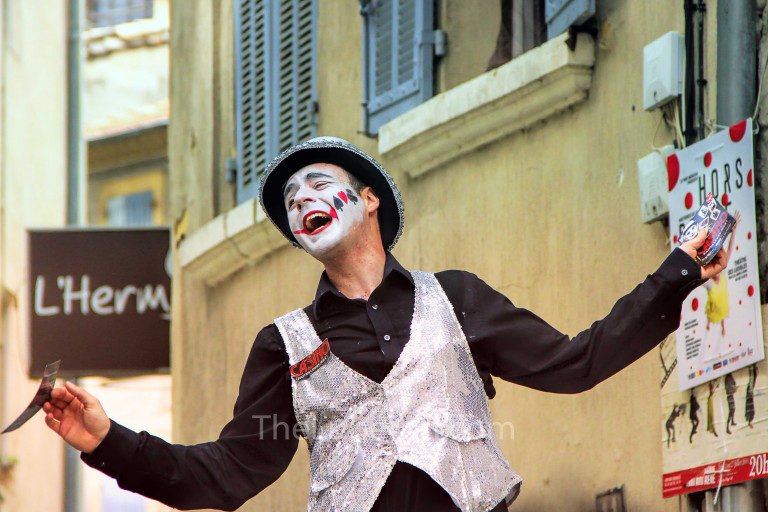 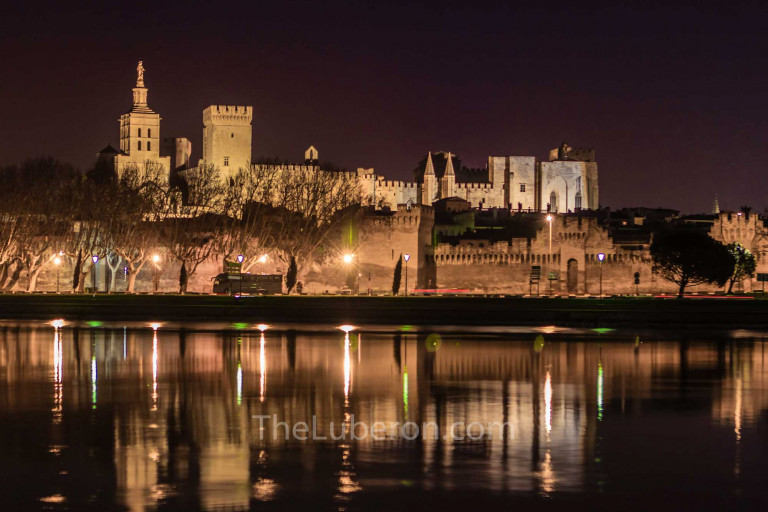 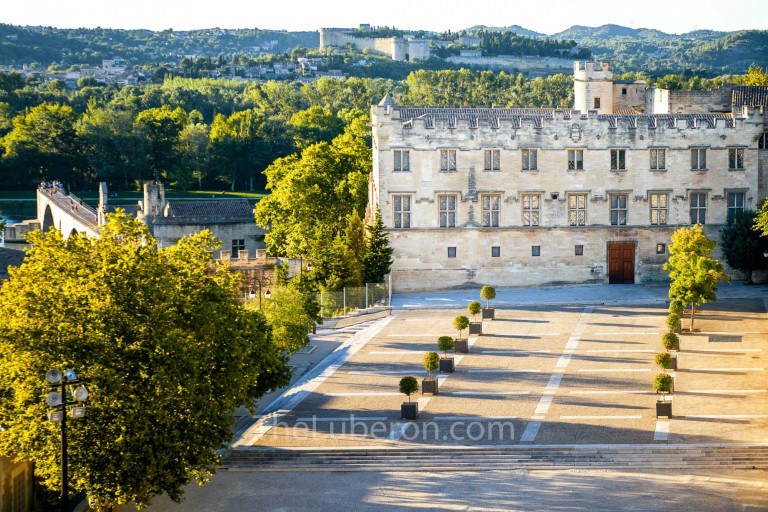 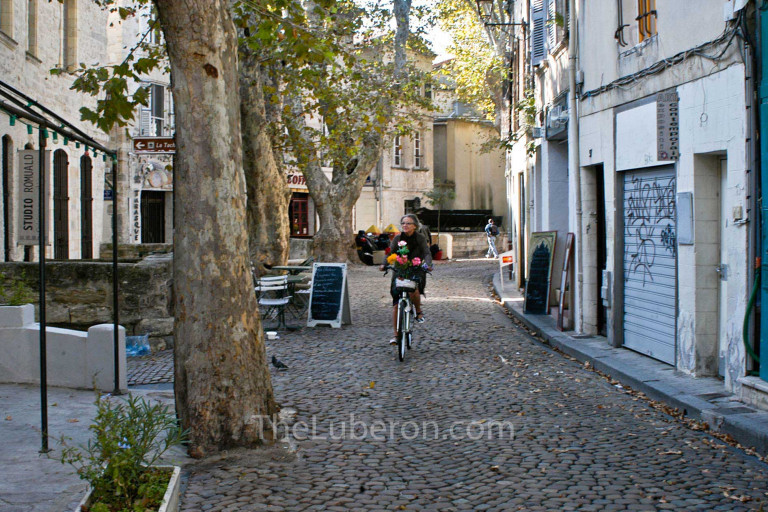 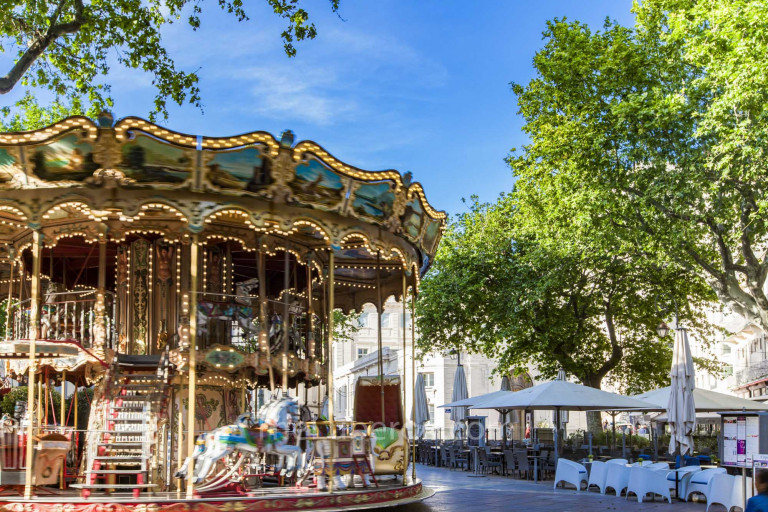 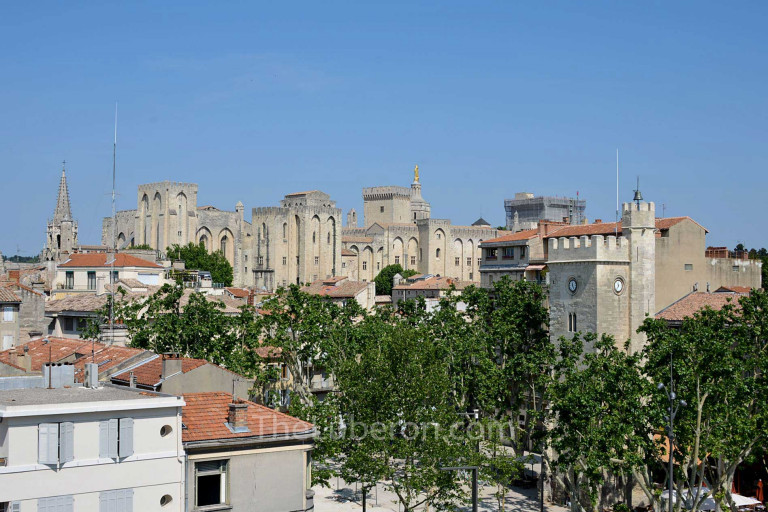 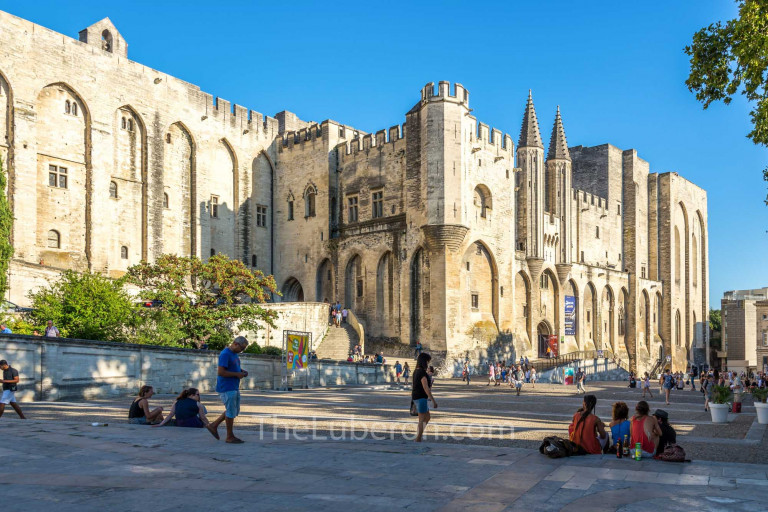 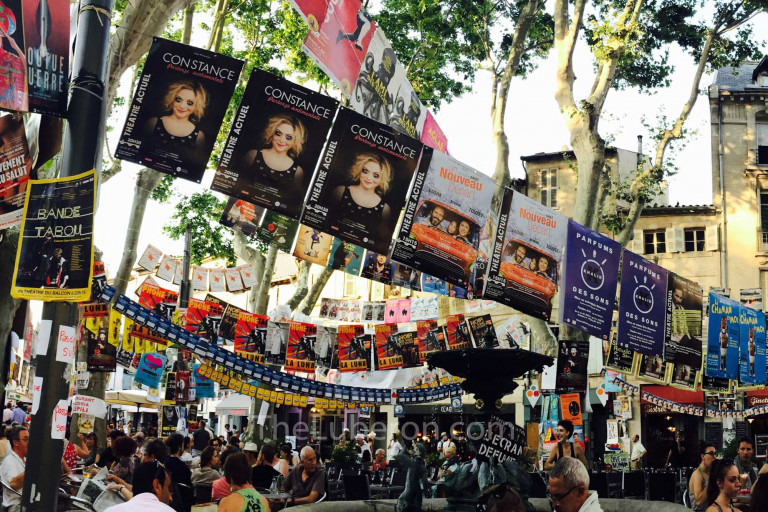 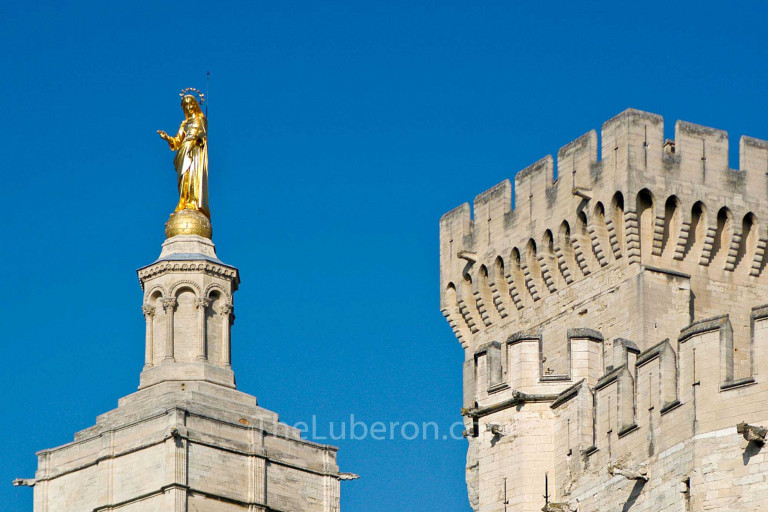 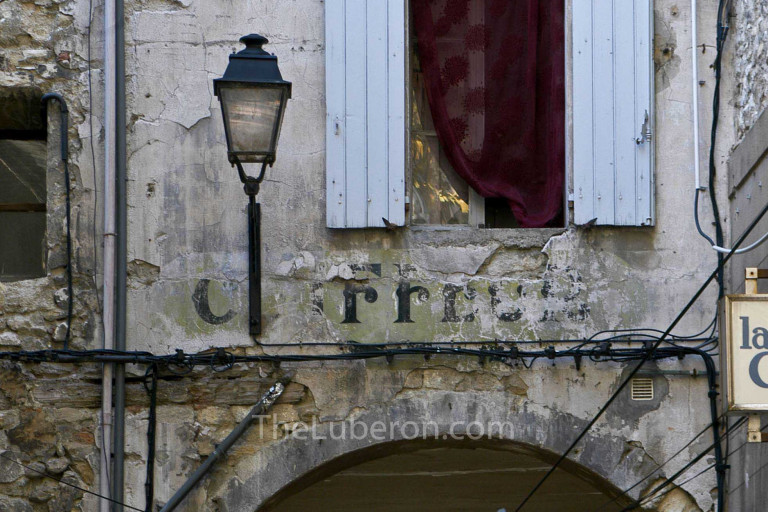 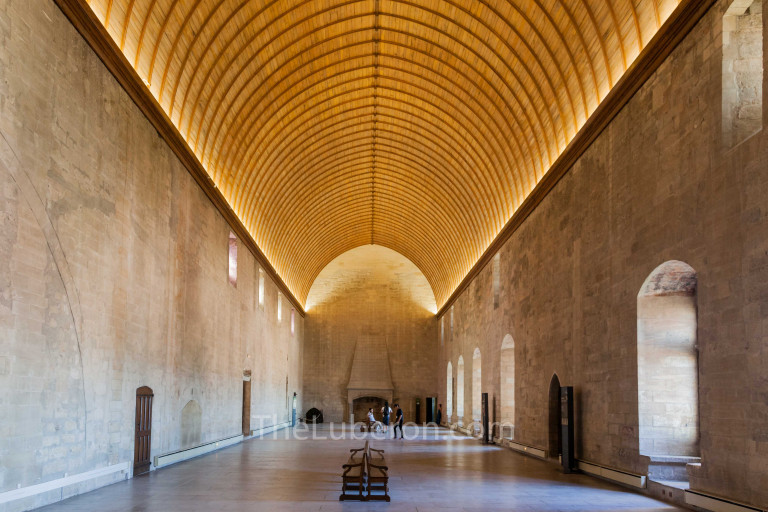 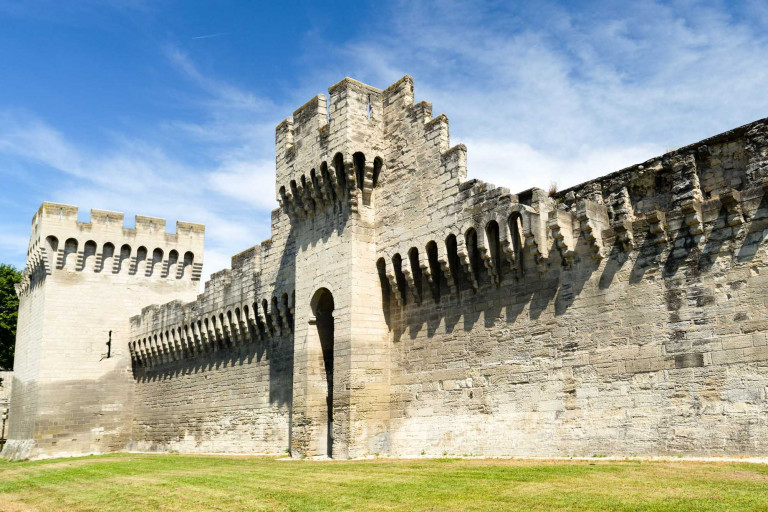 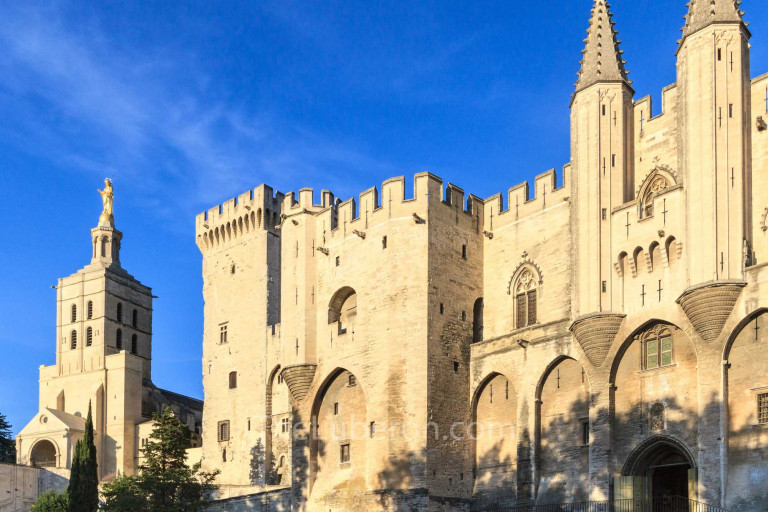 Avignon is a walled city whose glories take you back to medieval times, a UNESCO World Heritage Site, but also a lively town with the buzz of a world-famous arts festival in the summer. It is small enough to explore on foot, and doing so brings many rewards. There is nothing planned about the layout of Avignon, as a result you can wander the maze of streets and discover cobbled squares, beautiful churches and unusual little museums, and a rich spread of restaurants and cafes.

Everything of interest is inside the walls of the city, all the modern necessities like malls and apartment blocks are outside, and this gives Avignon a special sense of communion with its illustrious past. And don’t bother driving inside the walls, you need to be a local to navigate and there are good underground car parks around the city, the best placed being the Palais des Papes parking, from which you emerge directly in front of the Palais des Papes. 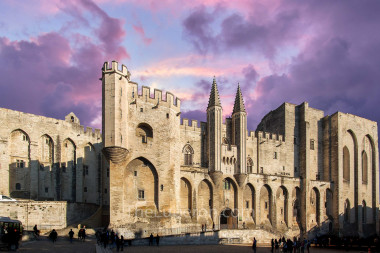 Why is there a Palace of the Popes in Avignon? Because in the 14th century the Pope left Rome for his own safety to rule from here, and successive Popes stayed for almost a century. This changed everything. New palaces, churches and city walls were built and at the centre of the city now is the home they built for the Popes, the Palais des Papes with its big open square in front (Place du Palais). This is now the scene for street entertainers and festival events in summer.

The Palais des Papes is impressive and well-preserved, although totally unfurnished so you need to bring some imagination to picture life here when it was the centre of the Christian world, a hive of debauchery and corruption. Looking at its towering walls from the outside you get an idea of the violence and paranoia that haunted papal life in the 14th century. This is more a defensive castle than a palace.

When the Popes were here the population swelled to 40,000, making Avignon one of the biggest cities in Europe, and much of what we can admire today in the architecture of the town dates from this period. 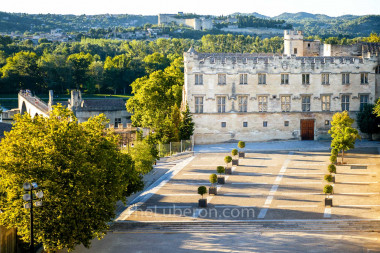 The Musee du Petit Palais, overlooking the Rhone, is at the top end of the square Place du Palais. This museum is a repository for artworks of the medieval age, including Botticelli’s ‘Virgin and Child’.

Above the Musee du Petit Palais you can walk up to the gardens of the Rocher des Doms, a promontory over the Rhone which explains why Avignon is built where it is - this high spot is a vantage point for miles around, and a good spot for photos of the Rhone, the castles of Villeneuve les Avignon, and of course the Pont d’Avignon below. 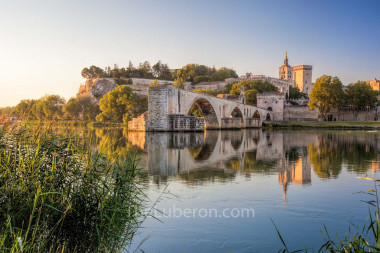 The Pont d’Avignon, or Pont St.-Bénézet, to give it its correct name, is the most famous landmark of Avignon. Seemingly this is down to a children’s song, ‘Sur le pont d’Avignon’. But it is basically an incomplete bridge that does not make it all the way across the Rhone. In fact only 4 of its original 22 arches remain. In its time the bridge was a main artery of commerce and a factor in the Pope’s decision to move here, now it is something of a disappointment considering that it is on the must-see list of everyone who visits Avignon.

Place de l’Horloge is the other centre of Avignon, at the top of the main thoroughfare, just round the corner from the Palais des Papes. You will know it when you see its antique carousel outside the town hall. Opposite the town hall is a row of restaurants which are a pleasant place to eat outside or have a coffee. This square was the Roman forum back in the day. From here you can set off to the nearby museums of Avignon. 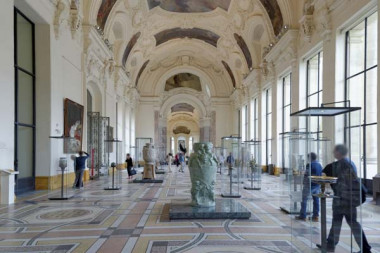 Musée Calvet, in an impressive 18th century mansion at 65 rue Joseph Vernet, originally opened as a cabinet of curiosities in the 18th century, and it still has an eclectic mix of exhibits – mummies, seascapes, Greek sculpture, wrought iron, tapestries - but also an excellent collection of 19th and 20th century art, with works by Toulouse-Lautrec, Seurat, Dufy, Utrillo, Corot, Vlaminck and Morisot. Not least impressive is the building itself, a palace from the Age of Enlightenment.

Next to the Calvet Museum is the Musée Requien, which is Avignon’s natural history museum. You really have to be a fan of botany, geology and zoology to get the most out of this, for example a massive herbarium of 200,000 specimens from round the world is not going to excite everyone. There is however a giant beaver from the nearby Sorgue river (stuffed)...

The Musée Lapidaire (museum of stone carving) in rue de la Republique is a museum of Gallo-Roman, Greek and Etruscan finds that explain a little about the changing civilisations which passed through Provence. There are statues, sculptures, sarcophagi and other stonework from down the ages.

At the Fondation Angladon-Dubrujeaud at 5 rue Laboureur are a private collection of paintings by Picasso, Cezanne, Manet, Degas and Modigliani, and the only van Gogh on display in Provence – ‘Les wagons de chemin de fer’ (the railway wagons). 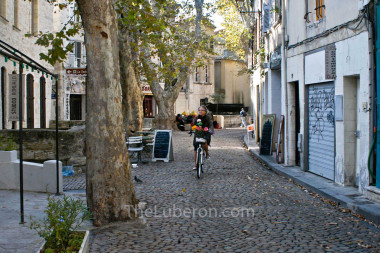 Had enough museums? Rue des Teinturiers is probably the most picturesque street in Avignon, one that looks like it hasn’t changed in 200 years. ‘Teinturiers’ are textile dyers, who used the stream that runs along this street to turn water-wheels and power their machines.

A couple of these water wheels remain in what is in fact a part of the Sorgue river, the same one that emerges from the deep underground at Fontaine de Vaucluse and made Isle sur la Sorgue a rich merchants’ town. Great plane trees gorge on this water and shade the cobbled street with its shops, bars and restaurants.

Carry on up rue des Teinturiers northward and you reach Place Pie with the Halles, the indoor food market of Avignon, notable from the exterior for the vertical garden adorning its facade. The market is open every morning except Mondays, till 1.30pm and 2-m at weekends. Inside you will find about 40 stalls selling fish, fruit and vegetables, meat or bread, and some specialising in regional produce like olives. The pleasure here is in the presentation and in the anticipation of what all this glorious produce is going to taste like.

Speaking of which, Avignon is, as you would expect, full of restaurants, and you don’t have to go the very best – Christian Etienne and Hiélly-Lucullus – for a memorable meal.