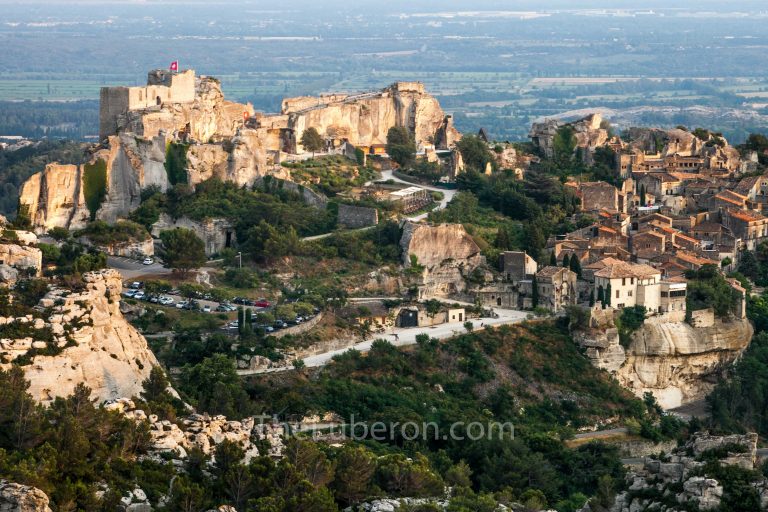 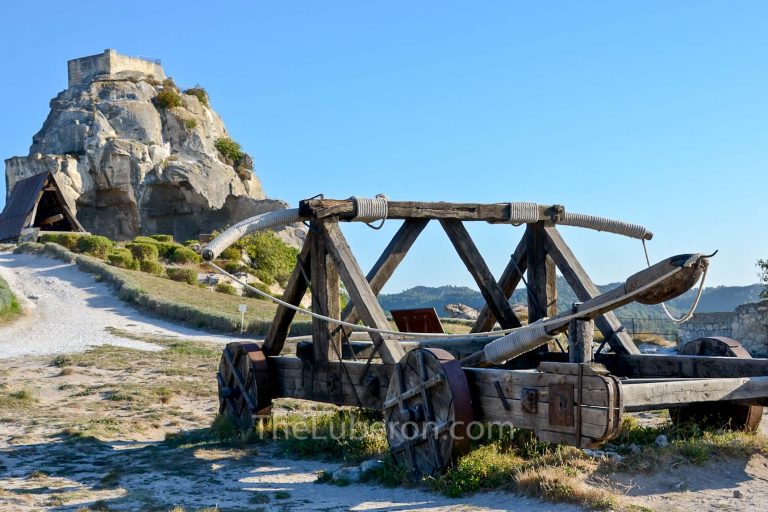 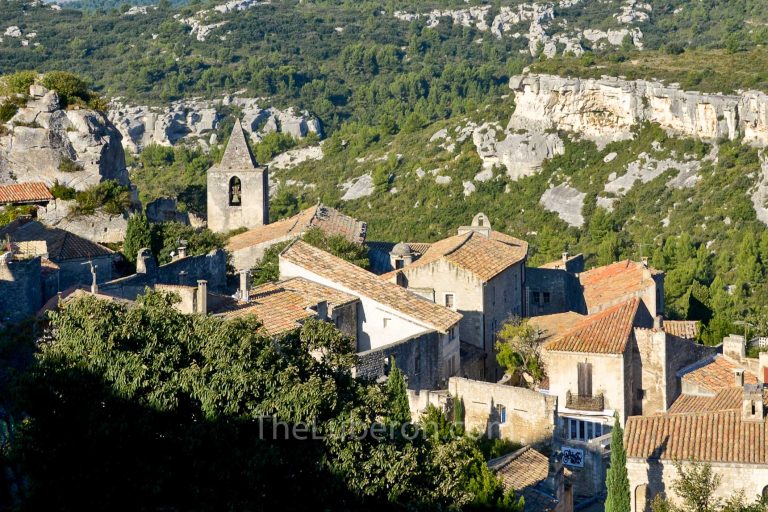 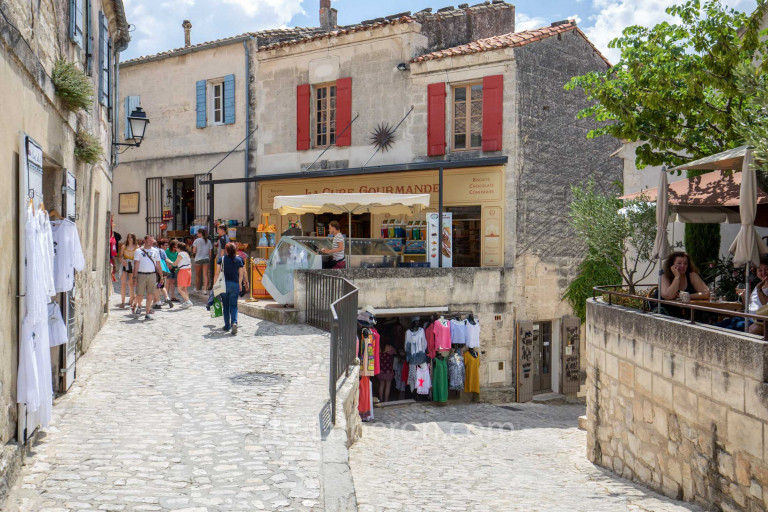 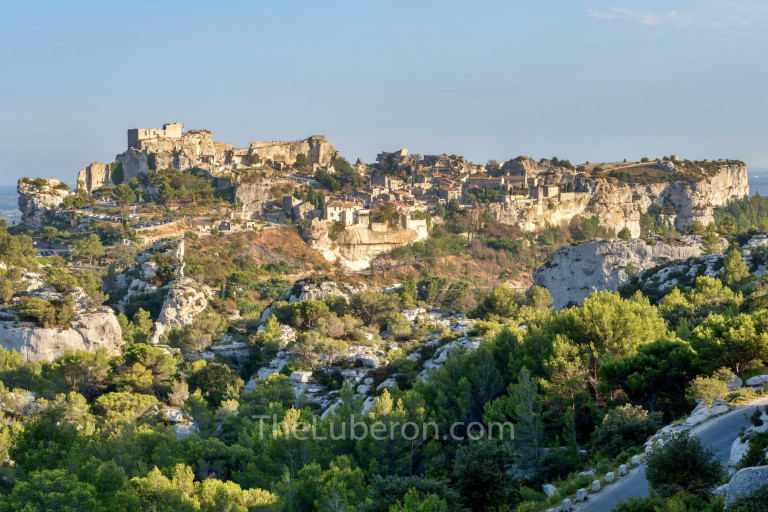 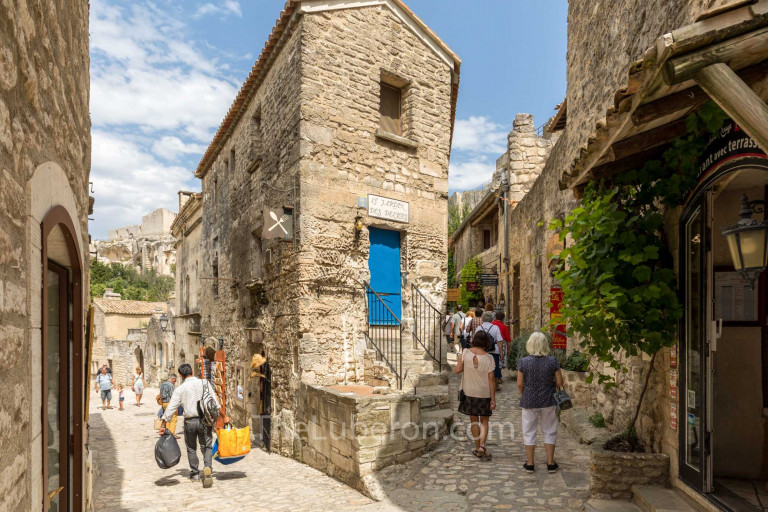 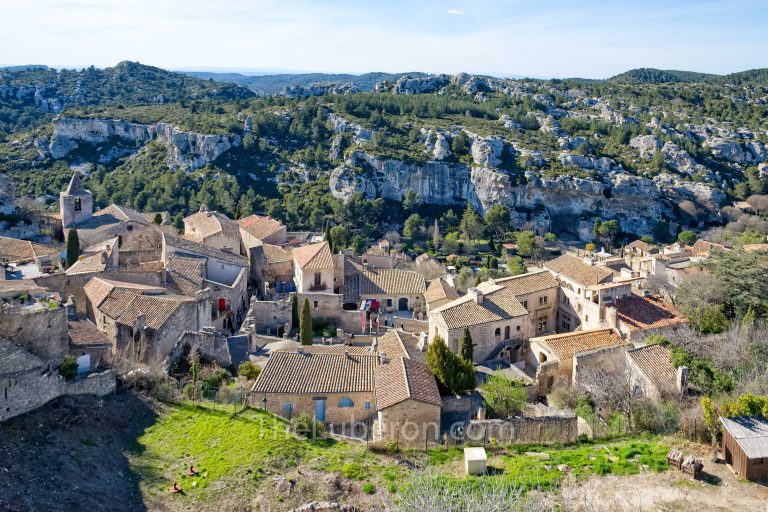 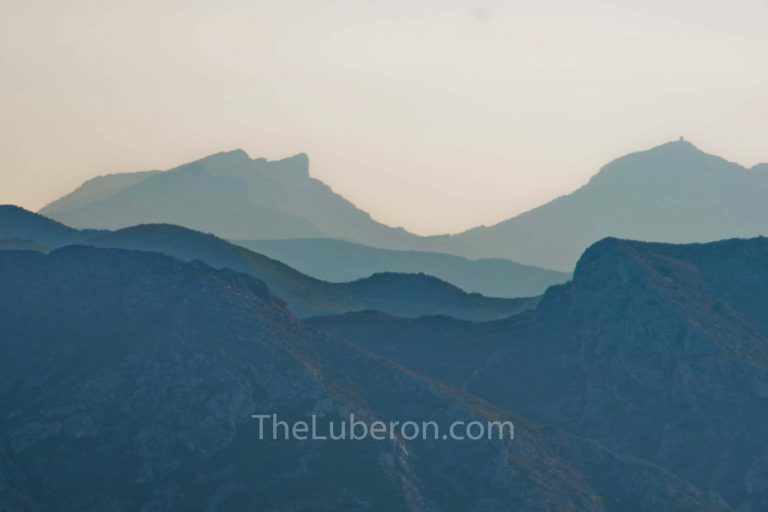 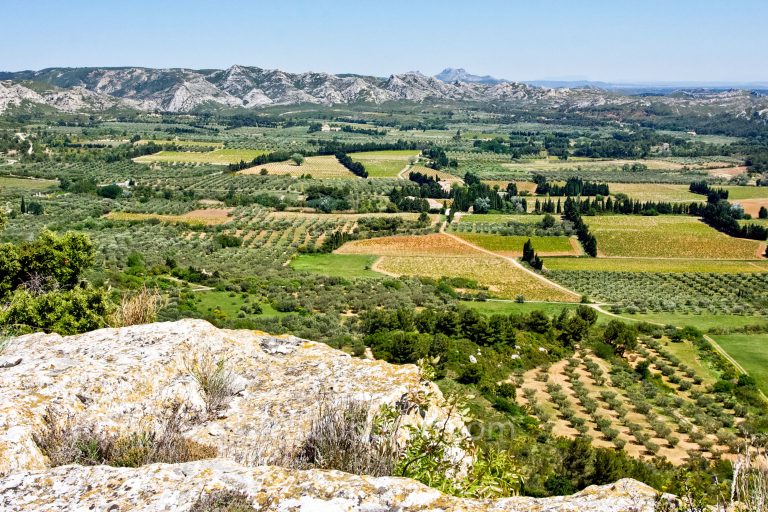 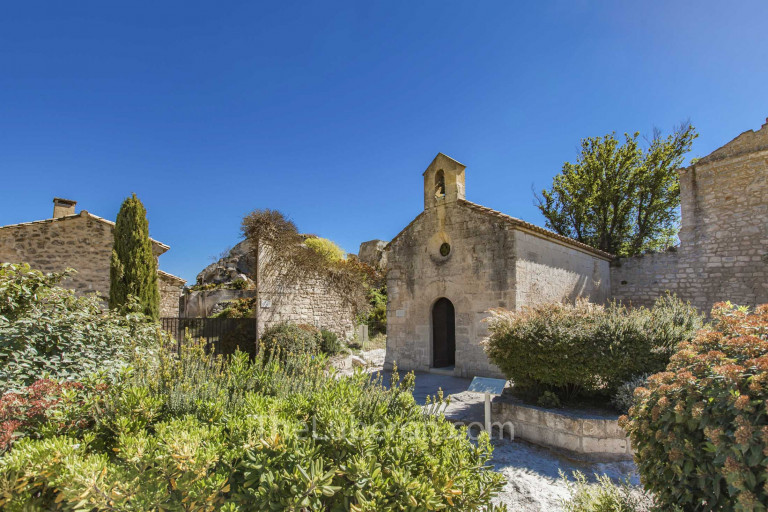 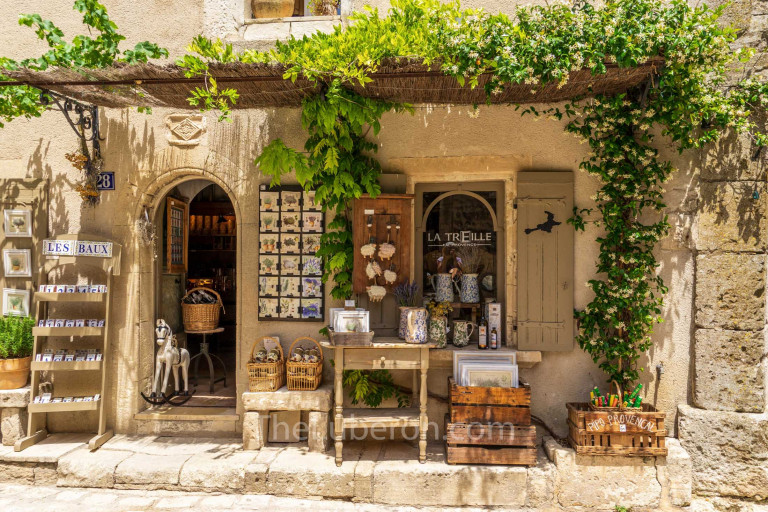 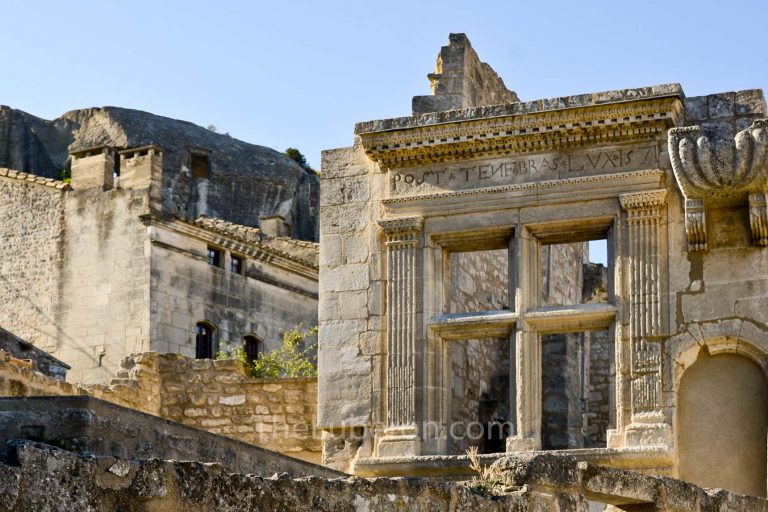 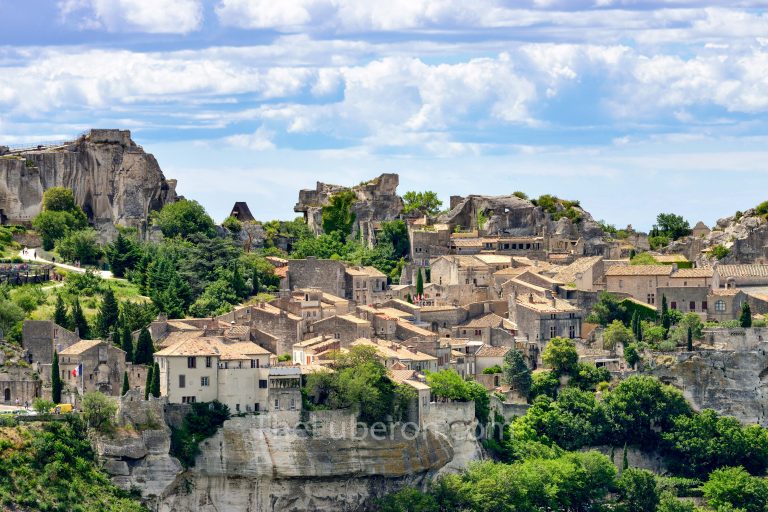 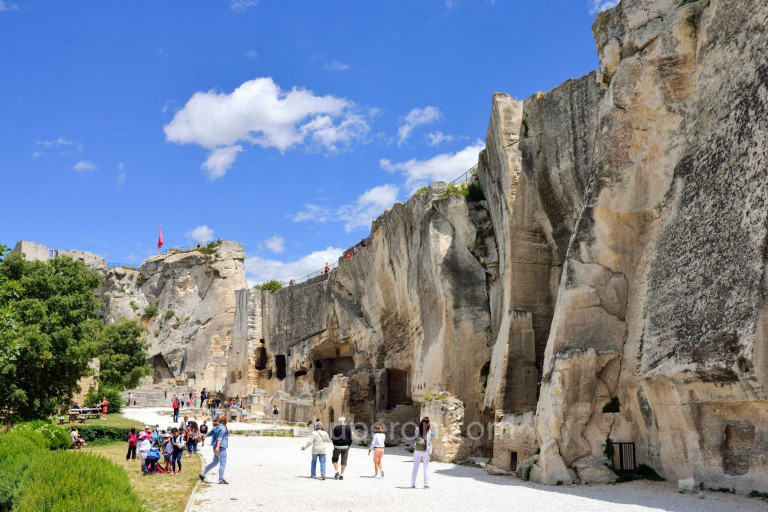 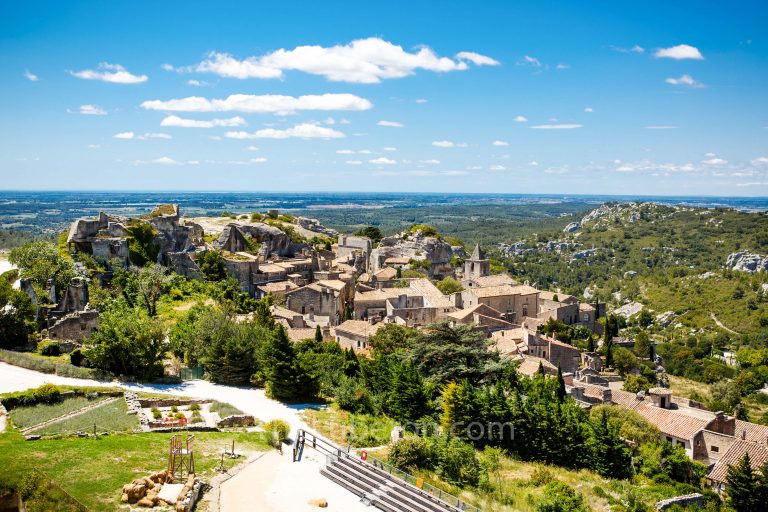 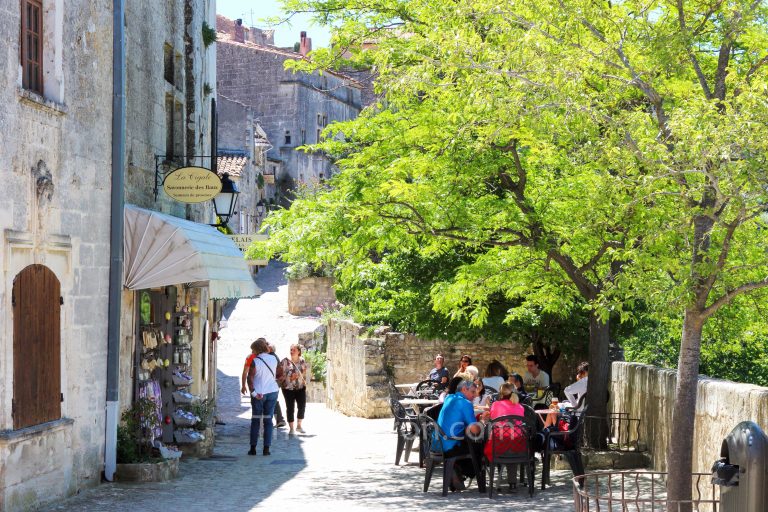 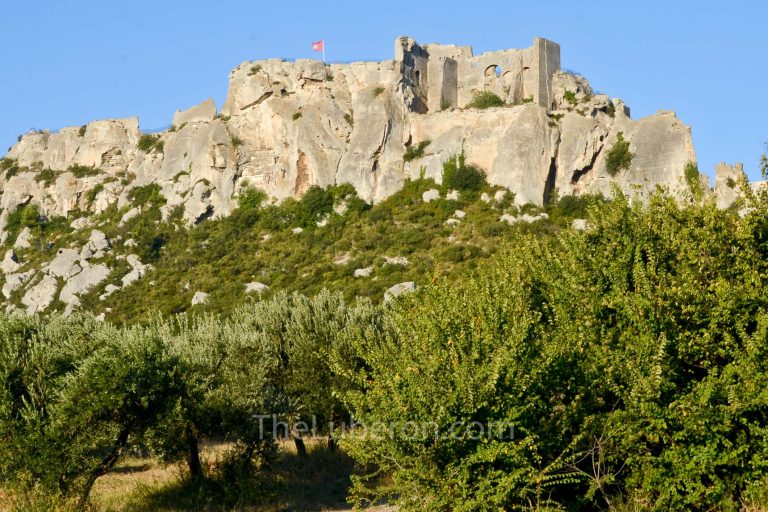 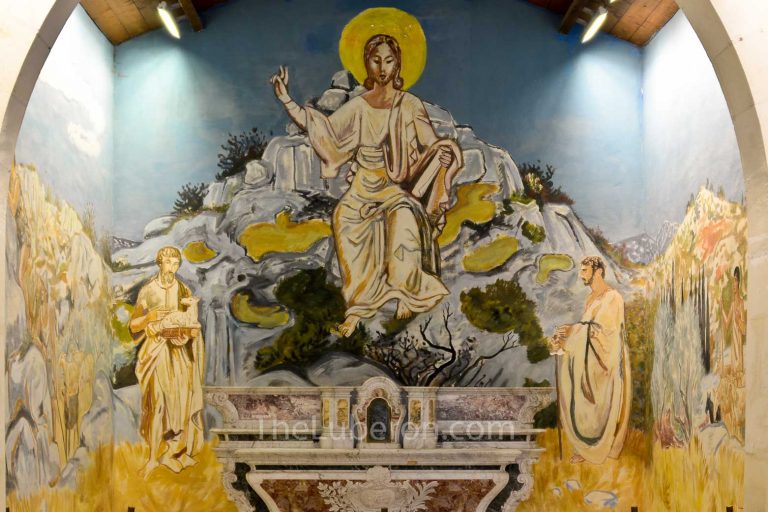 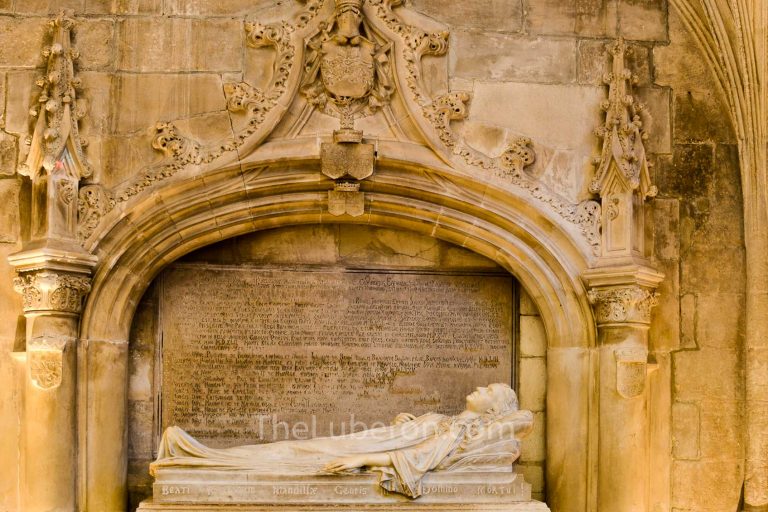 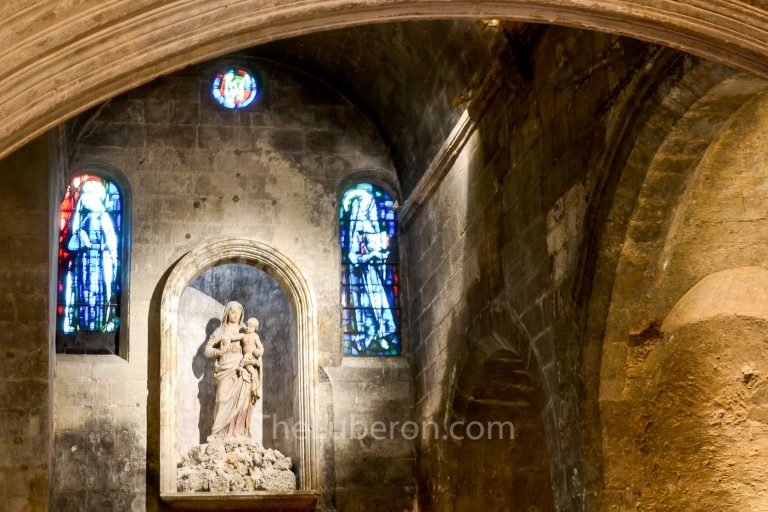 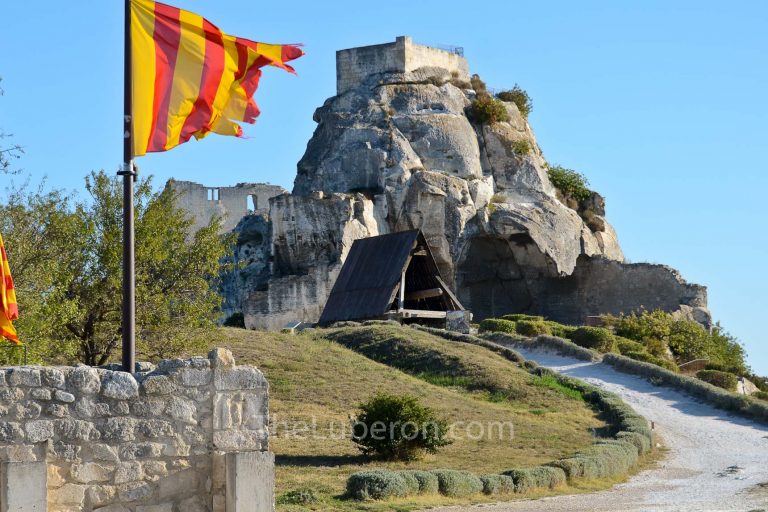 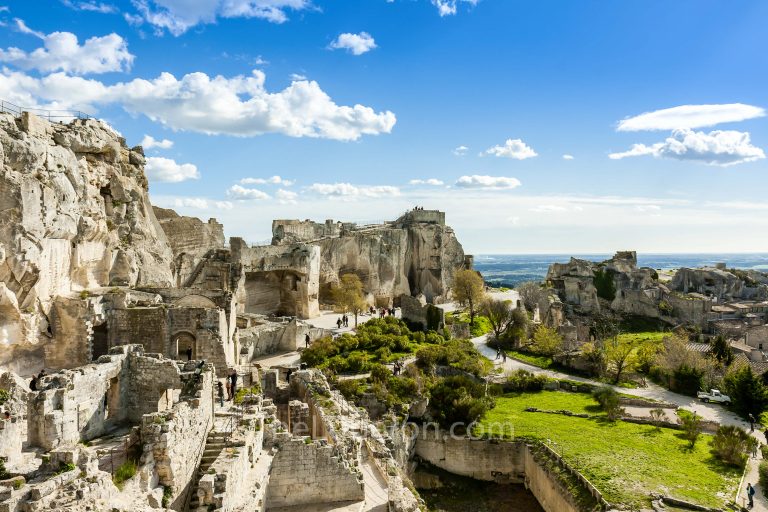 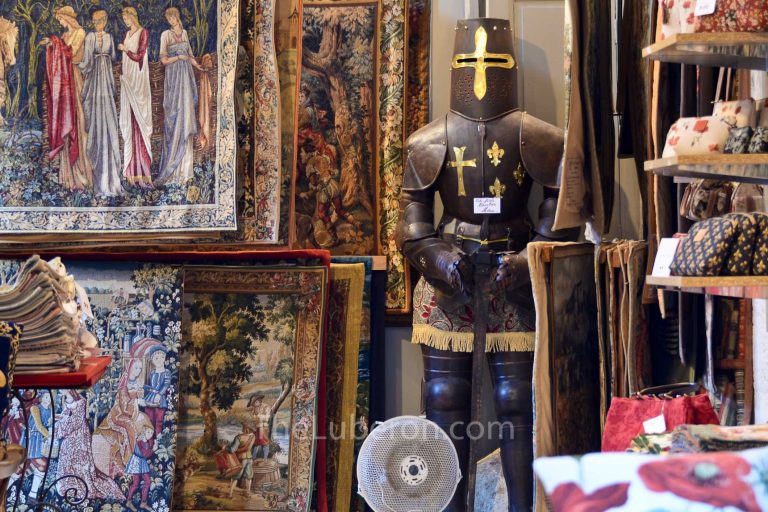 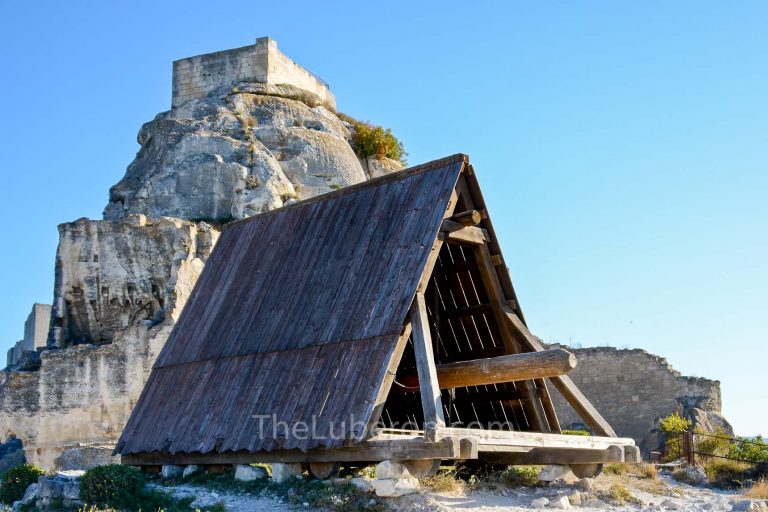 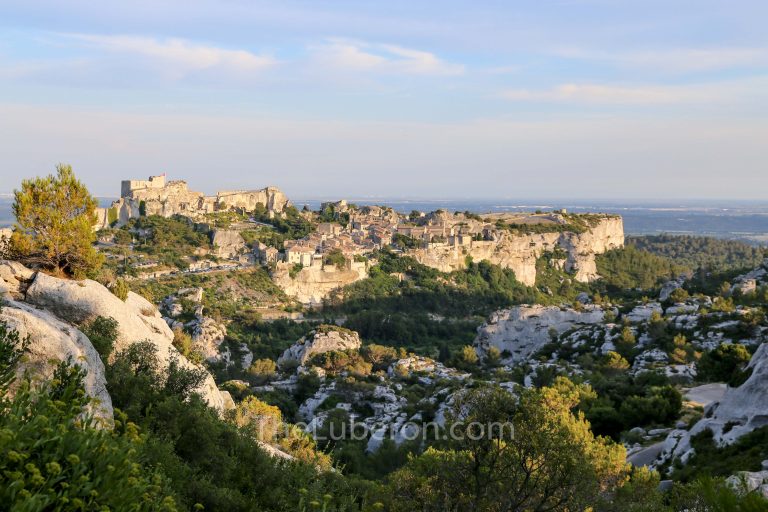 Les Baux is a spectacular rock plateau 250m up in the sky with views south over the Alpilles, and to Arles and the Camargue. It has such a superb defensive, dominant position that there are traces of habitation going back to 6000 BC. 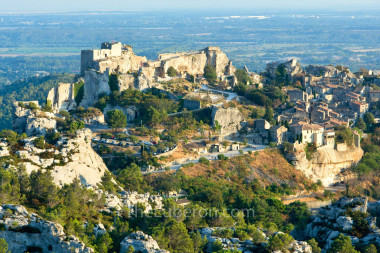 But things really got exciting at Les Baux in the middle ages when the warrior clan Les Seigneurs des Baux were in residence. From their eagle’s nest they waged war on everyone, near and far, even going to Albania. They never recognised the authority of French kings and emperors, and claimed to be descended from Balthazar, one of the three wise kings at Bethlehem. Their impregnable stronghold among the mysterious rock formations of the Alpilles mountains allowed them to do as they pleased.

After the Seigneurs, Les Baux changed hands, as prized possessions do. It became a mecca for troubadours from all over Europe, and then came the very unpleasant Raymond de Turenne, aka The Scourge of Provence. His specialty was to kidnap locals, and if their family could not pay a ransom, make them walk the gang-plank, straight off the top of the cliff... 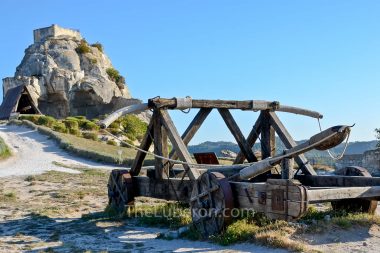 In 1632 Cardinal Richelieu ordered the destruction of Les Baux. And then it lay, dormant and empty but for a few strays living among the ruins, until the last century when it became one of France’s most popular tourist attractions.

Today there is the preserved village of Les Baux, with its many tourist shops, and at the end of that is the entrance to the castle and plateau, the ‘dead village’. Here you can walk around the ruins of the castle and houses, climb up to the top of the dungeon tower for even better views, and inspect the siege engines – wooden catapults and a ramming device. 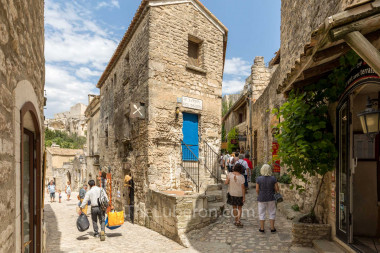 The village part of Les Baux is attractive enough to be officially one of The Most Beautiful Villages in France. If you want to find a relatively quiet corner, go down to the church, the Eglise St Vincent, with its beautiful bell tower, and next to it the Chapelles des Pénitents Blancs, a chapel with surprising modern murals. All in all, Les Baux has 22 architectural treasures classified as Historic Monuments, so a visit is richly rewarding.

You should know that every visitor to this part of Provence visits Les Baux. So go early if you don’t like crowds. You park at the bottom of the village and explore on foot. 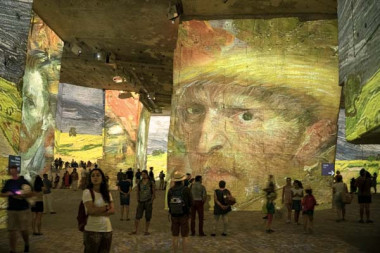 At the foot of Les Baux-de-Provence is another great attraction, the Carrieres de Lumieres (quarry of lights). Here in a disused limestone quarry in a hill, vast images are projected on quarry walls, with a new art theme every year. Past subjects include van Gogh, Monet, Gauguin, Michelangelo and Leonardo da Vinci. It's cool year-round in the quarry so even in summer you need more than a t-shirt.